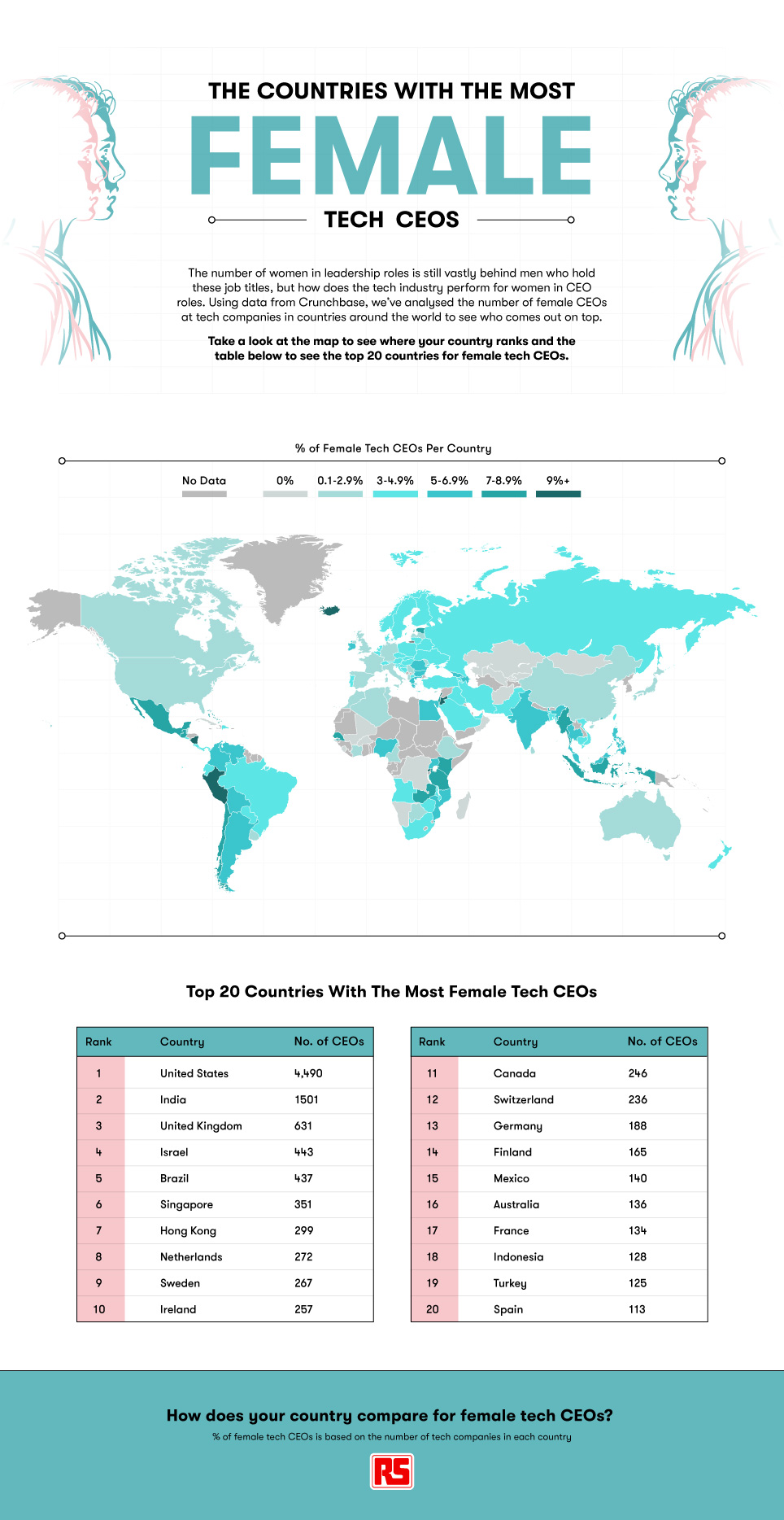 A CEO is the highest ranking executive in a company, and their primary role is to ensure the company runs smoothly – this includes making major corporate decisions, managing operations, being the main point of contact for board members and most of the time being the main face of the company.

However, a report last year found that less than 5% of women hold CEO positions at companies around the world. The report also found that forward-thinking countries such as Denmark were struggling when it comes to the number of female CEOs, with no women holding the position in leading companies in the country.

With that said, some countries have taken positive steps in improving the number of women in leadership positions. Norway introduced a mandatory quota to hit, whilst Denmark has set targets for the number of women at board level, as well as recruiting policies and developing female managers.

RS Components has researched which countries are leading the way and have the most amount of female CEOs running companies in their country. By a long way the United States takes the lead with over 4,400 (4,490) companies having female CEOs to run businesses.

Read Another Confession:   3 Dentistry Tips to Implement During Quarantine

Despite being the second country around the world with the most female CEOs, there is a large gap between the first-ranking country and the second, which is India with 1,501 companies lead by women.