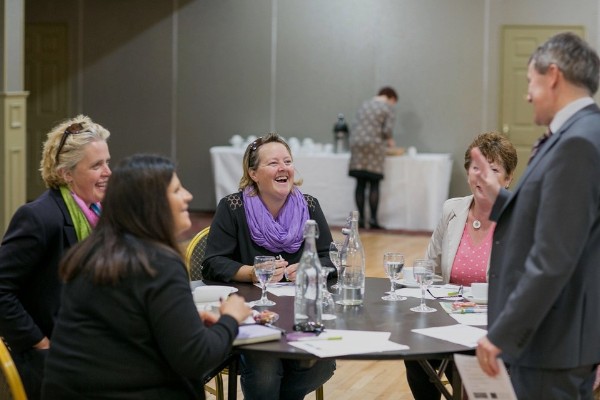 Back in the 1950s, only about one out of three women worked outside the home. Today, women make up nearly 50 percent of entry-level workers. A few professions, like nursing and teaching, are “pink-collar” jobs that are heavily dominated by women. Women, for example, make up about 90 percent of registered nurses. Over half of all veterinarians, accountants, and psychologists are women.

Unfortunately, there are still some jobs and fields that are practically boys’ clubs. High-level business executives, for example, are overwhelmingly male – and the problem starts early on. While women make up 48 percent of entry-level employees, they make up only about 38 percent of managers. For every 100 men who get promoted to manager, only 79 women do. The higher the rank, the worse it gets; only 22 percent of C-suite executives like CEOs or CFOs are female.

The usual excuses for this discrepancy do not hold true. Contrary to popular belief, women are not leaving the workforce at a higher rate than men. They are actually earning more bachelor degrees than are men, and they are negotiating raises and asking for promotions at the same rate as men. Their progress in the corporate world has still stalled.

Read Another Confession:   13 Things Successful People Do Before Going To Bed [Infographic]

Other fields of endeavor also lack female representation. Only about 17.6 percent of the clergy in the US is female, for example. Some religions and sects actually forbid the ordaining of women, exacerbating what some call the “stained glass ceiling.” As with corporations, leadership positions are dominated by men.

Only 3.5 percent of firefighters are female—as compared to about 14 percent of military personnel and police officers. In 2018, the fire department in Joliet IL hired its first female firefighter. Female firefighters often face problems like assumptions of incompetence and sexual harassment. In these and other positions, it can often be necessary to take matters to the law. It is important that women who are marginalized or harassed in big or small amounts feel safe in approaching gender based discrimination law services to ensure their rights are upheld.

Women make up only 5.2 percent of flight engineers and pilots. The problems here include the cost of flight school. As of 2018, the Aviation Academy of America charged nearly $60,000 for 12 to 15 months of training. During that time, students will log about 270 hours of flight time – but the FAA requires commercial airline pilots to have logged at least 1500 hours of flight time. Graduates of both sexes are expected to make up the difference while working as flight instructors. Pilots also often have to be away from home for days at a time, which is a problem for women with families.

There are many other occupations with limited female representation. For example, only 7.8 percent of aerospace engineers are women, and women make up just 7.4 percent of construction managers. Women make up less than a quarter of the farmers in the US and just one-fifth of software developers and camera operators. In 2018, Rachel Morrison became the first woman to be nominated for an Oscar in Cinematography.