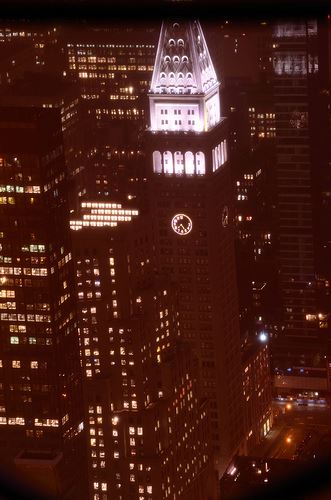 We all know that sometimes it can be difficult for businesses of all sizes to run effectively while caring for the environment around them. In the case of non-renewable companies and many fast-food outlets, their core activities seem antithetical to preserving the environment.

Most people would think that Intel is one of the largest computer companies in the world. What they might not know, however, is that the company is actually one of the most environmentally sensitive in the world, and that it has reduced its carbon footprint dramatically.

Through a combination of wind, solar, geothermal, low-impact hydro and other sources of energy, Intel ensures that 88% of its energy comes from renewable sources. These energy savings amount to removing 185,000 cars from the road yearly, or providing 140,000 homes with electricity!

Read Another Confession:   How Clean is Your Work Space? [Infographic]

They are able to negate 100% of their electricity use by having a uniform policy of purchasing environmentally renewable energy. What’s more, all the produce they sell is completely chemical and additive-free, and several of their stores run directly on solar power.

Whole Foods also take recycling very seriously, only offering environmentally friendly bags and biodegradable cups and plates. Any expired food they have is composted and donated to community greenery initiatives.

Kohl’s is a large US department store franchise with a turnover of around $18.4 billion per year. Like Whole Foods, Kohl’s also manages to source 100% of its electric energy from environmentally friendly mediums. In addition, they transport their products using trains and other vehicles that use green energy.

As a company which has been committed to protecting the natural world since its inception, it’s no surprise to hear that 52% of Starbucks’ energy comes from renewable sources. In addition, as it expands, Starbucks is constructing increasingly environmentally friendly stores, and it strongly emphasizes the importance of customers making personal efforts to save the environment. These include bringing refillable cups to Starbucks stores, and offering recyclable containers for customers to buy.

Read Another Confession:   How to Hunt for Job [Infographic]

Starbucks also aims to recycle all the food waste it creates, and buys fair-trade coffee directly from farmers, rather than through middlemen. This means that the farmers receive more money for their produce, resulting in better working conditions.

Amcor is a large multinational transport and packaging company with its main headquarters in Melbourne, Australia. As one of the largest packaging companies in Australia, Amcor has adopted a comprehensive environmental sustainability policy that addresses all areas of its operations.

The policy requires Amcor to, as a minimum, keep in line with regulatory standards on environmental sustainability across the globe. However, often, Amcor adopts environmental standards that well exceed legal requirements, and it routinely performs environmental audits on all of its facilities to ensure they meet the bottom line of conservation.

Mike Thompson is a budding entrepreneur. He recently leased office space from Tim Green Commercial, with the plans of building an environmentally sustainable business.