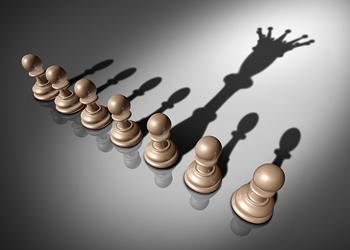 As you may know, Disney is currently in a complex succession situation as future CEO, Tom Staggs, stepped down, a move that now has the multi-billion-dollar company scrambling to find an executive ready to lead when current CEO, Robert Iger, retires in 2 years.

Disney is not unique in having this problem, as in the past many companies and organizations have found themselves in a situation where leadership positions were in question. Because of this succession planning has become increasingly popular, yet many outside of the business world have trouble understanding what it is.

Read Another Confession:   10 Packaging Hacks For Your Happy Move [Infographic]

What is Succession Planning?

Succession planning is the strategic approach to ensuring the necessary talent and skills will be available when needed, and that essential knowledge and abilities will be maintained when employees in key positions leave.

Succession planning can help mitigate symptoms of founder’s syndrome, such as relinquishment of power and position as well as interwoven identity. It also energizes and reassures the board by providing strategy development at the highest level and demonstrating that staff leadership is broadly shared and supported. It also helps the organization to embrace diversity. The board and management can take the opportunity to find new leaders from different cultures and backgrounds from their own.

Succession planning helps to guarantee the viability of an organization in case a key leader leaves suddenly, so it is a sound risk management strategy. In many cases, succession planning is often associated with higher organizational performance. It is also seen as one of the practices that can help increase the overall effectiveness of a board. This type of planning also helps organizations to refresh their leadership to ensure they continue meeting the needs of a constantly changing business environment.

Succession Planning is a Problem for Most Nonprofits

From the year 2009 to 2019, around 640,000 nonprofit executives will be needed. Unfortunately, 68% of all nonprofits do not have a formal succession plan. Only 38% of nonprofit boards have a written CEO succession plan in place.

Over 25% of nonprofit CEOs intend to leave office within the next two years, while another 25% plan on leaving office in the next three to five years.

Read Another Confession:   Trolling The Trolls

If a sitting CEO left office today, 78% of nonprofits would not be able to name a new CEO. This problem also affects profitable companies since around 50% of companies with an annual revenue greater than $500M do not have a meaningful CEO succession plan. This is according to a research published by the Harvard Business Review.

The Challenges of Nonprofit Succession Planning

The main challenge facing nonprofit as far as succession planning is concerned is that nonprofits are becoming less and less appealing to future generations X and Y due to: increasingly demanding executive tasks and lack of organizational infrastructure.

Another major challenge facing nonprofit succession planning is board participation. A recent study of 28 nonprofits identified three key problems in their approach to succession planning. Many of the boards were generally unprepared for the succession management tasks. The study also revealed that boards generally focus on the challenges of hiring a new CEO and ignore the opportunities presented by the transition. Another major problem is that boards prefer internal successors, yet two thirds of nonprofits do not have viable candidates. Ideally, boards should help new board chairs and staff leaders feel confident and help them find their own voices.

Any nonprofit without an effective succession plan should start by assessing the current culture in the organization followed by a determination whether placing an interim leader at the helm is the right path for the organization. The current CEO should also gain the commitment of both the board and staff leaders to intentionally manage the transition. A timeline for planned leadership succession should also be drafted. To make the process easier, there should be consensus on key priorities. The sitting CEO should also be an advocate for education. After all, only a small number of executives hold degrees in nonprofit management or even management. Professional executives can benefit greatly from management education, which will improve their performance and help to ensure organizational sustainability. The current CEO must also try to identify the strengths and weaknesses in the current team.

The message conveyed to stakeholders before, during and after transition should also be thought of well in advance as it can help make the process easier.

Contingency planning is an important part of succession planning. There should be a great deal of flexibility and back up procedures should be in place to ensure stability.

Strategic leader development: CEOs should make a plan to mentor and offer formal training to new hires with the aim of developing skills and sharing their experience. These tips will contribute greatly towards the success of the succession planning process.