The Importance of Texting #X 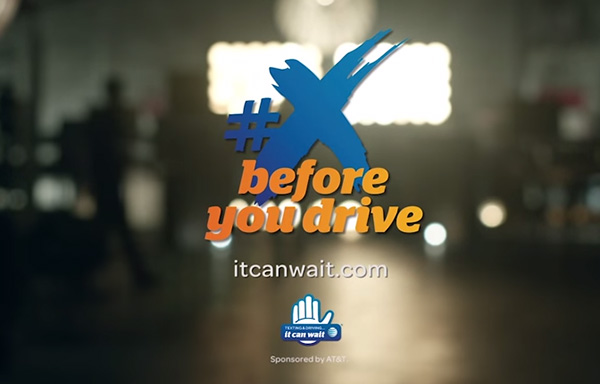 The issue with texting is that it can be seen as disrespectful, especially if someone is talking, and another person is texting. If that person is texting, than it is likely they are not paying attention to the one talking. This became a problem in schools for teachers, whom could not teach class without being interrupted by a student texting on their phone, leading to possible confiscation of cellphones.

Texting, however, proved to be useful for emergencies and business conversations. It is far quicker to send a text message of help or 911 to someone who may believe you are in trouble. Many businesses even use text to send messages from bosses to co-workers.

For many people, texting is a casual easy way to have a conversation, but for others, texting is an addiction. There are some people who cannot put their phone down or be without their phone for more than 5 minutes for worry or fear they will miss a text message. Unfortunately, texting causes a lot of distraction and vivid deferred attention.

Read Another Confession:   How to Make Your Background Checks More Effective

The problem has become so bad that people are disregarding the rules of roads. This leads to accidents and deaths by automobile, causing harm to the driver and any passengers involved in the car, the other car, or pedestrians. Many states have now passed strict laws banning hands-on cell phone use in cars, specifically text messaging.

The death and accident rate began to rise forcing many agencies and organizations to run campaigns against driving and texting. It is said that a texting driver is just as bad as a sleepy driver and an alcoholic driver. Most people may take a second or two to send or respond to a text message, but an accident on the road can happen in a second, and that second could even result in disability or death.

According to The National Safety Council report, there are about 660,000 drivers who will use or attempt to use their cell phone while driving. There are nearly 1.6 million crashes a year and 330,000 injuries, which equates to 1 in 4 car accidents being caused by texting and driving. An average of 11 teenagers die each day from texting and driving. 21% of those teenagers were on their phones. A teenager who has a passenger in the car doubles the risk, while two or more passengers are five times as likely to get into an accident. In 2013, 3,154 people were killed as a result of distraction-related crashes. 10% of all drivers ages 15 to 19 involved in fatal accidents were reported to be distracted at the time of the crash.

Read Another Confession:   Break Free From The Cubicle: 4 Jobs To Consider If You Want To Work Outside

These accidents and deaths were all preventable. The text messaging can wait a few minutes for you to arrive at your destination. Those few minutes could save your life or the life of other people. There is no real good reason to be texting and driving. No police officer or court of law will accept any excuse that you needed to be texting on your phone while driving.

AT&T has began a campaign called Hashtag X (#X) or #ItCanWait. Most text-savvy users can type this in less than a second. #X is known as shorthand. The campaign aims to get people to stop texting while driving or walking as a pedestrian and to type this to the receiver in order to let them know:

As AT&T’s slogan states: No text is worth a life. #X before you drive.

All it takes is one second for your entire life to change or the life of someone else, and when behind the wheel, it can only mean a turn for the worst. No text was important enough to die for. Please be considerate and safe on the road. Here is the seriousness of what a car accident looks like of people who were texting and driving.

A google search (clicking the link will reveal to you what I could not show you on this website), which includes people who took photos of the dead before the police arrived at the scene. The images are extremely graphic and should make you think twice about texting. The reality is that none of us are impenetrable to the impact of a tank, a one-ton plus machine of solid metal, steel, and plastic, that we call a car, slamming into us at top speeds. If we do not die, we will likely sustain life-long injuries that may leave us with mental or physical disabilities.

It is not worth giving up your current lifestyle or your life for a text message. If you happen to survive the car crash harmed or unharmed, but kill your passengers, pedestrians, or other drivers on the road, you could face vehicular or involuntary manslaughter or criminally negligent homicide charges which could land you in prison for up to 20 years, and your life will be over as you know it.

Texting and driving manslaughter case ends in guilty verdict: Manslaughter is a Class B felony, carrying up to 20 years in prison and fines up to $30,000, and criminally negligent homicide is a Class A misdemeanor, punishable by up to one year in prison and a fine of up to $6,000.

Teen charged with manslaughter in texting while driving case: The teen will be tried as an adult, based on the severity of the crime and how soon she’ll come of age – the teen could face up to four years in state prison if convicted of the involuntary manslaughter charge.

#X or #ItCanWait before you start your car and drive.