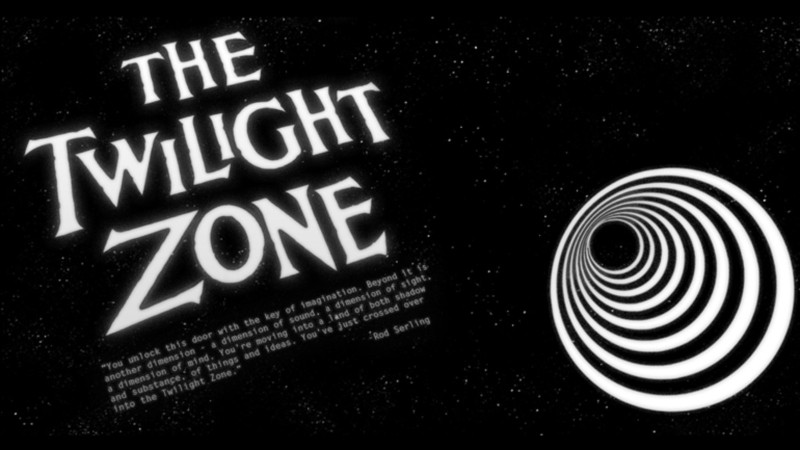 Whether you know it or not, Twilight Zone has a staple in Hollywood and continues to influence books, television shows, and movies. Every year, if you are not one of those people who goes out and parties with humanity and gets drunk in celebration of a new year, a new decade, then you are not one of those people who watched the Dr. Who marathon on BBC for Christmas week and then switched over to SyFy, it is like twenty-four seven science fiction overload and it is wonderful. If you are like me, however, I stopped watching the ball drop. I stopped watching the celebrations. I stopped watching the news. I literally spend the entire two weeks watching Dr. Who and Twilight Zone.

Twilight Zone is an amazing show. Any university could literally throw up a course on Twilight Zone and it would be an introduction course trying to cover years of psychotherapy and philosophy. There are various lessons to be learned through the episodes, and while you should catch the storyline, there are various mindfucks that get you every time. From the old to the very new, Rod Serling was born to literally tell these stories, all plausible and as credible as Shakespearean storytelling. These are just some of the many lessons learned while watching Twilight Zone.

I will not give away the episodes these are from, but if you are a diehard fan, you will probably recognize the references.

These are just many of the lessons learned from Twilight Zone and as we have now surpassed the year 2020, with many who did not make it through the year, and with much happening to the whole human race as a global community, we come to realize that with each passing day, the Twilight Zone is becoming more of our reality that we face. Twilight Zone serves as a great warning for what could happen to us and much of what has already happened to us. How we will use this knowledge to prepare for our impending doom or survival is up to the human race.

It is unlikely that we will ever learn from our mistakes. While a human being alone can change, adapt, and evolve, the human race is very slow to change, adapt, and evolve, or learn its lessons from the past, often repeating the same mistakes over and over until we either do something about it, learn to live with it, or pretend the pink elephant in the room is not actually there. If you have yet to see Twilight Zone, it is amazing, and even better when you accept that black and white is necessary to portray the best stories.

Read Another Confession:   5 Tips To Make Sure You're Paid For Overtime