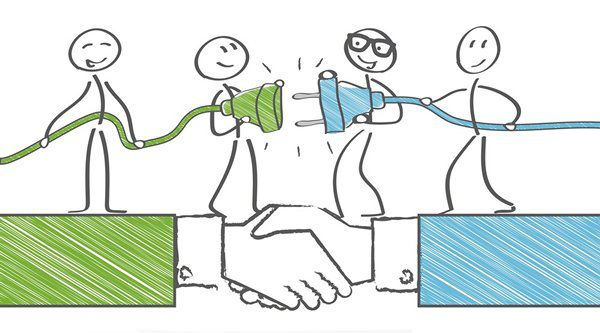 As you may know, World Entrepreneurs’ Day is coming up on August 21. The purpose of this day is to create awareness of entrepreneurship, innovation, and leadership throughout the world, as well as celebrate the people who started a business alone. Today, there are 28 million small-businesses in the United States and more than 500,000 entrepreneurs start a business each month. This infographic is a visual resource by New Jersey Institute of Technology that highlights the need for more entrepreneurs in the United States and how immigrants and millennials are the next working class to continue the growth of the U.S. economy.

This infographic highlights interesting facts about entrepreneurship like how millennials have launched twice as many companies across the world than boomers and immigrants are twice as likely to open their own businesses than native-born Americans in the U.S.

To learn more about entrepreneurship in the U.S. and the impact immigrants and millennials have on the rising population of business-owners, you can view the full infographic below:

THE NEED FOR MORE ENTREPRENEURS IN THE UNITED STATES

The United States is seen as the land of opportunity to start a business and achieve the American dream. While the U.S. economy was hurt in the Great Recession from 2007 to 2009, entrepreneurship remained strong in the United States. Millennials, however, were raised during the Great Recession and may hold on to those financial concerns while they get ready to become the majority of the working population. The question is whether they will put those worries aside and begin their entrepreneurial journeys toward starting their own businesses.

THERE ARE 28 MILLION SMALL BUSINESSES IN THE UNITED STATES

STATES THAT EXPERIENCED THE BIGGEST INCREASE IN RANKS IN THE 2015 START-UP INDEX, COMPARED TO 2014

STATES WITH THE HIGHEST PERCENTAGE OF IMMIGRANT ENTREPRENURS

According to the results of the Annual Survey of Entrepreneurs (ASE), different racial groups rely on sources in different ways:

ASIAN ENTREPRENEURS RELY THE MOST ON PERSONAL AND FAMILY SAVINGS 73.2%

CAUCASIAN ENTREPRENEURS RELY THE MOST ON BUSINESS LOANS FROM BANKS 18.7%

AFRICAN-AMERICAN ENTREPRENEURS RELY THE MOST ON PERSONAL CREDIT CARDS 17.6%

SMALL BUSINESSES AND THE GREAT RECESSION

The formation rate of new businesses went down in 2006, in the lead-up to the recession, and started to increase in 2007 before spiking in 2008. It hit its peak in 2009, when the rate was 17% higher than it had been three years before. The only other significant spike reported in the study occurred from 2001 to 2004, the period during which the boom times of the late 1990s gave way to the dot-com bust.

ENTREPRENEURSHIP DURING THE GREAT RECESSION WAS THE HIGHEST IN:

Through the Great Recession forces many businesses to close or file for bankruptcy, many start-ups were founded, driven by the high rise of unemployment.

FROM 2010 TO 2014, ROUGHLY 60% OF US COUNTIES WITNESSED MORE BUSINESSES CLOSING THAN OPENING

THE RETURN OF THE SMALL BUSINESS AND ENTREPRENEURS

UNEMPLOYMENT CURRENTLY STANDS AT 4.6% (the lowest rate since 2007)

IN 2015 31% OF ADULTS STARTED A NEW BUSINESSES EACH MONTH

According to the Global Entrepreneurship Monitor (GEM)

Read Another Confession:   Starting Your Solo Legal Practice: What You Need to Know

MILLENNIAL ENTREPRENEURS ARE MORE ACTIVE IN THE FOLLOWING SECTORS

With companies such as Snapchat, Facebook, and Apple leading innovation in their respective industries, entrepreneurship is attracting wider attention and piquing curiosity among young millennials. Entrepreneurial success stories of Elon Musk, Mark Zuckerberg, and Evan Spiegel are inspriing the next generation of entrepreneurs to take greater risks, set higher goals, and challenge themselves on a deeper level than previous generations.