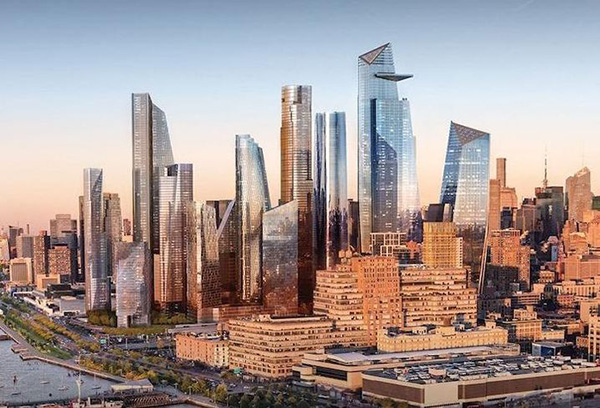 FlexClip - How to Make a Good Video to Promote Your Business
Biggest Cities Of 2100 - They Aren't What You Think! [Infographic]

GraphicSprings have collected new data that shows the most expensive office locations in the world, and revealed the results with an interactive map.

30th January 2019: New data released today from GraphicSprings reveals the most expensive office locations in the world. Technology-rich markets and talent hotspots often attract significant corporate interest, leading to rising rental rates. So which cities have become a magnet for talent and tech, with the price tag to match?

GraphicSprings looked at the annual cost of office space, per square foot, in all of the major cities around the world. They then used the average space needed for each employee, as recommended by TMC, to calculate cost of office space needed for a single employee, each year, in the world’s major cities. GraphicSprings have created an interactive graphic, demonstrating their findings, which you can view here.

These are the top 10 most expensive office locations around the world:

Rental costs for space have continued to rise in major office markets over the past year, with costs growing by an average of close to 4% in 2017, while the average amount of space per employee has fallen by 32% since 2010. Increasing recognition by business owners that their workspaces can be a key differentiator in the battle for talent has meant that well-located, premium space, with access to excellent amenities, is in strong demand around the globe.

So where are the most in-demand and expensive office locations?

Asia came out as the continent with the highest number of most expensive office locations, with China taking 4 of the top 10 spots, Japan taking 1 and Singapore taking the final spot. All 6 of these Asian cities are major financial centres and rank in the top 25 of the Global Financial Centres Index, so it’s perhaps not surprising that they are sought after office locations with the price tags to match.

In Beijing and Shenzhen, the annual cost of office space per employee is more expensive than domestic rents in the most expensive parts of the city. In Shenzhen, for example, employers pay over 20% more for a single employee’s office space than the average cost of an entire, furnished apartment.

Read Another Confession:   What Makes You Beautiful Based On Your Personality [Infographic]

It may not come as a surprise to see the US and UK in the top 10 most expensive office locations, as they are home to two of the world’s major financial centres and have booming tech industries. What is surprising, however, is that rent only accounts for around 80% and 62% of the total occupancy costs in the US and UK, respectively.

The remaining costs are made up of things like service charges and local government taxes. In fact, London has the highest proportion of additional costs of any city included in the top 50 office locations.

Evan Fraser, spokesperson for GraphicSprings comments “In business, location is everything but it’s important to find a balance between basing yourself as close to the epicentre of your market niche as possible, and finding office space you can actually afford.”–

Using calculations from TMC on the average space needed per employee, and the cost of office space per square foot from JLL’s Global Premium Office Rent Tracker report, we were able to establish an approximate office cost per worker in cities around the world. All data can be found here.

GraphicSprings is a free logo maker that allows entrepreneurs, small business owners, startups, and not for profits to create professional logos in minutes.

FlexClip - How to Make a Good Video to Promote Your Business
Biggest Cities Of 2100 - They Aren't What You Think! [Infographic]

Read Another Confession:   Being A Better Business Asset: Growing Within Your Role