Dear Department of Education
Asking For A Lower APR

The Penny That Cost A Company An Employee 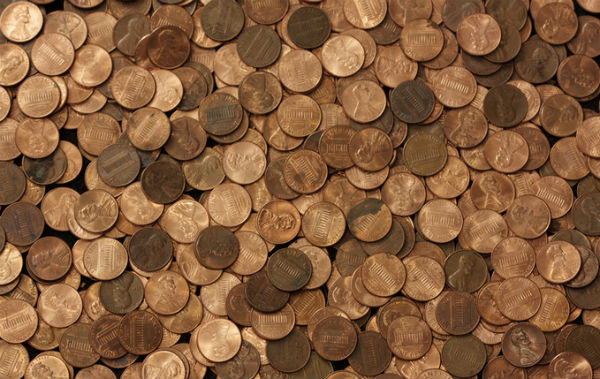 Most companies never thinking twice about loyal employees. Most people just need a job and employers will most likely hire them. The pool of unemployment is often filled with people who are willing to make any amount of money. And this pool is constantly replenished with people from all walks of life, from those just graduating high school, to those who just lost their jobs, to those who are looking to work again, or those who just need to work.

I was young, dumb, and just graduated high school. I knew I had to get a job and become an adult, or so that is what they tell you. I looked in the newspaper and saw a company hiring. I got the job and really did my best, as most people do, for at least their first year or second year before they realize, is this really all there is? While the job itself was never boring, it was boring. It was so boring that they paid other people to catch you sleeping. Luckily for me, it was rare.

Read Another Confession:   How To Beat Your Caffeine Addiction [Infographic]

It was time I made a decision … it must’ve been almost 3 years I had been working a minimum wage job after high school when I asked my boss, “Do you think I could have a raise?” And he said, “I’ll work on it.” A few weeks later, I noticed the penny raise in my paycheck. I thought it was a glitch but the only one who knew that I asked about my paycheck was my boss.

So… maybe he couldn’t directly give me a raise, but .. something messed with my paycheck and that really got me thinking, “Do I really want to be working for a company that could pay me more, but chooses not to?” Even if it was a glitch, that penny mistake cost them an employee and a complete change in my life.

During all this time working, I had been reading a lot, so I thought I was smart enough to go to college and I went to a local community college to apply. No regrets in my choice. I would try and be a part of all the college campus organizations and a few clubs. I would be involved. I would try to network. All while working a full-time job! That same job! Oh wait.. I had eventually changed it for another job.. wasn’t a bad job, but it was just a job.

Then the time came.. I graduated.. Associates. The time to decide what I should do. It took me three months to make the decision and another three months to pick a destination. Bachelor’s Degree. In a new state.

I would then go there and a lot of great things happened.. I moved and got to live in downtown Chicago… I got to meet some really loving and warm people. I even got to meet and date the girl of my dreams for a while… though I can’t say that has a happy ending. Anyways, I ended up graduating, and because of an organization I was a part of that got me back in touch with my Jewish lineage, I went on to teach English in Israel for almost a year. I then moved back home, low on money, and student loans mounting…

I was staying with my mom and applied to any and all jobs across the boards… a programmer job hired me. Long story short… I ended up meeting my wife on that job, learning from a tyrannical boss, who taught me all the great things I know which would lead to my success, but we both left that job, because we could no longer grow there, and then we got a few other good jobs which led me to where I currently am at.. a company that eventually moved me and my girlfriend across the country, and well…

I’ve since driven across the country and the entire state of California and many states across the west. I am able to make money from my hobbies. I never imagined my life like this. And yeah, there’s plenty I could complain about.. wish things were different, but why? It happened this way. Life never went as expected at all.. but it was a penny that cost a company a loyal employee… and that penny also changed my life.

Dear Department of Education
Asking For A Lower APR