UK Cities With The Best 5 Year Business Survival Rates
How Long Did It Take The World's Biggest Brands To Turn A Profit? [Infographic]

Best Cities For Startups In UK 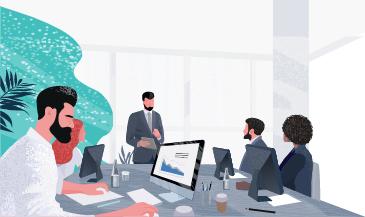 New research, released today by BusinessComparison.com, reveals fresh insight into the state of startup survivals in the UK. The research, backed by recently published ONS figures, shows that just 4 in 10 startups in the UK (42.4%) survive their first 5 years in business.
The research further looks at the cities with the best, and worst, startup survival rates in the UK…
UK Cities With The Best 5 Year Business Survival Rates
The city with the best survival is Bristol, with 44.4% of new startups surviving to the five-year mark, backed by an economy built on industries such as creative media, electronics and aerospace.
The only other cities to show a higher survival rate than the national average were Brighton and Hove (44.1%) and Leeds (42.9%).
UK Cities With The Worst 5 Year Business Survival Rates
At the other end of the scale, Plymouth is the city that has the lowest startup survival rate in the UK, with less than one in three (30.7%) new ventures lasting five years or more.
The full research can be seen here:
https://www.businesscomparison.com/startup-cities
UK Cities With The Best 5 Year Business Survival Rates
How Long Did It Take The World's Biggest Brands To Turn A Profit? [Infographic]

Read Another Confession:   Consultant In The Private Intelligence Industry [Interview]