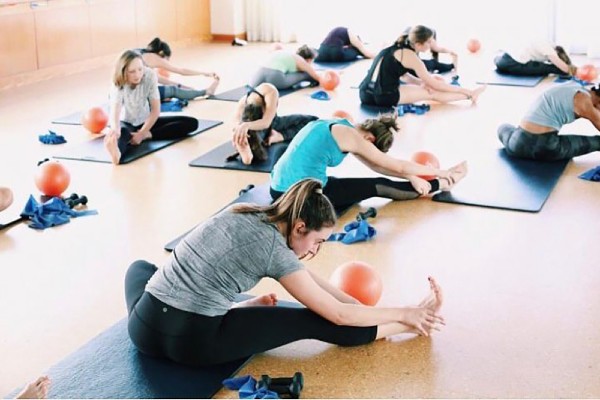 Puregym reveals which jobs are hitting the gym the most, and the professions that prefer after-work drinks to an evening workout.

Ever wondered how some people can find the energy to hit the gym after work? Turns out, it could all be down to their day job.

Puregym surveyed over 2000 employees to reveal the UK’s fittest professions, and the exercises they choose to do depending on their job.

Which sectors are most motivated?

People working in Science and Mathematics work out more than just sums, as they head to the gym more than any other sector in the UK.

Nearly a third (30.2%) of researchers and accountants go to the gym on average 4-6 times a week, with 44% using the gym to relieve stress and improve their mental wellbeing.

Turns out, these guys love to boogie, as 30.6% of them chose Zumba as part of their top three exercises.

The construction industry ranked second, with workers spending a huge 165 hours on average in the gym a year.

Read Another Confession:   Rants from a UPS driver

In the gym, these workers prefer to pump iron – with most respondents choosing free-weights as their favourite exercise.

Beauty and Wellbeing weren’t far behind, with most of these employees choosing to work on their bums and tums at the gym, spending 162 hours a year there on average.

And the least motivated?

30.8% of health & social care workers attend the gym just once a week or less on average. Whilst improving your general health is the number one priority for most sectors, improving your mental health also ranked highly, with 55.6% of students selecting this as a decided factor.

Interestingly, sharing gym time on social media seemingly motivates both professionals in the art and design and sports, leisure and tourism sectors.

Cardio ranks number one for most popular exercise, with all but one of the industries surveyed listing it in their top three. Free-weights also rank highly, with 90% of sectors including IT and digital selecting it.

Yoga proved popular with both media and hospitality sectors, but not so much with transport and distribution workers, with only 2.9% of those surveyed a fan of the downward dog. And finally, because we all love a pun, energy professionals such as electricians really do love circuits, 31.4% of them included the exercise in their top three.

A high price to pay for a workout?

They say it’s all about the money, but how does our salary affect our exercise habits?

For people earning £50k-£75k it’s all about the bike – with resistance training and indoor cycling their top exercises of choice.

Finally, for professionals earning £75k-£100k a mixture of yoga, circuits and Zumba is most popular, whilst it’s all about aerobics for those high earners making £100k or more.