Positive Thinking: How To Train Your Mind
My First WordPress WordCamp 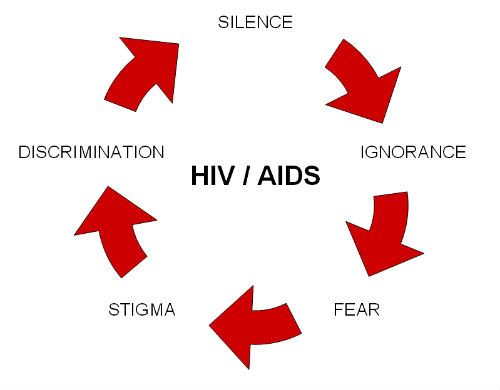 AIDS (Acquired Immune Deficiency Syndrome) and HIV (Human Immunodeficiency Virus) are two conditions that have faced a lot of misunderstanding and panic over the years. Due a lack of knowledge and understanding at the outset, many of those who had the disease were very unfairly treated in terms of exclusion.

HIV and AIDS really came to the world’s attention in the late 1970s to early 1980s. Historically, the origins of the disease go back to Africa (Democratic Republic of the Congo) and the 1950s but a lot has evolved since then. Primarily what has changed is the success of treating those who contract it. Previously if you contracted the disease, you were little chance of living such was the aggressive nature of the disease. Today through medical science advances, HIV and AIDS patients are able to generally live ‘normal’ lives through a specific package of medication and care.

Of course, access to this kind of service is primarily in first world countries and while the situation in third world countries has improved it still requires greater attention and many organizations devote their time and effort to this endeavor. Attitudes to those who have the disease have dramatically changed also. Previously HIV and AIDS patients would have been for the most part shunned but following concerted efforts around the world and by various celebrities and dignitaries like Elizabeth Taylor and Princess Diana (an image of the princess shaking hands with a HIV-positive patient was shown around the world), this is no longer the case.

Read Another Confession:   Leadership Lessons From the Road [Infographic]

This infographic from Study Medicine Europe breaks down some interesting statistics and data about HIV and AIDS. It also aims to inform about some of the medication available to treat the virus and also ways to prevent its transmission.

HIV/AIDS is still one of the world’s most significant health challenges, particularly in low- and middle-income countries.

Infection results in the progressive deterioration of the immune system, breaking down the body’s ability to fend off some infections and diseases

AIDS refers to the most advanced stages of HIV, with the occurence of any of more than 20 opportunistic infections or related cancers.

The earliest known case of infection with HIV-1 in a human was detected in a blood sample collected in 1959 from a man in Kinshasa, Democratic Republic of the Congo.

HIV has existed in the United States since at least the mid- to late- 1970s.

JULY 2014 Globally, an estimated 37 million people were living with HIV and 2.6 million of them were under 15.

An estimated 2 million people were newly infected with HIV in 2014.

Antiretroviral drugs are referred to as ARV.

ARV are medications that treat HIV. They do not provide a cure. However, when taken in combination they can prevent the growth of the virus. When the virus is slowed down, so is HIV disease.

Read Another Confession:   Bidet Facts And Statistics You Should Know In 2021

Asia and the Pacific
5 million people live with HIV.

Positive Thinking: How To Train Your Mind
My First WordPress WordCamp