ONET Insights: Agents and Business Managers of Artists, Performers, and Athletes
Things To Consider Before Quitting

The Lesser Known Job of Actors and Actresses 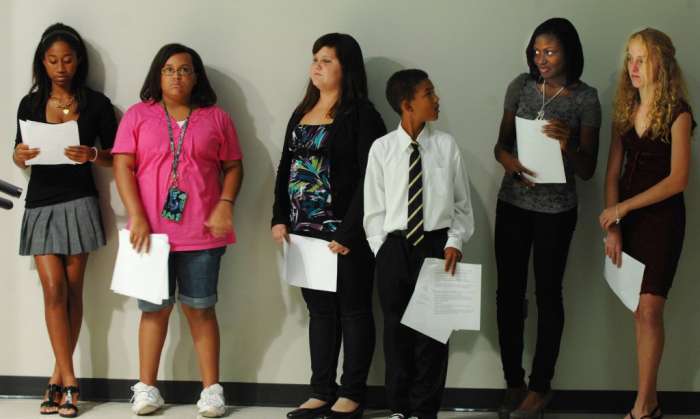 When you think of actors and actresses, most of the time, you think of them on the big screen and with big recognizable names. They also star in your favorite television shows and television movies. Most of your friends know who they are and you can talk about them by their names and know whose talking about who. These A-name celebrities make an insane amount of money that most of us will never see in several lifetimes, but they have achieved celebrity status to the point where what they do can influence and change the world. The less recognizable, however, are still actors and actresses between those television shows, or even those with lesser roles, who are called extras, or star in shows and have just a few scenes, but are an important part of the show.

These lesser known actors and actresses are important to the commercial and advertising industry and although they may have once dreamed of starring in movies, they took jobs in commercials. They appear in commercials and on billboards as regular people and that is what they do as a job in their everyday life, showing up to a set and receiving a paycheck for their performance. They may have their faces shown or they may just stand in the background for a commercial, as an extra. Some may provide body parts, such as hands, feets, lips, or a smiling face. Others may even lend their babies to star in commercials, with compensation, of course. Commercials are run year-round, every minute of every day, but the one day they are prominent is during the Superbowl.

Research of their salary maintain they usually have a contract that allows them to be on-call for any commercial and their compensation amount varies, as they may be paid a one-time fee or a small amount every time the commercial is aired, which can amount to $100 or more every time the commercial is shown. Some companies pay them a one-time fee of a thousand dollars or more. Salaries are highest in New York, Los Angeles, and Chicago at almost $2,000 per commercial. These actors and actresses can earn anywhere from $10,000 to $50,000 a year. At the end of the day, they are nameless and barely memorable, but it is their job.

In addition to commercials, there are many shows that have become more like documentaries and require re-enactment actors and actresses to portray the story as it is being told. For example, if you have ever watched Investigation Discovery channel, there are plenty of actors and actresses who portray police officers, the suspects, the victims, etc. In one show, Homicide Hunter, the man who portrays Lt. Joe Kenda is Carl Marino, and has appeared on all 63 episodes since 2011 as the main actor. Although this actor is not a big name nor has he appeared on any movies, he mostly acts for television series.

Research shows that the average salary averages to about $48,000 a year. When it comes to acting on television or commercials, there is no shortage, and there is a constant demand for new faces and new people, so while there is a stigma of actors and actresses being poor and unable to get work, there are plenty who have turned to television and commercial acting to make their livelihood. There have been several successful commercial actors and actress who have risen above the norm, to make a salary way above average, including:

Read Another Confession:   Life Of A Disabled Man Impacted by COVID-19

These are just some of the small-time actors and actress who made it big because they have been largely able to help “brand” the products, increasing the popularity, and earning the company money, so it makes sense they are compensated for being “the faces” of those companies. While it is very rare and may take months for these companies to see the ROI, they certainly want to keep those faces who made their brand more popular. Whether it was the personality of these people or sheer luck, they remain the most successful commercial television actors and actresses.

Many celebrities who are now in movies also began their history in commercials, including:

There are also plenty of actors and actresses who may be ongoing to represent a company or provide their celebrity status for a one-time commercial including:

Read Another Confession:   Over Three-Quarters of Self-Employed People Use Personal Mobiles for Business [Infographic]

Commercials are no set back at all, as many big-name celebrities are doing plenty of commercials all the time for automobiles, alcohol, beauty products, credit card commercials, and more. While the list above only contains what the big non-name celebrities make, it does not include what the big-name celebrities make, which is most likely in the millions or more, way above the highest pay rate of a non-celebrity. Air time is usually less than 30 seconds for commercial actors and actresses, but the payout can certainly be rewarding, especially if there is a demand.

If you are considering a job in acting, you should not limit yourself to just thinking you are just made to star in movies, but you should get your start somewhere, and it may just be in commercials or small-time acting roles to portray the dead guy or dead girl in a series episode on Investigation Discovery. Many of the now-famous actors and actresses at the time were not famous nor were their names even known, and while those commercials were certainly not their “big breaks”, they helped those actors and actresses get to where they are today. There is no limit to the amount of growing jobs in the commercial and documentary-television show industry, and the demand for new actors and actresses is likely only growing, as there is no shortage of people who watch television. If you wish to prepare yourself for becoming an actor or actress, here is a resource to help you get started.

ONET Insights: Agents and Business Managers of Artists, Performers, and Athletes
Things To Consider Before Quitting