Google Links and Resources
The Dark Side of Google [Infographic] 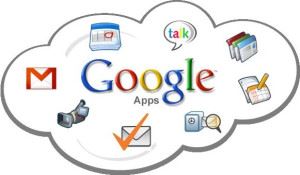 For some people, Google is the greatest company that has ever existed, has contributed so much to changing the world and technology, and continues to be an influence for many people and companies. Google has helped companies get noticed, get their brand out there, and get rich doing it. Google has also helped many companies and people get rich from specializing in understanding its search engine algorithms and promising to boost rankings in a Google search. Google also created another set of people and companies hoping to get rich by promising to fix penalties Google has placed on Internet websites. For everything Google does, there are always people out there to harness in on the power of Google and figure out a way to make money doing the things Google wants or undoing the things Google does not want.

On the other hand, there are also some people who despise Google, hate it with a passion, have boycotted it, want nothing to do with it, have switched to alternative search engines and products, and do everything in their power to destroy it or go against it by not obeying the rules and policy it sets for being displayed in its search engines. They feel as if Google is trying to change too much the way the Internet works and feel that Google has no right to do so.

For those of us who knew the world before Google existed, who knew the Internet before Google existed – using search engines such as Yahoo, Lycos, and Webcrawler to find the websites we were looking for – though it is hard to recall if there were many people at play fooling these search engines with meta keywords and keyword stuffing, it was a revolution that Google eventually stopped. There was a time when Google did not exist, when most research and data was done through a card catalog at the library, and “researching” on the Internet was hardly a thought. But what if Google never existed? What technology would disappear? What would we be using instead?

This infographic hypothetically begins to eliminate all things Google. Check it out and see if you would miss Google if it was gone for good.

A World Without Google

What if there was no Google™?

Who would take Google’s Place?

Yahoo was once pitted to be everyone’s portal to the Internet, however once Google’s minimalist design gained more admirers users began to have less tolerance for the cluttered and busy layout of Yahoo’s homepage. Yahoo has also lost the support of many by buying popular services, notably bookmarking service del.icio.us, and then not supporting them. Del.icio.us was recently rumored to be closing, by Yahoo, has stated they are looking to sell the property. Many think that this mishandling is indicative of Yahoo’s inability to meet and understand the needs of its users.

Microsoft’s foray right into the middle of Google’s bread and butter. In July 2009 it was announcted that Bing would power Yahoo Search. Notably, bing changes the background image of their search engine daily to show noteworthy places or interesting things. Microsoft paid Verizon $550 million USD to ‘turn off’ other search engines on Verizon’s Blackberry and make Bing the primary method of search. Bing has received some criticism for being slower to index websites than Google, perhaps because of their lack of advanced algorithms and optimized server farms.

Would we be better off?

Google retains its user data indefinitely leaving a goldmine of data about people that Google could potentially misuse or could fall into the hands of a “big brother” government agency.

Google is a monopoly on web search, and has already proven to place their own services higher in results than independent company websites would get through popularity. Monopolies are dangerous.

The benefits of Google’s services outweigh the potential risks of it being misused. If you have nothing to hide you shouldn’t worry anyway.

Google has shown to reflect their slogan “Do No Evil” and has respected its user privacy, encouraged open-source software, and given millions to philanthropic organizations. They have earned the trust of their users.

Infographic brought to you by: SingleGrain

Google Links and Resources
The Dark Side of Google [Infographic]