How Dangerous is Sleep Deprivation More Than You Think 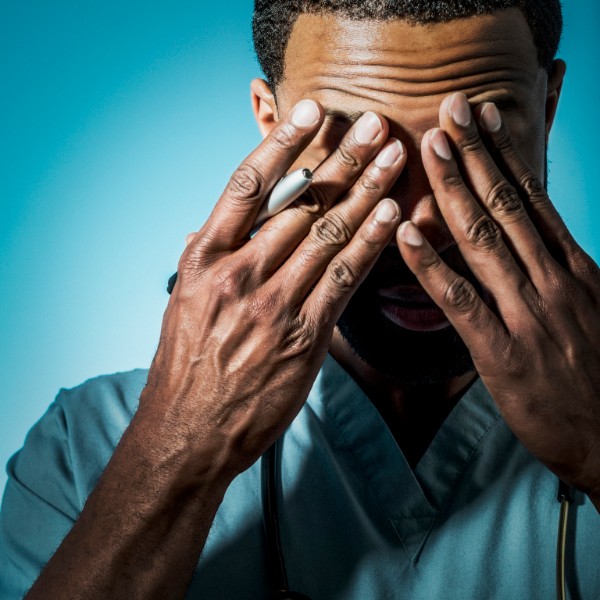 As the saying goes – doing things in excess is not good for us. The same thing applies to the opposite – not doing enough of things that are good for us…is bad for us! Getting enough sleep is often treated like a luxury, and that is why we feel so happy, relieved and alive every time we actually get a great night’s sleep. Unfortunately, many of us have made habitual poor sleep into a legitimate health risk. In fact, over 20 percent of Americans are either suffering from chronic sleep deprivation, and at least 40 percent of adults reported that they fall asleep during the day without meaning to at least once a month.

Sleep deprivation is a health disorder that often goes undiagnosed. Although everyone has been told that a seven to eight hour sleep each night is required to keep our body in its prime condition. But many of us are unaware of the devastating health impact of insufficient sleep and dismiss the importance of a good night sleep. In fact, many of the chronic diseases and health complications today are associated with insufficient sleep. From heart disease, heart attack, heart failure, to stroke and diabetes, sleep disorders can put people’s lives at risk if left untreated. To keep you aware of the dangers of sleep deprivation here is an infographic that will help you to better understand the importance of a regular and sufficient sleep in your overall wellness.

HOW DANGEROUS IS Sleep Deprivation? More Than You Think

Read Another Confession:   Difference Between a Nurse Practitioner and MD

60% have a chronic disorder.

According to some estimates, 90% of people with insomnia….

— a sleep disorder characterized by trouble falling and staying asleep — also have another health condition.

Insufficient sleep may lead to Type 2 Diabetes by influencing the way the body processes glucose.

Studies also reveal that if you sleep less than 5 hours per night, you greatly increase the risk of having or developing Diabetes.

Poor sleep can lead to a heart attack or stroke.

If you have hypertension, a single night of inadequate sleep can cause elevated blood pressure throughout the next day.

One study found that sleeping too little (less than six hours) increased the risk of coronary heart disease in women.

Sleeping five hours or less per night can increase the risk of mortality by 15 percent.

60,000 women for 16 years, asking them about their weight, sleep habits, diet, and other aspects of their lifestyle.

Short sleepers also had… 30% higher risk of gaining 30 lbs over the course of the study, compared to women who got 7 hours of sleep per night.

“Two key hormones which regular weight control – leptin and ghrelin – are affected by how much or how little we sleep. Ghrelin, which is produced in the gastrointestinal tract, stimulates appetite. While leptin, produced in fat cells, sends a signal to the brain when you are full. When you don’t get enough sleep, it drives leptin levels down, so you don’t feel as satisfied after you eat. Lack of sleep also causes ghrelin levels to rise, which means your appetite is stimulated, so you want more food. The two combined can set the stage for overeating, which in turn may lead to weight gain.” – Nicole Zimmerman, DC

The lack of sleep disrupts the balance of key hormones that control appetite.

If you regularly sleep less than 6 hours per night, you are more likely to have a high BMI (Body Mass Index). Sleeping 8 hours or more per night leads to a lower BMI.

And if you work in a profession where it’s important to be able to judge your level of functioning, this can be a big problem.

Sleep plays a critical role in thinking and learning. Lack of sleep hurts these by cognitive processes by:

If you don’t get enough sleep, you won’t be able to remember what you learned and experienced during the day.

And poor sleep wreaks havoc on your creativity.

Research shows that poor sleep negatively impacts both NREM and REM stages of sleep and can reduce creativity by up to 40%.

“Studies show that over time, people who are getting six hours of sleep, instead of seven or eight, begin to feel that they’ve adapted to that sleep deprivation — they’ve gotten used to it. But if you look at how they actually do on tests of mental alertness and performance they continue to go downhill. So there’s a point in sleep deprivation when we lose touch with how impaired we are.” – Phillip Gehrman, University of Pennsylvania School of Medicine

If you sleep poorly, you’re at increased risk for earlier onset of severe dementia.

Read Another Confession:   3 Ways to Make $100+ Per Week Working from Home

Sleep is necessary for maintaining metabolic homeostasis in your brain. Wakefulness is associated with mitochrondrial stress, and without sufficient sleep, neuron degeneration sets in.

Catching up on “sleep debt” on the weekend will not prevent this damage.

People with chronic sleep problems may develop Alzheimer’s disease sooner than those who sleep well.

“Memory is consolidated when we sleep. Sleep is a critical period for the brain to flush itself of toxic plaque that over time can cause breakdown in neuronal activity and contribute to diseases such as Alzheimer’s.” – Paul Nussbaum, Ph.D., Associate Professor, University of Pittsburg School of Medicine

People who were diagnosed with depression or anxiety were more likely to sleep less than six hours at night.

Insomnia is very common among depressed patients. People with insomnia have a ten-fold risk of developing depression compared with those who sleep well.

In a study of… 10,000 people, those with insomnia were five times as likely to develop depression as those without.

In fact, insomnia is often the first symptoms of depression.

For programs that take you from insufficient sleep to rejuvenating sleep, go to vigoroom.com