How to Be a Good Reference for Job Seekers 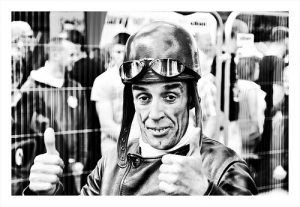 Are references really that important when it comes to job hunting? The answer, it seems, is yes.

Alison Doyle (a writer for About.com – Job Searching) cites a survey by the Society for Human Resources Management (SHRM), which revealed that eight out of ten HR people check references for professional, executive, administrative and technical positions. Even part-time, temporary and seasonal job applicants can expect to have their references checked.

One of the biggest reasons recruiters check references is to verify facts. As the SHRM survey found that more than half of applicants lie at some point on their resumes, you can understand their desire to weed out those who have a questionable respect for the truth.

Another reason why recruiters check references is to get an idea of applicants’ character, their work ethic and their performance. It’s been found that even a lukewarm reference can make recruiters reconsider applicants. This is why it’s so important for job seekers to choose their references with the utmost care. It’s also why those who have been asked to give references carefully consider the seriousness of the responsibility.

We look at what exactly giving a reference entails, and how you should go about it to give applicants every chance of success.

How to give a good reference

Michael Hess says that, these days, many companies opt to give very generic references that specify the dates of employment, the position and, maybe, the duties and responsibilities. They don’t provide feedback that could be considered subjective or opinion just in case they say something that sways a decision away from the applicant concerned and they get sued for ruining someone’s career prospects.

So, how do you avoid lawsuits while still providing useful information? Here are 5 tips:

Carol Hacker says that companies should specify exactly who can give references. These might be line managers, department managers or HR personnel. These people should be aware of exactly what they are allowed and not allowed to say. For example, they may have to stick to facts of employment only, and not provide anything resembling a character reference.

This stops people from asking their close work friend for a reference in an attempt to get something entirely positive, and it protects the company from loose lips.

Hacker says that it’s important that all employees are aware of this policy so that they know what to expect when they leave.

2)     Decide from the get-go whether you’re going to stick to safe facts only, or whether you are going to include additional information.

There are no rules that say you can’t provide some subjective information – provided you are accurate and honest. It’s usually best to wait until you have been asked for this information, rather than provide it upfront. Unless, of course, the person has been so outstanding in a particular area, or has impressed you so much with a particular aspect of their character that you feel you have to say something.

Once again, however, you need to ensure that all employees are aware of this policy so that they can’t complain if something less than complimentary is communicated.

Read Another Confession:   10 Microsoft Outlook Hacks To Change The Way You Use Email At Work [Infographic]

This applies to letters as well as to phone calls, although it carries more weight when someone can actually hear your voice. For example, Hess says it speaks volumes when you stutter and hesitate when asked to give a reference for a particular person. It also comes across when you’re confident and feel it’s a pleasure to give a reference.

In an article by Jada A. Graves, Paul McDonald (senior executive director at Robert Half International) recommends pretending that you’re the one who wants to check the applicant’s references. What information would you find helpful, what would you want to know more of, is the applicant really a good fit?

It helps if the applicant has been diligent and alerted you to the fact that you might be called upon to give a reference for a particular job. That way you have some time to prepare. Preparation is always helpful because it helps you decide what skills you most want to promote, how you’re going to phrase questions regarding any weaknesses, and how you’re going to answer character-related questions.

If someone calls for a reference for someone who you feel you absolutely cannot endorse, then you need to use some tact. Ideally, you should be asked before you’re cited as a reference, which gives you the opportunity to decline, but not all people are that savvy and they may just assume that a glowing reference will come their way. If you find yourself put on the spot you can do one of two things: you can be very honest or you can be diplomatic.

Most people opt for diplomacy because they don’t want to completely derail another’s career. Unless the person concerned was a complete and utter disaster on every level, diplomacy is recommended. For example, you could say something like, “Our position wasn’t right for John,” instead of, “John failed at every task we gave him.” Of course, you might have to do some careful tap dancing if they ask why the position wasn’t right, but they might just take the hint and leave it at that.

If they do press you, however, Hacker recommends that you be specific. But try to keep it positive, like, “John is an independent worker, but the position required a great deal of teamwork.”

It’s not easy being someone’s reference. Unless you’re blessed with a truly spectacular person who is an absolute delight professionally and personally, it requires a delicate balance between truth and goodwill. You can play it safe by sticking to generic facts that don’t say anything about the applicant, but that’s perhaps best left for those who you don’t feel deserve anything more glowing. After all, the good applicants that you feel positive about are hardly likely to turn around and sue you for being nice, are they?

Jemima Winslow has had to give more than a few references in her time –positive and negative – and believes that honesty is always the best policy. She just hopes that her previous employers feel the same way when it comes to recommending her for jobs while she embarks on an international job hunt using niche job boards like Skilledmigrantjobs.com.