Films have the power to capture our imagination and sense of fantasy and wonder with ease, sometimes making us feel that we are actually there in those places. Some movies may be filmed at an exact location, such as New York, Chicago, Los Angeles, Miami, Nevada, New Mexico, and just about every state in the United States. Other movies may travel across the world to the Europe, Australia, Africa, Asia, Canada, or locations in South America. In the actual film, these places may be used as the real location, such as Underworld or National Lampoon’s European Vacation being filmed on location in London. Other movies may be filmed in spots that resemble certain cities or look like the location, but are really just a fake set in Hollywood.

There are also locations used from specific locations and made to create fake cities, such as the Spiderman movies — in which New York, Chicago, and Los Angeles were used, but the actual location of Spiderman was New York. Gotham City was filmed in parts of New York, Detroit, Chicago, and London. There are also fantasy worlds that do not exist and are filmed in locations on Earth, such as the landscape of Mars or other planets being filmed in New Mexico, Texas, Arizona, California, Israel, and other parts of the Middle East.

Read Another Confession:   Confessions of the Professions Turns One

Vice City, a fictional location in Grand Theft Auto is very close to Miami, Florida. Quahog, Rhode Island, which is from Family Guy is also a fictional location that many people might think is real, but it does not exist in real life. For years, the location of Springfield in The Simpsons remained a mystery until Matt Groening revealed the state it was in, with Bart once writing, “The true location of Springfield is in any state but yours.” 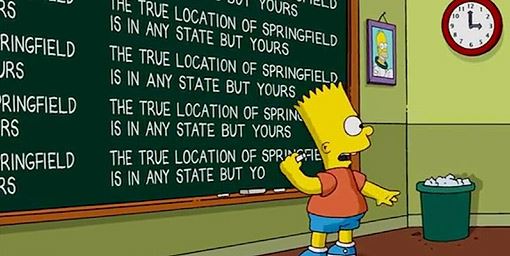 This only made the fans more curious, trying to figure out the exact location based on the surroundings. Matt Groening finally revealed the location of Springfield to be Oregon.

This map infographic shows the Supposed and Filmed Locations of Fictional Places. 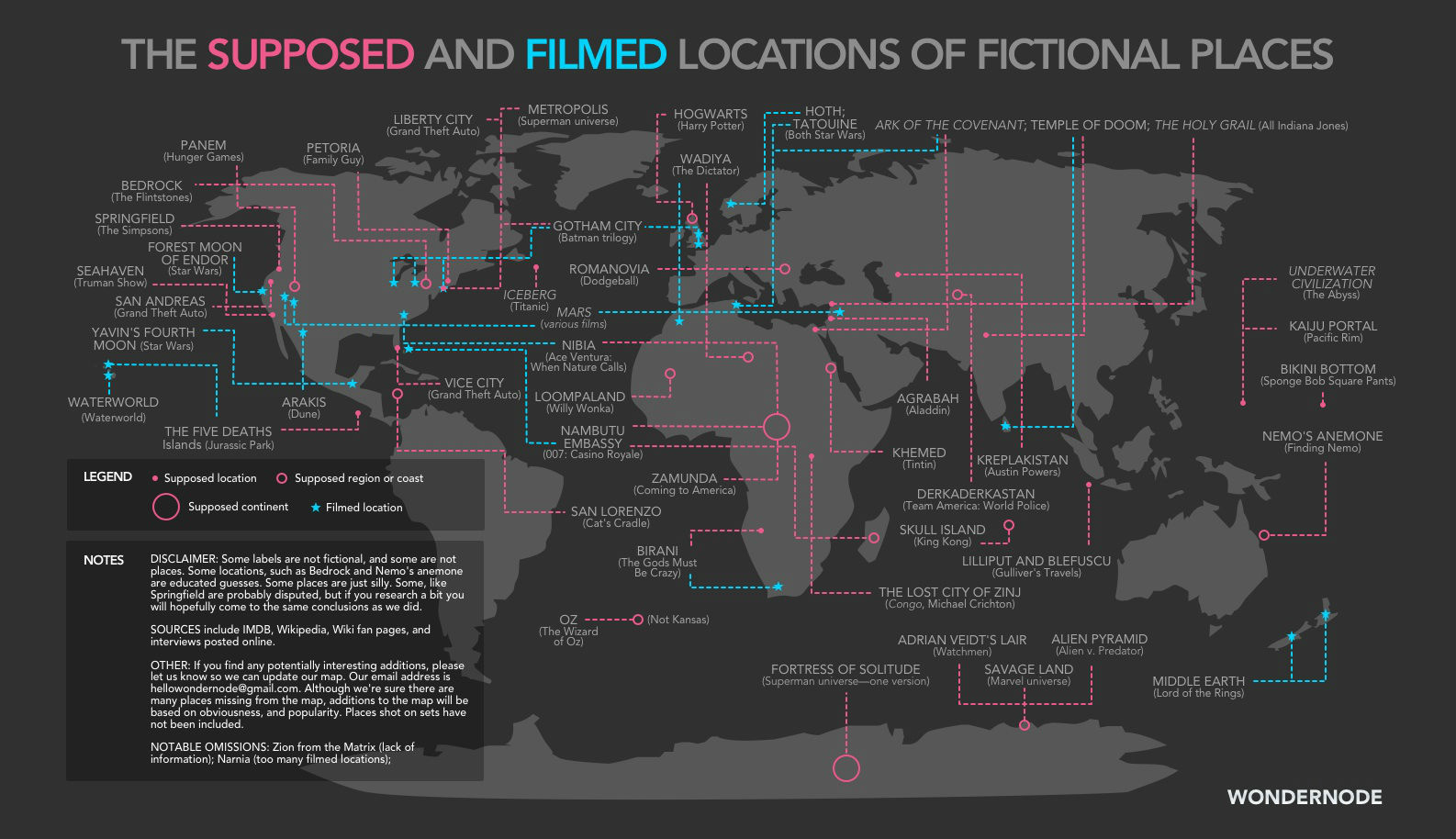