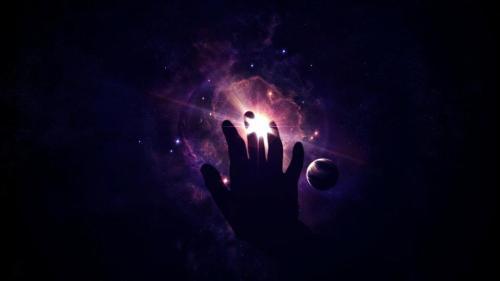 When I was involved in a car accident several years ago, I hit my head on the steering wheel pretty hard and I was knocked unconscious for only a few minutes and experienced the most amazing thing I will ever know in my lifetime: a near-death experience.

At first, I worried about everything. Oh my God! I’m not finished! I have so much unfinished business! Then I realized, what unfinished business? What was I talking about? I had no unfinished business on this Earth. None of us do. And then a feeling of warmness came over me, something that told me, “You have no more worries. You are safe here. I will take care of you. And you will worry no more.” And I wanted to stay.. I wanted it! It was beautiful! It felt so wonderful.

I have never been so loved in my life before! Holy! This was far better than anything I ever felt on Earth! Including sex which is nothing compared to this. This was higher than that feeling that only gives you a glimpse into what this was.. multiplied by infinite. It was like I was submerged into this feeling and I didn’t want it to end. Ultimate Heaven. Ultimate Pleasure. I thought about my family and everyone I ever loved for the last time and then they no longer were a thought in my head because I knew I was home, to something greater, to the real family.

Read Another Confession:   Most And Least Popular Slang Words Of 2022 [Infographic]

That was only the feeling. When it first grabbed me, I had a visual on everything! Though when I looked, I didn’t have a body. Only the consciousness. I was floating up. And I began to fear that I was going to fall but I couldn’t fall because I didn’t have a body. I tried to look but I had no eyes. I tried to breathe but I had no lungs or mouth. I tried to smell but no nose. And etc. But yet it was as if I had eyes and a body. I could float over to the most beautiful thing I’ve ever seen, more beautiful than any woman or anything I’ve ever seen on this planet. It was not of this world. It was too beautiful. Words almost cannot describe what I saw.

I saw … that I was floating up to the stars, the universe, to everything. The color was a purplish color pitted in the foreground, with the blackness of the universe in the background. And it was all over. Like radio waves that were invisible, but I could feel them all, it was the consciousness of everyone. It was the thoughts of everyone and everything that has ever lived and existed. It was like a never-ending echo that I could understand.

I thought of questions, but as soon as my thoughts for questions came, the answers were simply there as well. As if I had a universal understanding of everything and could tap into any knowledge and information that I wished to know, it would just come to my consciousness. I didn’t need to know anything. I knew everything already. The thoughts were endless but I could control them and see every one of them, unlike in life, where I was unable to grasp everything. I knew everyone’s thoughts because we were all connected by this light. I didn’t fear anything and I knew everything. It was pure heaven. I wanted to stay.

Read Another Confession:   Desperately In Love

There was a voice. It said, “Come here, come. You can stay here. You don’t have to go back. Just come to the light.” And I went to that light wanting it so bad! I went into it. Here it’s decision comes: Does it allow me to pass or does it not think I am ready to enter into whatever lies beyond?

I awoke out of that “unconscious state” and I sucked in air, as if I had been underwater, trying to breathe, and came up for air.

And since then, I have simply been going with the flow of life, caring enough to live life without fearing life, and knowing there is this greater thing beyond life, an after life.