How To Get A Promotion 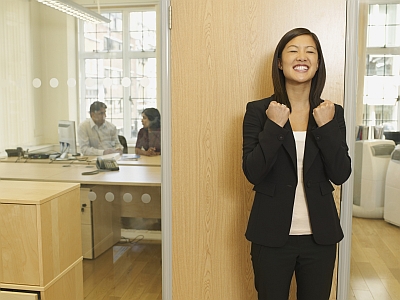 In order to get a job, mostly everyone goes through an interview process and a salary is already a fixed price or the opportunity to negotiate a salary can be discussed. The majority of people may ask for what they want or lower, some may even ask for much more. There are some people who have the confidence to ask for a salary that is well beyond expected, and those who ask sometimes do get or are able to come to an agreement somewhere in the middle.

After you’ve got your job, settled in, learned the tricks and the trades of your job and become good at it after six months to a year, you probably want to negotiate a salary raise, and you are expecting a raise. You are rightful in doing so because most companies promise a six month review in which your salary is rediscussed. Some companies give it, while others sometimes make excuses or extend it to a year. Many people are often too afraid to ask for a raise or to negotiate a new salary. If you do not express interest in a higher salary, the company will most likely not offer you one. They will want to keep you at your current worth and rate because it will save them money. Of course, you do not want to rob your company, but you do want to make a comfortable salary and it certainly is okay to ask and expect one, especially after years of loyalty to the company.

Read Another Confession:   Google Drive for Everything

On the other end, the company must make some hard decisions from laying off people, to checking their own expenses and determining whether someone deserves or does not deserve a raise, to determining if everyone or no one gets a raise. In any event, there will be good things that will happen and bad things. Use whatever outcome and decision is made as an opportunity, either staying with the company, or determining whether your own loyalty to the company is worth anything.

This infographic discusses promotion secrets of the office. 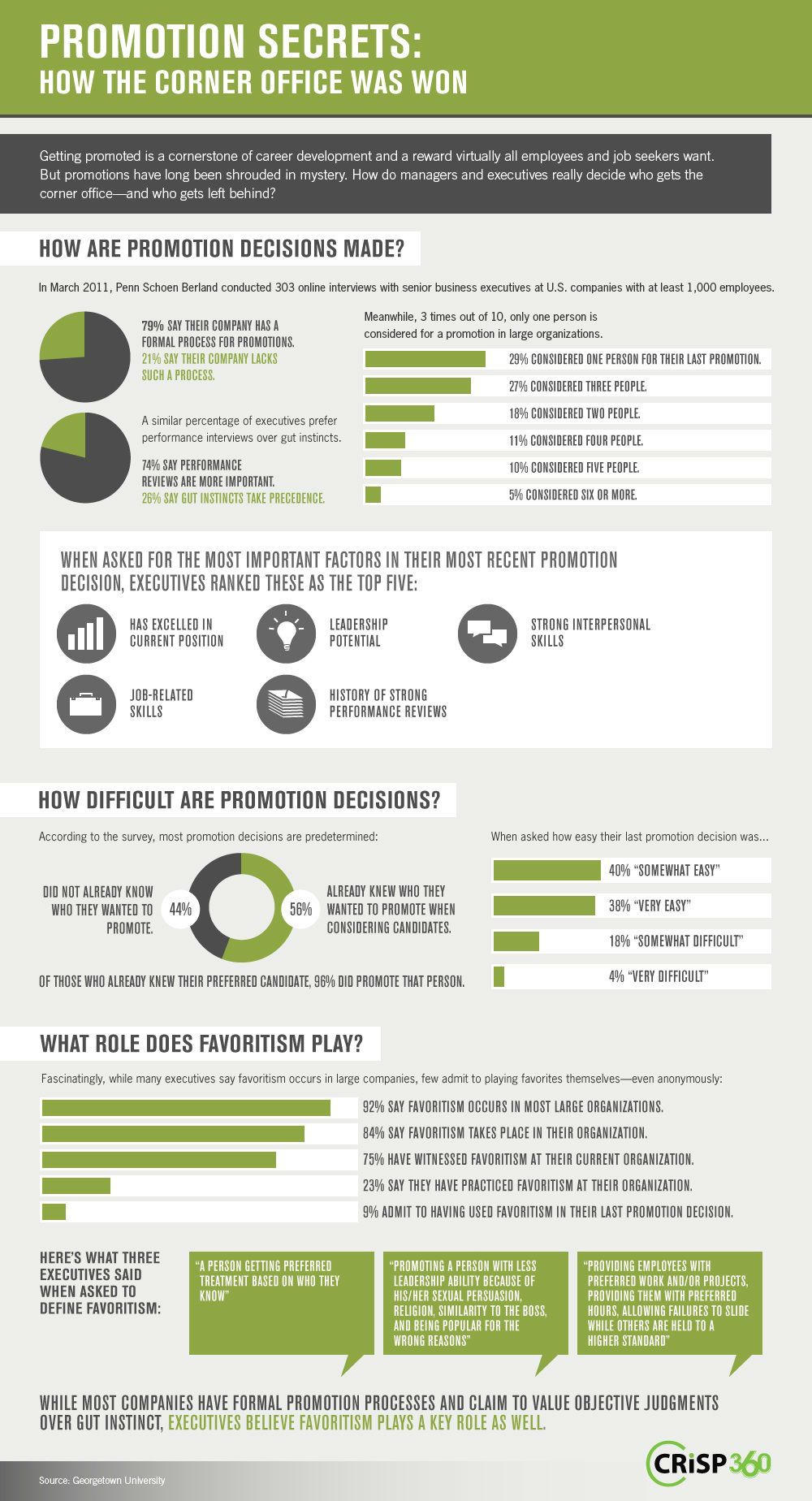 PROMOTION SECRETS: HOW THE CORNER OFFICE WAS WON

Getting promoted is a cornerstone of a career development and a reward virtually all employees and job seekers want. But promotions have long been shrouded in mystery. How do managers and executives really decide who gets the corner office—and who gets left behind?

HOW ARE PROMOTION DECISIONS MADE?

Meanwhile, 3 times out of 10, only one person is considered for a promotion in large organizations.

Read Another Confession:   Four Marks of Quality You Should Look For As You Outsource Production

When asked for the most important factors in their most recent promotion decision, executives ranked these as the top five:

HOW DIFFICULT ARE PROMOTION DECISIONS?

According to the survey, most promotion decisions are predetermined:

When asked how easy their last promotion decisions was…

WHAT ROLES DOES FAVORITISM PLAY?

Here’s what three executives said when asked to define favoritism:

While most companies have formal promotion processes and claim to value objective judgements over gut instinct, executives believe favoritism plays a key role as well.