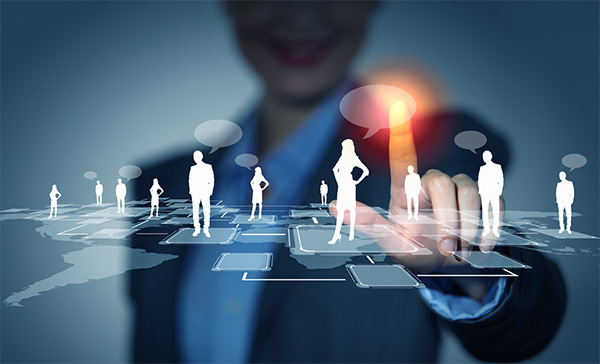 When it comes to leading a business, CEOs often get a bulk of the credit for leading their companies to success.  It can be easy to credit the work of Elon Musk, Jeff Bezos and Tim Cook for the success of their respective companies. These leaders are global icons and do deserve some credit for the work they do.

However, research has shown that CEOs at the top of large companies often get to the top by being in the right place at the right time.  Often times, there’s more we can learn more about the company from the leadership of the person who is second in command rather than the leader of the company.

To help illustrate this point, Topgrading, a business who specializes in hiring methodology consulting, analyzed the second in command at 25 of Americas most well-known companies.  Their goal was to try and measure the impact that the second in command had on a business by looking at their background and how they came to be at their current position.  They took their findings and turned them into a comprehensive infographic that can be seen below.

For each person on the list they looked at:

They also compiled a snapshot of the average number two at these high powered companies.  They found that on average:

To see their full analysis, check out the infographic below.

A look at second-in-command executives at 25 iconic American companies.

For each profile, we present:

Snapshot of an average Number Two:

Prior to joining Twitter, Noto worked as a managing director at Goldman Sachs, then as CFO for the National Football League. After two years with the NFL, Noto returned to Goldman, as the Co-head of Global TMT Investment Banking, and in 2014, he moved to Twitter to serve as CFO. Noto became COO in 2016.

Before joining Facebook, Sandberg worked for Treasury Secretary Larry Summers, and for Google, as VP of Global Online Sales. In 2008, she was recruited by Zuckerberg to help make Facebook profitable. She has served as COO since.

Before co-founding Tesla with Elon Musk, Straubel worked as en engineer and technical advisor in many capacities, and co-founded an aerospace firm, Volacom, where he served as CTO. With Tesla, Straubel started as principal engineer of drive systems, and a year later assumed his role as CTO.

Block began his career at management consultant firm Booz Allen Hamilton before moving on to software company Oracle, where he spent 26 years. In 2013, Block joined Salesforce as Vice Chairman, President and COO.

Rajan has been a serial Internet entrepreneur since the mid-1990s. His other ventures and stints include Travelocity.com, Intent Media, and One Kings Lane. Rajan served as CTO from 2009 to 2013, and has been COO since 2015. Rajan played a key role in creating and operationalizing Zappos’ Best Customers business strategy.

RESPONSIBILITIES:
Rajan is responsible for the creation and execution of the Zappos.com technology strategy, focusing on rapid business growth and scalability.

Before joining Google, Pichai worked as an engineer and in management consulting. Starting in 2004, Picahi ran product management and innovation efforts for Google, becoming Product Chief, and overseeing the development of Google Chrome and Google Drive.

Jassy joined Amazon in 1997, the same year the company went public. He had a background in marketing and business development, but has made his mark at Amazon as the leader behind its cloudcomputing division, AWS. He conceived of the technological and business opportunity that would officially become AWS in 2006, while serving as a technical assistant to Jeff Bezos.

RESPONSIBILITIES:
As CEO of AWS, Jassy is responsible for providing reliable and competitive cloud-based infrastructure services to hundreds of thousands of business around the world.

Stankey started with AT&T in 1985, working for affiliates Pacific Bell and SBC Telecom. Stankey has served in a variety of roles, including CIO, CTO, and CSO.

In 1992, Whole Foods acquired a specialty grocer in Massachusetts called Bread & Circus, where Gallo had been working since the late 1970s. Gallo held various executive positions with Whole Foods until 2003, when he became COO.

Before joining Apple in 1998, Williams worked at IBM for 13 years in a number of operations and engineering roles. With Apple, Williams started as the head of a worldwide procurement, and in 2004 was named VP of Operations, where he played a key role in Apple’s entry into the smartphone market.

Johnson’s career spans 30 years of scaling global businesses, including 16 years at Microsoft. He joined Starbucks in 2009, serving on the company’s board of directors during a period of record-setting transformation and growth. In 2015, Johnson became President and COO, and in early 2017, he took the helm when Howard Shultz became Executive Chairman.

RESPONSIBILITIES:
Johnson leads the company’s global operating businesses across all geographies, as well as the core support functions, the supply chain, marketing, human resources, technology and mobile, and digital platforms.

Read Another Confession:   Dead Celebrities Vs. Your Salary [Interactive Infographic]

Bronczek started in 1967 as an hourly team member, on the front lines of the company’s delivery operations. In the early 1980s, he moved into the management structure. By the late 1980s, Bronczek was assigned to international operations, and in 1993, he became SVP of the Europe, Middle East, and Africa regions. He also has worked as COO and CEO of FedEx Express.

RESPONSIBILITIES:
Bronczek is now responsible for marketing, sales, and all FedEx operating companies.

Prior to joining Southwest, Nealon served as CIO for Frito-Lay and The Feld Group, then joined Southwest as CIO in 2002. Nealon left to work with JCPenny from 2006 to 2011, returned to serve on Southwest’s board from 2010 to 2015, and in 2016, he became EVP of Strategy and Innovation, where he led efforts to develop innovative products, services, and processes.

Edwards joined Nike in 1992, as a regional marketing manager, and focused exclusively on marketing during his first 10 years. In 2002, Edwards was named VP of Global Brand Management, leading innovation, including the creation of Nike+ and developing a global social media presence.

RESPONSIBILITIES:
Edwards is responsible for leading all category and geographic business units, the Jordan Brand and Action Sports, digital sport, and brand management throughout the world, and Nike’s wholesale, retail, and e-commerce operations.

Prior to joining Walmart, Foran worked for Woolworths, the leading retailer in Australia and New Zealand. Foran joined Walmart in 2011, and within six months, was named CEO of Walmart China. Shortly after, he became CEO of Walmart Asia.

RESPONSIBILITIES:
Foran is responsible for the strategic direction and performance of 4,500 stores and 1.3 million employees, all in the U.S.

Jetter joined IBM in 1986 and has spent time as CEO of IBM divisions in Germany and Japan. In 2011, Jetter became Strategy Chief for the company, and assume his current role in 2015.

After working at Credit Suisse and Morgan Stanley, Ammann moved to General Motors in 2010, serving as VP and treasurer. From 2011 to 2013, Ammann was EVP and CFO; he was named President in January 2014.

Fields started with Ford in 1989, in marketing and sales, and has since held positions of leadership overseeing business in South America and Europe, where he was responsible for Ford’s fastest global manufacturing expansion in 50 years. Fields was COO from 2012 to 2014, before assuming his current role.

Read Another Confession:   The Basics Of Peer-To-Peer Recognition Programs [Slideshow]

RESPONSIBILITIES:
Fields is responsible for helping Ford expand its business model to include both auto and mobility, particularly through Ford Smart Mobility, a division focused on connectivity, mobility, autonomous vehicles, customer experience, and data and analytics.

Mulligan joined Target in 1996 as a financial analyst. He has held leadership positions in finance and human resources, and with Target.com, Mulligan was also CFO for two years, and served a few months as interim CEO, in 2014.

Carey came to PepsiCo from Procter and Gamble in 1981. He has served in many positions of leadership, notably as COO, and later CEO, of Frito-Lay. Before assuming his current role, Carey was CEO of PepsiCo Americas Beverages, and CEO of North America Beverages, respectively.

RESPONSIBILITIES:
As CEO of PepsiCo North America, Carey oversees retail, supply chain management, and marketing for all snacks and beverages.

Rice began his career with GE in 1978 as a member of the financial management program. He went on to hold leadership roles in plastics, energy, transpiration systems, and corporate auditing. Rice has been in charge of GE’s global operations, based in Hong Kong, since 2010.

RESPONSIBILITIES:
In additional to serving as Vice Chairman, Rice is President and CEO of GE Global Growth Organization. Rice is responsible for market expansion and GE’s response to local competition in 173 countries around the world.

Before Goldman, Schwartz worked at wealth management firm J.B. Hanauer & Co. and Citigroup. In 1997, Schwartz joined commodities brokerage J. Aron, which has been acquired by Goldman Sachs. At Goldman, Schwartz served as the Global Head of the Securities Division, and since 2013, as CFO.

RESPONSIBILITIES:
As President and Co-COO, Schwartz will continue to serve as Co-Chair of the Firmwide Risk Committee and the Finance Committee.

Squeri started with American Express in 1985 as a manager in Travelers Cheque Group. He later held several leadership positions in establishment services, and worked in corporate development, overseeing mergers and acquisitions. Squeri was President of Global Corporate Services from 2011 to 2015.

RESPONSIBILIES:
Squeri is responsible for the company’s small business initiatives and enterprise growth, and oversees global corporate payments and the global services group.

Before joining Berkshire Hathaway, Munger ran Wesco Financial Corporation, a highly successful investment firm (Berkshire acquired Wesco), and founded two other small investment firms in the 1960s and 70s. from 1984 to 2011, Munger was chairman of Wesco.

RESPONSIBILITIES:
Munger’s role is now primarily an advisory one, and he continues to be known as Buffett’s “right hand man.”