Why You Should Restructure Your Company to Be Environmentally Friendly
Moving To A New Office? Items You'll Need To Purchase For It

Silver Surfers: The Internet for Our Grandparents i.e. Baby Boomers 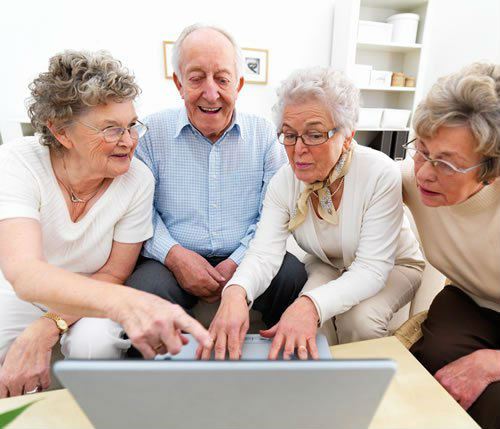 There is a highly underrated audience that most marketing experts and advertisers fail to even recognize. It is true that for a long time, older generations were believed to be “out of date”, unwilling to learn, and brushed off new technology, believing it was just a passing phase of technology, but there are many in the older generations who did learn how to use the Internet, even learned all the tricks of the trade, becoming experts in SEO, advertising, web design, etc., and love the Internet for all that it can do for them.

While there are still many in the older generation who have no interest in learning how to use the Internet, there are many more who are suddenly becoming interested in the inescapable presence of the Internet. From social media networks mentioned on the news, to having to fill out important documentation online, older generations are realizing that the Internet is inevitable, and learning it is probably the best thing they could do to keep in touch with their family, friends, and everyday events.

Older generations may not be using the Internet as much as younger generations, but they are still an audience that is using social media, shopping, using email, and even joining websites that allow them to find dates, companionship, and groups of like-minded individuals they can meet up with for socialization.

This infographic takes a look at the Silver Surfer generation.

The Internet isn’t just for tweens and young socialites. In fact, a large population of Internet users are 50 and older, utilizing the Web for social media, shopping and even education. Let’s take a look at why the stereotype of the not-so-tech-savvy Baby Boomer is more than faulty.

Maybe it’s because they have the most money of any age group, or maybe it’s because they like the convenience; whatever the reason, adults 50 and older constitute a majority of the online consumer population.
59%
Percentage of online seniors who have made an online purchase in the past three months
$7 billion
Average annual amount spent online by adults aged 50+
Adults 50+ account for 80% of all online luxury travel spending.

Why You Should Restructure Your Company to Be Environmentally Friendly
Moving To A New Office? Items You'll Need To Purchase For It