Taxes Throughout the World 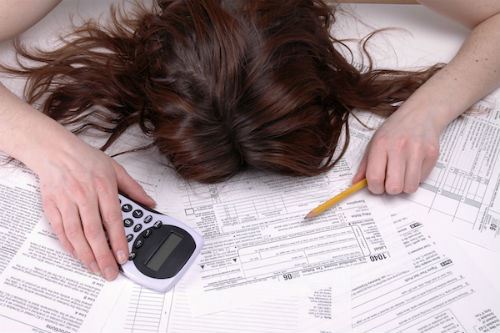 If you have not already done so, the deadline for filing federal tax returns is today. Some of you owe money, while others will receive their return. Give a lot, get a little. On another note, the United States is not the only one responsible for paying taxes. Taxes exist worldwide and are collected by nearly every government around the world from its citizens. Taxes are an inevitable part of life and are collected in nearly every country on every continent around the world.

The origin of taxes began as far back as written records existed in 2500 BC to 3500 BC in Ancient Sumeria, and probably before anything was ever recorded, often requiring citizens who lived in communities to contribute their goods or services, more specifically, their time, to the common good. Sumerians likely raised crops for food and provided warrior skills to protect the community. The ruler or governing body of the community may have written it in the law that all citizens who wished to be a part of the community would have to contribute in some way, and in return, the government would protect its citizens and use the services or payment from its citizens for its citizens to advance and protect the society as a whole.

Babylon, Mesopotamia, Egypt, Greece, Persia, Rome, and many other civilizations would follow those same procedures, expanding their empires, and developing currency systems which required its citizens and even those who were defeated later on and adapted into the society to pay into the tax system. Not only did governments collect taxes, but many religious organizations, specifically the Catholic Church also imposed a tax on its followers and members.

Taxes were always meant for the common good and allowed for these institutions and government systems to obtain the money, or goods, that were required in order to function. These taxes pay the people who run the government system and those who trickle down into the system to live and provide the services back to the society that it needs in order to operate.

In modern day, nearly all governments on all continents collect some form of tax from its people. Taxes are still implemented and play an important role to support the entire societal system. A society without government may fall very quickly, while a a government without society has no reason for existing. A government without money to protect and provide for its people cannot exist, while people without money cannot have a functioning government. It is the tax placed upon the society, which helps the government function properly, in order to provide the proper services for the society, in order to keep the society functioning properly and accordingly.

This is a fairly accurate representation of what the IRS does to your bank account when you owe:

Taxes Around the World

For many Americans, their least favorite time of the year is tax season. But Americans actually pay lower income tax rates than people in many other countries. Let’s take a look at income tax rates around the world, including some countries that don’t collect any income tax at all.

Percentage of Americans who pay payroll or income taxes. The remaining 18 percent includes the elderly and those with annual incomes under $20,000.

Tax rates vary dramatically by country. Let’s take a look at how some of them compare.

A handful of nations don’t levy any personal income tax. Which countries are income-tax-free, and how do they fund their governments? (4)

Boasting one of the world’s highest per-capita incomes ($49,000), the UAE has no personal income or capital gains taxes. But that doesn’t mean the country is tax-free.

Country’s GDP based directly on oil and gas production

Known primarily as a tax haven for the wealthy, the Cayman Islands are popular among the 1 percent thanks to the lack of taxes on personal income and capital gains. The country also does not mandate social security contributions.

Another oil-rich nation, Bahrain relies on the Abu Safa oilfield, which it shares with Saudi Arabia.

70% of Bahrain’s budget revenue comes from the Abu Safa oilfield.

Contributions to social security by employees

Municipal tax levied on expats who rent homes in Bahrain

The Caribbean nation’s economy is heavily dependent on tourism and offshore banking.

Government revenue that comes from duties on imports