My Day at Comic Con 2015 in Albuquerque

I had always heard about Comic Con, but never expected to go to one. They were always too far away or I was working at the time. Had I known what Comic Con was about, I would have made the sacrifice and trips to attend more often. Luckily, I got to experience my first Comic Con 2015 in Albuquerque, New Mexico.

Comic Con ran for 3 days and a 3-day pass could be bought for about $40, or individual tickets could be purchased, with Saturday being the most expensive day, but with the most celebrity appearances. I decided to buy the tickets for Sunday. The reason I bought it was because William Shatner was going to be there on that day, and it would have been awesome to see him. Thus, Sunday came, and I entered Comic Con, for an amazing experience.

When I first arrived, I did not know what to expect, and seeing celebrities was the farthest thing from my mind. I walked into the Convention Center and made a right, finding it was just a bunch of people selling their stuff. As I began to walk around and really take a look at what they were selling, I was mesmerized by what I was seeing. These were extremely talented people with very detailed high quality artistic hand-drawn photos.

Many of these tables were local people trying to sell their artwork and had spent days and months before the show drawing art. They sold their paintings for fairly cheap, with the average price being around $5, and most offering deals: 4 for $20, etc.

If you are not familiar with the show Breaking Bad, you should look it up. The trailer of Walter White was present. 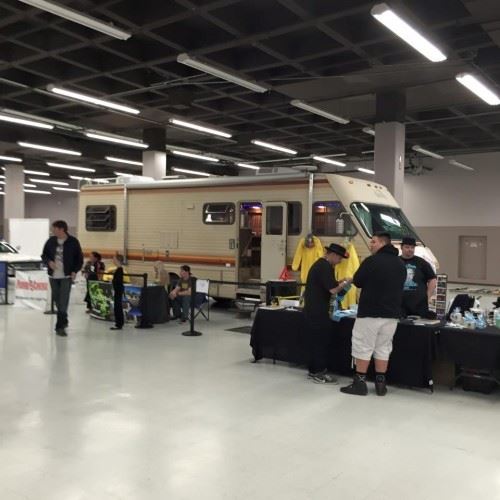 A little tour of the inside showed some of his upkeep: 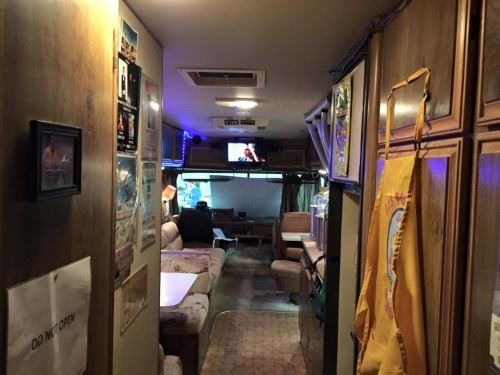 Along with his crystal meth stash: 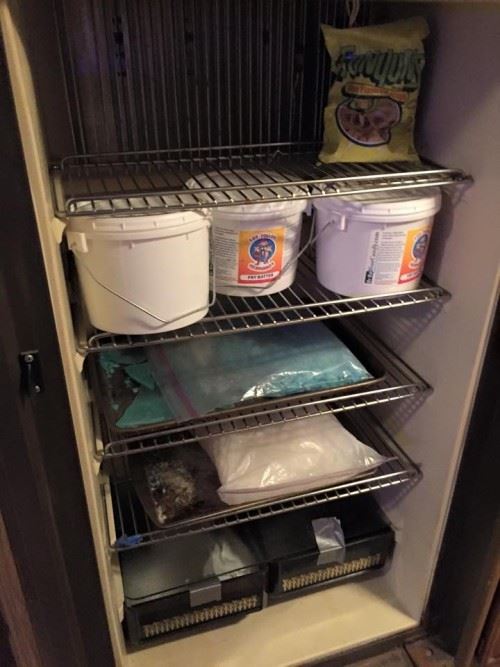 After leaving the trailer, I saw the vehicle of my childhood, The Ghostbusters Car. I had seen the car around town a few times. I figured there were real life Ghost Busters. 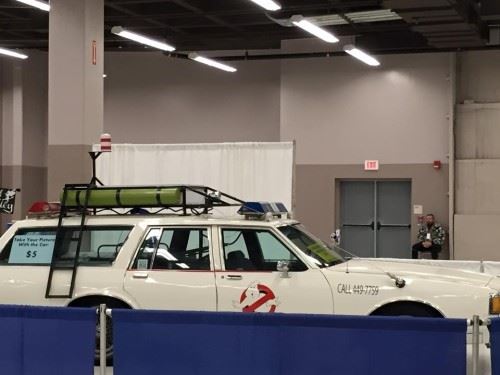 There were also many people who dressed up in really detailed costumes as characters they admired and wanted to be. The name given to them is Cosplayers. Many of these costumes were not store bought. They were magnificently designed, detailed, and fashioned beyond what you would see in any store.

I got to meet Darth Vader, who did not hesitate to put the Force Grip of Death on me. I could hear his famous breathing. 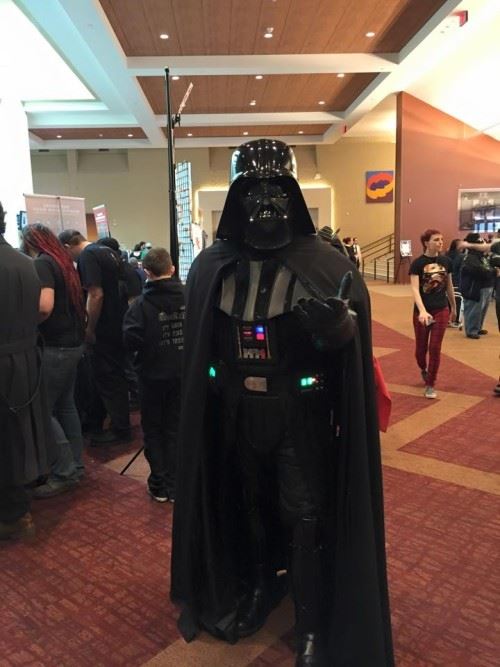 Afterwards, I headed to other areas of the Convention Center to check out more art, and ended up buying a few things. I came across a table with hand-drawn characters of one of my favorite television shows, The Oblongs. 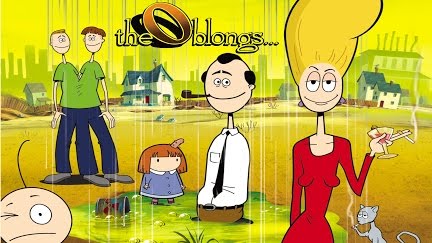 I began speaking with a guy who said it was not his artwork, but that he was the assistant. His boss had actually drawn everything. Soon afterwards, his boss walked out, with a clown face. Literally, he had a clown face, with a big red nose. Who was this crazy guy?

I spoke to him, telling him I admired his artwork, just as much as I loved and admired the Oblongs show, and he even signed his name on something I bought. I told him he had really awesome handwriting, and that is when he revealed to me that he was the creator of The Oblongs, Angus Oblong! 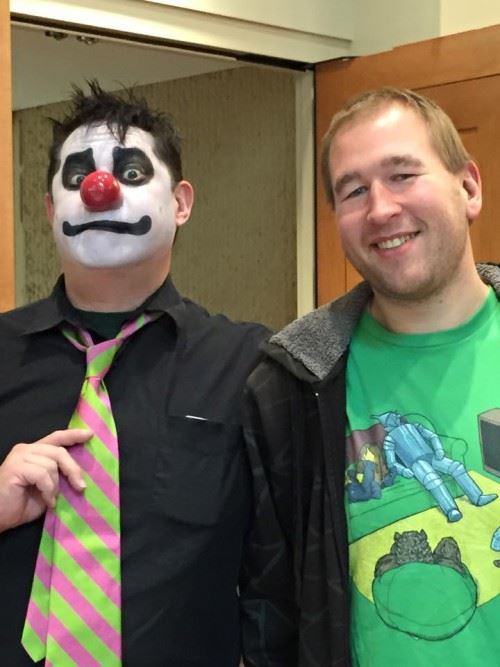 Next was a walk to the upper floor, where there were plenty of other artists, and I ended up buying a few more artworks. As I kept walking, I passed through two doors where there were tons of people. Unbeknownst to me, I entered the celebrity lounge, which was also filled with plenty of amazing products, including photographs and framed photos of entire celebrity casts of the Marvel movies, including Iron Man, Avengers, X-Men, etc. Wish I could have afforded some of those! There were some going for as much as $5,000.

I could not believe where I was, excited as all hell, and feeling the energy in the room. I was shaking lightly, but uncontrollably. Just to be there in the presence of celebrities was really breathtaking. I know you could say they are just people who are famous and they work just like the rest of us, but honestly, it is not everyday you get to see a celebrity in person.

It was so awesome to be where I was. I began seeing celebrities left and right and I ended up just taking photos, as lines were just too long and I did not feel like standing still in all the chaos, so I just kept moving around, snapping photos of everything I saw. The experience was overwhelming, but incredible!

Read Another Confession:   A Snapshot of the College Class of 2013 [Infographic]

There are always Comic Con events going on around the United States. I suggest you check your surrounding areas, even if it is a an hour or so away, it will be worth it. I highly suggest you attend a Comic Con event at least once in your lifetime!

Here are some photos of celebrities I took as I passed by them. 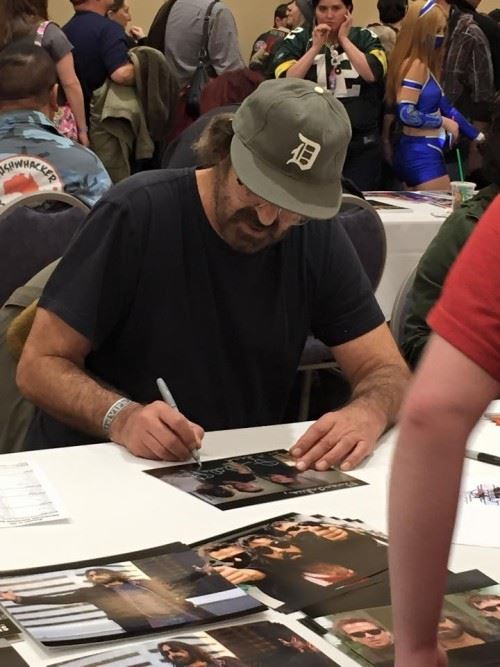 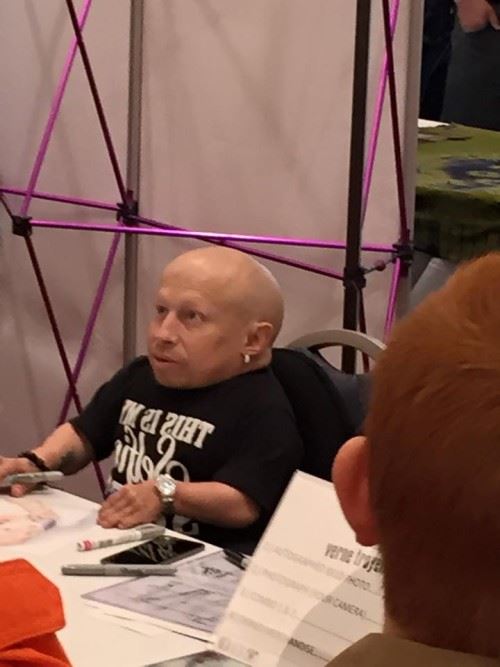 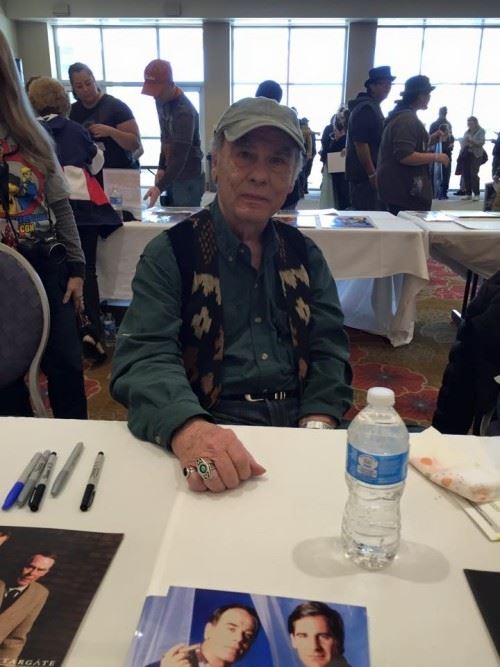 Bushwacker of the WWF 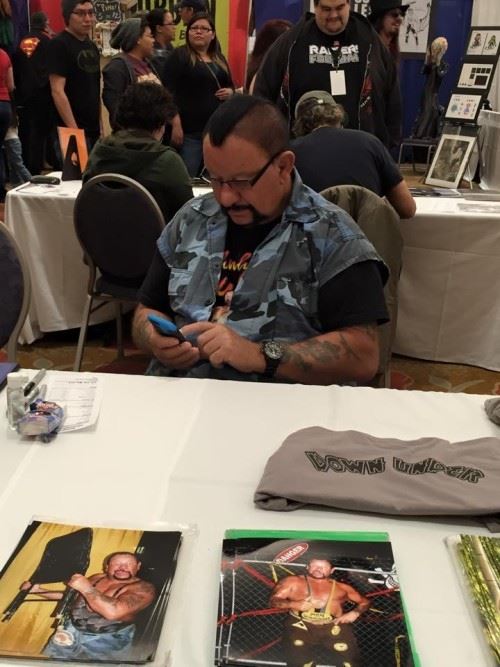 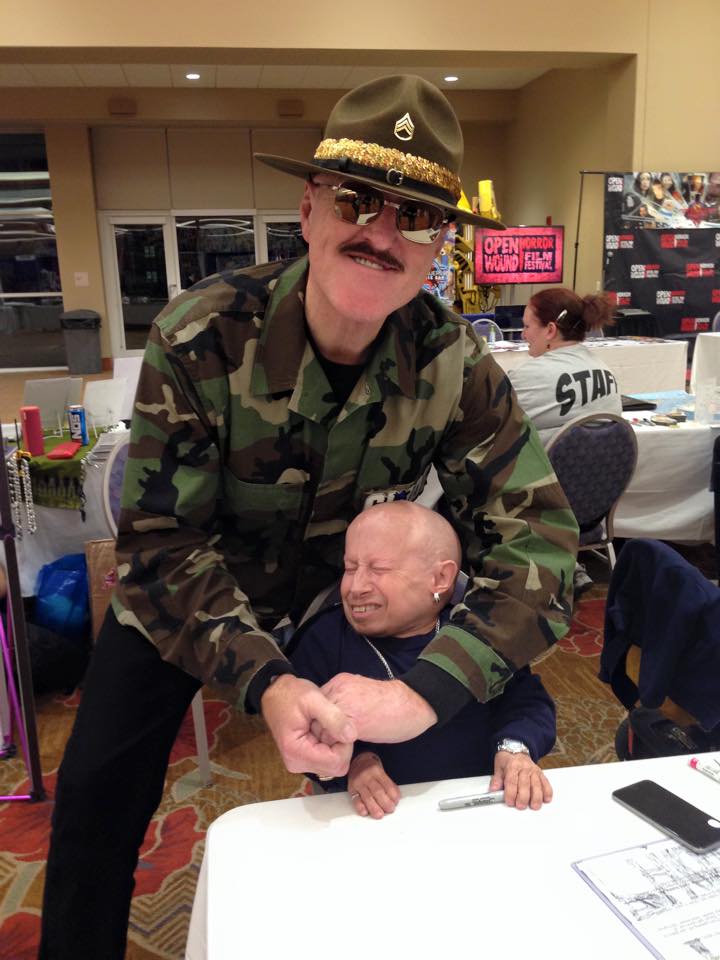