Let’s face it: you spent the better part of your senior year of high school in SAT prep. courses and filling out college 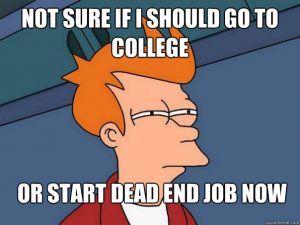 applications. You then dedicated four grueling years of your life to endless amounts of research papers and at the mercy of ruthless professors who had gained tenure. With the end of your collegiate career in site, you threw yourself into a world of résumé critiquing, suit wearing, and total interview exhaustion. And then… it happened! You landed your first job. Congratulations. Finally all of your hard work had paid off, and you prepared yourself for what promised to be your greatest adventure yet. Or was it?

With an ever-staggering economy and a market completely saturated with individuals with degrees vying for a short supply of jobs, it might be tempting to settle into that first job rather hastily. Though having a job is certainly better than not having one, it is important to consider whether that first job is really going to propel you into the right direction. Consider these five signs that perhaps you should continue the job hunt.

1. Your Work Does Not Require a Degree. 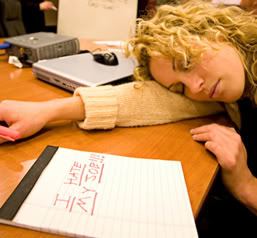 Despite the fact that the job requirements included a Bachelor’s degree and having completed an internship, you spend 8 hours of your day doing menial work typing data into an Excel sheet. In fact, you find yourself wondering whether this job even really requires a high school diploma. Though there are always areas of any line of work that call for a certain amount of tedious toiling, it certainly should not comprise the bulk of your work.

2. Your Team Members Have Been There for Years Without Promotion. 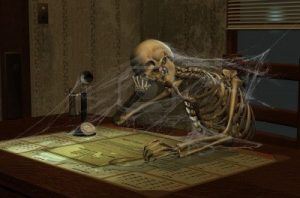 Ultimately, your hope is that your job will propel you into a successful career. This includes the promise of higher earning potential, greater responsibility, and a leadership role within the company. However, if you learn that members of your team have been doing the same tasks for years without pay raise or promotion, consider the occupational repercussions.

3. Your Coworkers are Terrible.

The tone of the workplace environment sets the stage for pretty much everything. Though it is to be expected that as the “newbie” you will most likely have more questions that need answering and require more one-on-one guidance, bear in mind whether this translates into your being undervalued, underappreciated, and treated as a second-class citizen. Sure you have to put in the work and start at the “bottom of the totem pole”—but that doesn’t mean you are required to endure personal affronts.

4. Your Boss is Unprofessional.

Ultimately, your boss is the liaison between you and the company’s higher powers. If he or she is constantly bad-mouthing the company or speaking poorly of its CEO, you might want to consider whether this will reflect badly upon your advancement potential within the company in the future.

Read Another Confession:   How Americans Are Taking Care Of Themselves During Quarantine 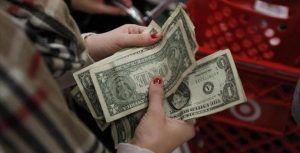 be paid for what you are worth. If your starting salary is reflective of the amount of money you were making while carrying an after-school job while in high school, bear in mind that your starting salary is ultimately reflective of what your future salary can be—in other words, future employment opportunities quite often base their salary offering from what you were previously making. Also, those entering the work force oftentimes have student debt and other expenses that need be paid off—and minimum wage just isn’t going to cut it.

Whether you are an attorney’s paralegal doing research on cheap divorces for a pending case or an SEO analyst at a startup internet marketing firm, make sure that your skills are utilized—and that you are rewarded accordingly. Should you find that your first job is not everything you had hoped it would be and more—don’t freak! Consider your options and move forward with confidence.

Annie Babbitt is a freelance journalist and blogger who enjoys writing about her interest in current events, political science, employment-related issues and legal advice. As part of her freelance work she sometimes does consulting for Cheap & Fast Divorce. In her spare time, Annie enjoys reading and trying new foods.