You Get What You Settle For

For Maurice Gaines, getting to work and back took over two hours every day. He would walk from home to the subway in the morning, ride the subway to a bus route, then take the bus to work.

In the afternoon, Gaines would reverse the process. Much of the time, the schedule worked fine. He just needed to get up early and get home late. Sometimes, though, the transfer didn’t work well. Maybe the bus would be full and he couldn’t get on. Or maybe the train was late, and he’d miss his bus connection.

That meant the added expense of a cab. If Gaines could get a car of his own, though, his commute would drop to 15 minutes each way, and cab rides would become unnecessary.

But how can a guy learning the carpentry trade save up enough money for a reliable car? For Gaines, that dream just didn’t seem possible.

Until he heard about an organization whose mission is to connect those who need transportation to get to work with donors who no longer need their cars. For Gaines, getting his own vehicle opened up new vistas for his future and for his family’s future.

Others aren’t so fortunate, though. They must depend on the transist system. If transit isn’t available when and where they need to go, their options are not to work anywhere at all or to settle for what they can find nearby.

A 2011 report by the Metropolitan Policy Program at Brookings, found that transit systems often fail the critical task of getting workers to jobs. Given 90 minutes to navigate public transportation, workers who live in the city can access only about 30% of the potential jobs.

Read Another Confession:   Reasons To Send A Press Release [Infographic]

Let’s take a look at the situation and why we should consider accessibility to work as a top-of-the-list concern when planning transit routes and schedules. We’ll also look at private and non-profit potentials.

America, You’re Missing Out on a Huge Opportunity

The Brookings Institution, a Washington, D.C. think tank, studied 371 public transportation systems throughout the nation’s 100 largest metropolitan areas. They wanted to know how well-served the average worker is in the transit system.

The conclusion: America, you’re letting your workforce down… bigtime.

Here are some of the findings from the “Transit and Jobs in Metropolitan America” study:

After looking at the data and considering the potential, the Brookings researchers came to a number of conclusions. Here are some of them:

Public transportation improvements aren’t the only possible solution to the “How can I get to work?” dilemma many American workers face, though.

Let’s take a look at two options — one is old school, the other is new. 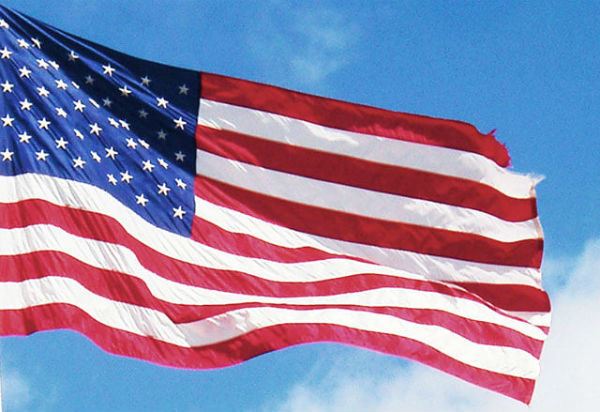 Flag photo courtesy of The Flagmakers

Options to the public transit dilemma – Vehicles for Change

Maurice Gaines was fortunate to find and qualify for the services of an agency devoted to helping people get to work. Vehicles for Change (VFC) receives donations of automobiles from the community. They run those cars through their in-house mechanics and detailers (both are training programs for VFC clients), and either gift them outright to those who need them or make the payments affordable.

Read Another Confession:   Most Useless Feature on LinkedIn: Endorsements

The VFC model caught on, and several other facilities like VFC are now open nationwide. What’s in it for the donor? Other than knowing the donated vehicle will go to helping someone — maybe an entire family of someones — get back on their feet, the IRS allows a tax deduction for vehicle donations to authorized nonprofits.

Nonprofits put a dent in the problem, but we need more than a dent. We need a full-fledged hole where people can find mobility. Better jobs lead to better pay, and that can mean getting out of poverty and giving new hope to an entire generation.

Another option to the public transit dilemma – shared transportation

It’s a concept that is working well in places. Rather than needing to own a car (or bicycle) of your own, there’s a nearby facility where you can rent transportation by the hour or day. The difference between those businesses and a typical rental car agency is way less overhead and much more reasonable pricing.

The leader in the shared ride concept is Zipcar. Their tagline, “Wheels when you want them,” describes the solution to the problem exactly. Whereas public transit must try to serve the needs of everyone at the same time (impossible), being able to use a car when you want — without having to own it — could be a dream come true.

The hangup is that getting Zipcar-type locations placed strategically in a city presents its own set of difficulties.

Led by Zagster, bicycle sharing programs are available from coast to coast. Zagster works with local groups to get the bicycles together and the plan launched.

How we can solve the public transit dilemma

Back to the Brookings report, what we really need is focus. Yes, it’s great to rent a car or bike when you’re on vacation… but how about the people who need transportation to get to work?

If we can come up with a way to make commuter transport more accessible, many will be able to take better jobs for better pay. That helps them, and it helps the nation.

Both Zipcar and Zagster are positioned to serve students, tourists, and people who have an occasional need for transportation. Public services try to take every need into account. Only Vehicles for Change, and programs like theirs, are concerned with those who must get from home to work and back daily.

The demand is huge, but so is the challenge.

Question: Who will step up to the plate, alongside VFC, and confront the situation on a grand scale? The federal government may not be the best choice for a champion.

States could do better, perhaps. Is there profit potential enough to draw for-profit firms into the arena? You bet. Is there more nonprofit entities can do? You bet.

Working together, cross-organizational partnerships could be the best answer.

What ideas do you have? How can we connect jobs, people, and transportation?

Distance working via computer and phone has relieved some of the burden, but plenty more remains to be done. Let’s come together to use the resources we have to help people gain better work, more pay, and the ability to pull out of poverty. Let’s remove the transportation barrier and get America employed again.

Abel Cane lives and works in the great Pacific Northwest. He used to think mass transit would solve work and environmental problems by the year 2000. 16 years later, he’s still waiting. Connect with Abel on Twitter @BoomAlive.