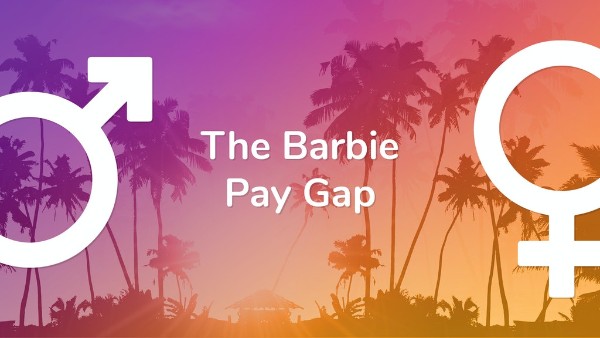 Mattel’s iconic toy, Barbie has been empowering young girls everywhere highlighting to young children “they can be anything”, present with Barbie’s latest launch of Naomi Osaka Barbie but, in today’s standard looking at the gender imbalance in the working world, it appears there’s still a long way to go for equality.

The personal finance experts at money.co.uk have analysed Barbie’s professions to find out the average salary in the UK and USA and the gender pay gap.

So just how equal are Barbie and Ken? The answer: only their price tag.

You can view the full findings here.

Nisha Vaidya, personal finance expert at money.co.uk comments: “Children’s career aspirations have long been defined by gender stereotypes. Despite toy manufacturers, such as Mattel introducing powerful initiatives, like The Dream Gap to change this mindset, the stereotype that particular job roles are gender-specific is still present.

“Our experts’ analysis shows the disparity between the UK and USA when it comes to gender balance. Even with Barbie working across a wide variety of job sectors in recent years representing females in largely male dominated positions, women continue to be misrepresented in the working world. Although there are current laws in place ensuring equal pay, the data still reveals men continue to be favoured in the workplace. More measurable steps need to be taken to re-address this balance.”