Inspirational Quotes from Celebrities About Life 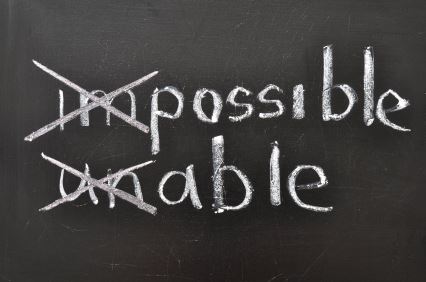 After reading about them in magazines and watching them on TV, you might not believe that celebrities have intriguing thoughts to convey, but many of these celebrities are in fact quite quotable. That’s because the most successful celebs have often gone through the most difficulties and have learned from those difficulties before reaching fame & fortune.

Oprah Winfrey, for instance, is known to have had one of the most difficult childhoods, with a broken family and ongoing sexual abuse. But after years of hard work and dedication, Oprah became the richest African-American of the 20th century.

Likewise, Beyonce who was a member of one of the world’s best-selling girl groups had it broken up by money and decision-making problems. But eventually, Beyonce became the world’s best-paid music personality.

Similarly, DiCaprio was very poor as a child and was raised by a single parent in a tough neighbourhood filled with drugs and gangs. And surprisingly enough, these tough circumstances motivated him to become the actor that he is today.

Sometimes, simple but wise words from these inspirational people can motivate us to make small but meaningful changes to our lives. The following infographic by Life Coach Spotter lists some of the top inspirational celebrity quotes that will leave you inspired.

“Be thankful for the hard times, for they have made you.”

“Find out what your gift is and nurture it.”

“Follow your dreams and don’t let anyone stop you. Never say never.”

“Do the one thing you think you cannot do. Fail at it. Try again.”

“Being realistic is the most common path to mediocrity.”

“Be happy with being you. Love your flaws. Own your quirks.”

“Be humble, hungry, and always be the hardest worker in the room.”

“Nothing in life comes easily. Everything comes with sacrifice.”

“You can’t knock on opportunity’s door and not be ready.”

“You learn more in failure than you ever do in success.”

“The main thing in life is that you get what you put in.”

“If you just sit on your hands, it’s never gonna happen.”

“All the people who knock me down, only inspire me to do better.”

Read Another Confession:   A Guide To Marketing Your Event

“Believe and work hard, and all your dreams will come true.”

“Be the shark. You’ve just got to keep moving. You can’t stop.”