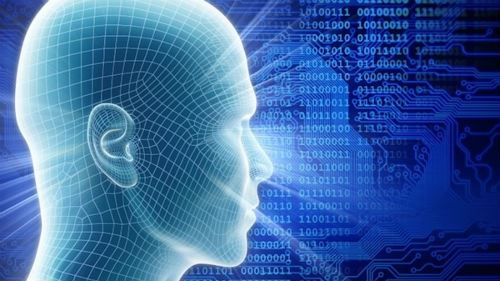 Personality has a significant role to play in providing answers to the way someone is, how they will act, and how they will perform in certain situations under certain circumstances, so it is no wonder why some organizations rely on personality aptitude tests (psychometrics) to determine whether to hire someone, or admit someone into their institution. A personality aptitude test can determine what type of career someone might be most successful in to determining the type of leadership they present, for example, whether they could be a CEO, manager, or general employee.

Personality aptitude tests can determine job placement, group interaction, and self-reflection. There are no right or wrong answers in a personality test. They let the testers exactly what you are capable of, provide an idea of the way you think, and the type of person you are.

This infographic takes a look at what is really behind the personality test.

A major component to modern psychology is personality testing and typing. With applications across a huge number of industries (education, counseling, business, sports and more), understanding the major schools of thought when it comes to personality types is important for psychology students (and amateur therapists).

The History of Personality Testing

Hippocrates suggests that our personas are based on four distinct temperaments. Galen takes that a step further by pairing a body fluid to each temperament (blood, mucus, black bile and yellow bile). He suggests that whatever fluid was dominant in the person determined their “humor.” This theory persists for about a thousand years after Galen’s death.

Medical science supplants the humors theory in treating the body, but the theory remains integral to determining personalities.

Physiologist Wilhelm Wundt in 1879 becomes the first person to draw a clear distinction between the human body and one’s personality. His research leads him to believe that not only are the four temperaments aspects of the human personality (and not the body), people display a combination of two or more temperaments.

The psychological boom in the early 1900s leads to a jump in interest regarding personality testing and typing. Several prominent theorists emerge, including Carl Jung, Sigmund Freud and Eduard Spranger.

The first modern personality test, the Woodworth Personal data sheet, is first used to help the United States Army distinguish which recruits might be susceptible to “shellshock.”

The Myers-Briggs Type Indicator is introduced, based on Carl Jung’s personality theories. The test remains the most widely taken today, with an estimated 4 million people taking it every year. (2, 3)

There are probably as many common personality tests as there are people in the world. Well, maybe not, but there are a whole lot of personality tests, and they all measure different things. Let’s take a closer look at the three most prominent tests in use today.

What: Based on the psychological types identified by Carl Jung in his theories that what appears to be random variation in behavior is actually orderly and consistent and can be traced to basic differences in people’s perception and judgment.

Developed: Based on decades of research that started in the 1940s; test first introduced in 1962.

What: Used in clinical settings to evaluate a patient’s psychological problems.

Developed: In the late 1930s to help diagnose mental illness. Often applied in legal cases, and only administered in clinical settings.

What: Attempts to identify the five basic aspects that make up human personality: openness, conscientiousness, extroversion, agreeableness and neuroticism.

Developed: Initially developed in the 1970s, it’s been reaffirmed several times via independent research over the years.

Types: 5 fundamental factors on which an individual is rated so that their personality is made up of a mix of each trait. Could look something like this:

Read Another Confession:   Is Life Insurance Cover Worth it?

Length of test: Variable, but some versions are as short as 45 questions on a 1-5 scale

What Do the Tests Reveal?

As we’ve seen, there are lots of different ways to describe someone’s personality. How do you compare with notable people (and a few fictional characters)? Using the most common personality test in the world, the Myers-Briggs Type Indicator, which of these traits are most familiar? (7)