Keep Up With The Times Or Get Left Behind

A little over a year ago, I had been unemployed, looking for work. I applied to almost a hundred jobs on Craigslist and nothing seemed to stick. Finally, I received an email that I was the perfect candidate for the job. It was a software company looking for a web developer, specifically Javascript and Flash. Luckily, in the time I had been unemployed, I taught myself both Javascript and Flash and had a solid understanding.

During the interview, I negotiated a decent salary that I was comfortable with and knew it was a price they wouldn’t mind settling on, as it was severely underpaying me for the position they wanted. I figured I could negotiate a raise in about six months once I proved that I knew what I was doing. I even asked if my salary would be re-negotiable after I had proved myself and was told that it was. We all shook hands and I started the job the following Monday.

It took a few days to get my station set up and settled in, but I was being mentored by a friendly co-worker. I did my best to pay attention to what he was doing, as he taught me the ins and outs of the program. I was not really going to be using the program itself, but coding it and fixing bugs. My co-worker was very impressed by how fast I understood everything and quickly adapted to the program. The weeks went by pretty quickly and I really enjoyed the job, getting to know my co-workers and the whole office felt like family. It never seemed like anyone was trying to stab anyone else in the back. We all got along very well. Work ran smoothly and not having to worry about others trying to “get ahead” by throwing others under the bus, it made work easier and relaxing.

The Production Team would give me a list of bugs each week or features they wanted to see in the program and I was tasked with making it happen. It was almost cake. Occasionally there would be a bug here or there that I had overlooked and would quickly fix it. After a few months there, work started to become a little bland and not very challenging. I still enjoyed it but certainly wanted more. The company itself was somewhat of a success, having received plenty of awards in customer support, customer experience, and even best graphic design.

After 6 months was up, I thought it would be a great time to negotiate my salary, but to my dismay, a meeting was called to discuss it with everyone. The CEO and the Sales Team reported that we were behind by over one hundred thousand dollars in sales of our program. The CEO stated that no one would be getting raises, no one would be getting bonuses, unless we were to do better and meet our quota over the next few months. We, the employees, offered plenty of suggestions to try and change the face of the company to help us become more marketable and productive, realizing that our competition would beat us if nothing changed, but all those suggestions went no where.

Why and how this had anything to do with the Development and Production Team, I’m not sure, but I would think that an issue like this would fall on the Sales and Marketing Team, not the others who make the program what it is. Nonetheless, all the teams together were given a prep talk about working together and working hard over the next few months to make it happen. We continued to work, but new work came less and less. It seemed as if we were not getting many new clients. Most work was that of old clients requesting changes or using their maintenance packages they purchased to update their software to be more customized for their company needs.

Several others on the Development Team, including myself, had been tasked with updating the program to make it work on the Web, rather than just PC computers. We worked very hard over those next several months, delivering a product that worked and was able to function. It still needed a lot of bug testing, but most of us were confident it would do the job of going live. Unfortunately, the CEO decided he was more confident that the old product would sell and held off on the new product that we had worked hard developing for almost five months.

Read Another Confession:   Lockdown in the UK During COVID-19 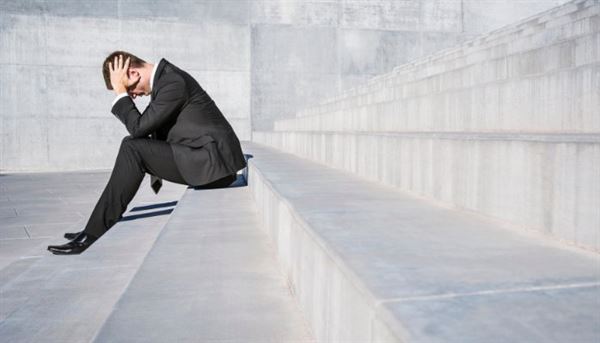 After our first disappointing meeting, we all knew the next meeting was not going to good because our client base was not increasing. We still had hope that we would at least get some bonus to keep us encouraged. Everyone knew what was going to happen though. We were called in again for a meeting to be informed that big changes were coming and the confirmation that no one would receive any raises or bonuses because “we” again – did not meet the quota.

By this time, company moral was completely down in the office. Everyone came in when they wanted to and left when they wanted. I and my co-worker continued to show up on time, do our jobs, and leave at regular time. If we were not going to get any raises, we were still going to do our best and continue like normal – ride whatever there was to ride out.

About a week after that meeting, my supervisor was offered a better job elsewhere and took it. The only woman running the Marketing Department also got another job and left. The Human Resources Department became more visible for a few days, and called me into their office. They informed me that I could take a severance pay and agree to leave the company without seeking unemployment or get fired and receive nothing from the company. I agreed to take the severance package which held me over for a few weeks.

My co-worker called me later that day and informed me that one other person was laid off as well. He told me the company felt they would be able to progress and start launch of the new program I had worked on, but to save money, they had to let a few people go. I was able to find another job rather quickly after I left the company. I learned that no one else had been hired at my former company.

Read Another Confession:   Working on Christmas

Almost three months after I had been laid off, my co-worker called me to update me on the company’s status and to let me know he was looking for another job, as he wasn’t sure how long it was going to last. His update: Another supervisor quit, the entire Sales Team quit, the Database Administrator quit, another developer was laid off while another quit, and those who remain know the company is coming to an end. He had informed me that he and all the other employees did not get paid for almost a week after they were supposed to be paid.

He called me about a month later to let me know that he too, a web designer, along with a graphic designer was laid off – and no one had been paid in over a month. The company was dying a slow inevitable death ever since I had started working there. Promises quickly turned into lies and an entire company of almost 10 years was fading into oblivion, all because the CEO believed he knew what was good for the company, but refused to listen to the suggestions of the employees.

The website the company once had no longer exists. After experiencing quite a few successes for nearly a decade, becoming known throughout the tech world, and even winning awards, beating out much of its competition, including Microsoft, the company is now among another failure, and no one will even remember its name. It is a warning and a lesson to any company out there: Open your company vision to employee suggestions and embrace change. In the world of technology, you either keep up with the times or you get left behind. 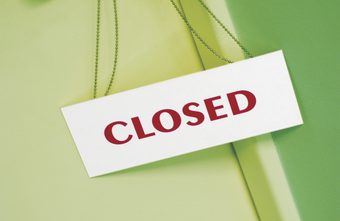