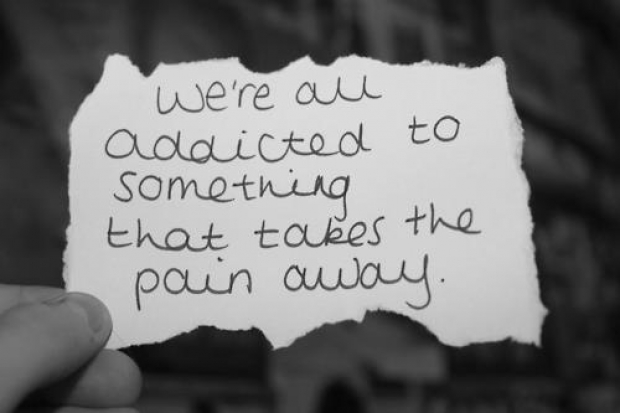 Thoughts from a Homeless Guy
Do You Have To Pay For Your Uniform?

Feeling attached to a certain item or activity can be healthy from time to time, but overdoing it can lead to addictive behavior. Process addictions, such as those to food, the Internet and sex, have the potential to take over someone’s life and be very destructive.

With food addiction, for example, people that try to stop or cut back on food have trouble correcting their behavior, even if they want to or have tried. A lot of times, recovering from one process addiction can lead to it being replaced by another. An example of this is when someone cutting back on food then becomes obsessed with dieting or exercise.

Like other addictions, process addictions develop by giving people a rush of dopamine that increases pleasure. When this is associated with a particular food or other activity, people will do whatever it takes to satisfy their urges and experience the feeling again.

To learn more about different types of process addictions, take a look at the included infographic.

More Than A Bad Habit

Once people experience pleasure associated with increased dopamine transmission in the brain’s reward pathway from eating certain foods, they quickly feel the need to eat again.

The idea that a person can be addicted to food has recently gotten more support from science.

As with other addictions, people who have tried to stop or cut back on a food addiction will have trouble stopping their behavior, even if they want to or have tried.

Some people who overcome a food addiction and lose weight become addicted to exercise instead.

People develop a tolerance to sugar, they need more and more to satisfy themselves.

Eating and Internet for Smoking and Exercise

Occurs when you successfully manage to recover from one addiction, but in the process you replace it with another addiction.

Famous Food Addict
Carnie Wilson: In 1993, her own singing group broke up. A couple of years later, Wilson admitted that she was a 300-pound food addict, and began to explore bariatric surgery as an option. She told interviewers that she felt there was no choice.

60 adults, average age about 24, took tests that examined their Internet use, their moods and feelings, including the potential for anxiety or depression, and even if they had some autistics traits. All participants then used the Internet for 15 minutes. Immediately after, they again answered questionnaires to judge their mood and anxiety level.

Read Another Confession:   Keep You And Your Employees Smiling

Net Compulsions – such as compulsive online gaming, gambling, stock trading, or compulsive use of online auction sites such as eBay, often resulting in financial and job-related problems.

The most common of these Internet addictions are cybersex, online gambling, and cyber-relationship addiction.

Celebs and the Internet

Russell Brand: Was obsessed with Googling himself.

John Mayer: Said Twitter has become a dangerous addiction that he had a hard time quitting. “I now have an even larger Tumblr addiction.”

Jennifer Aniston: Allegedly ended her relationship with musician boyfriend John Mayer because he is obsessed with Twitter.
Sex Addiction (the behavior of a person who has an unusually intense sex drive or an obsession with sex)

Around two-thirds of sex addicts are male.

As many as 12 million Americans have a sex addiction.

Adolescents and young adults who are intellectually delayed can develop a pattern of compulsive sex behavior, as a result of not having developed an accurate understanding of healthy sexuality.

Either while they are abusing stimulants or when they quit using drugs.

Those with Dependent Personality Disorder can become sexually addicted as well. Love addicts use sex to get love and can base their entire identity on the relationship, thus becoming totally dependent on that person.

Read Another Confession:   Who’s Doing The Most Housework In America? [Infographic]

David Duchovny, in the past, voluntarily sought treatment for sex addiction, and has talked about his internet pornography obsession. Ironically, he portrays a sexually compulsive writer on Showtime’s Californication.

There is such a thing as monogamous sex addict.

Created by Valiant Recovery, treating the roots behind addiction not just the surface problems.

Thoughts from a Homeless Guy
Do You Have To Pay For Your Uniform?