The Watches Of James Bond [Infographic]
Invest in Tech30 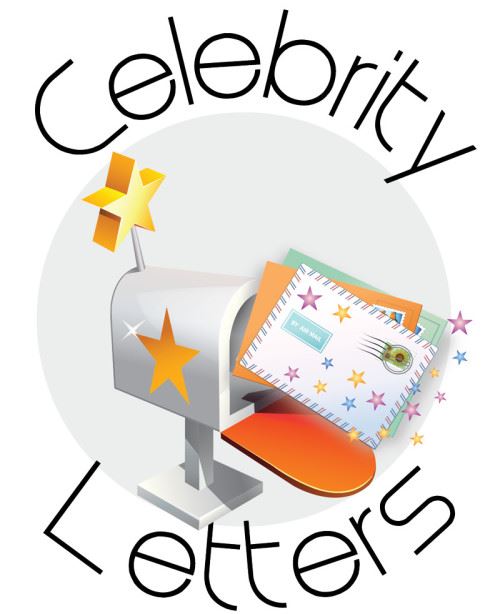 There was a time where the only way to get in touch with celebrities was to send them a letter in the mail, usually found in a phone book or searching a public directory listing of names. Other times, for celebrities who may wish to remain private or unlisted, either the celebrity might have a P.O. Box, a publicist, or a mail fan club, where mail could be sent in order for the celebrity to receive their fan mail.

The Internet came along and the new way of getting in touch with a celebrity was through email, another form of getting in touch with a celebrity, though the chances of ever getting a response back or your email even being read were very slim, as the inbox probably filled up, rendering it useless, though it was not very common that celebrities gave away their personal email addresses or even some celeb-fan email address.

America Online (AOL Inc.), for a time, would sponsor celebrity chatrooms in which celebrities would enter into a chatroom and speak to their fans, taking questions, and talking with them live, though the chatrooms were strictly monitored, with people sending messages, though hardly any ever got through except the ones the “chatroom monitor” wanted to go through. This also put a limit on how fans could reach celebrities.

Read Another Confession:   What You Didn't Know About Shakespeare [Infographic]

Finally, Social Media was founded, and it has been evolving into the best form of communication with organizations, businesses, clients, customers – and eventually celebrities and their fans via Facebook and Twitter – through Social Media pages. The two major Social Media Networks realized the power celebrities had on their networks and while there were plenty of people who created fake accounts pretending to be celebrities, both social media networks came up with a way to stop posers and authenticate that in fact, the real celebrity, or at least their promoters or publicists were behind the celebrity account. After a celebrity creates their account, the account is investigated by Facebook and Twitter to confirm the real identity of the celebrity, either by popularity or actually calling up and speaking with a representative of the celebrity. While there are some cases of “fake verified profiles” being authenticated, is it rare and usually looked into immediately, as “personal identity of celebrities” is taken very seriously by the major social media networks.

Facebook allows for a celebrity to have a personalized Facebook page in which they can easily publish articles that fascinate them or directly communicate with fans, and have fans comment on their posts. Facebook makes following celebrities as easy as typing in their name, and if they have a fan page, Liking the page, and receiving continuous updates from a celebrity who posts on their page. Celebrities who are authentic and real usually check a blue check mark by their name.

Although I’m not one to follow every single celebrity, there are three that I often receive updates from and that I have seen actually respond to their fans, and one has personally responded to me several times. In my own Facebook feed, I often get updates from: Jessica Alba, Romany Malco, and Zooey Deschanel.

Romany Malco posts photos of himself posing with other celebrities, but he loves when people reply with comments that can make him laugh. Jessica Alba usually uses Facebook to promote her company, The Honest Co., or share some of her personal life, especially photos of her family and children. Zooey Deschanel seems to be one of the most active celebrities on Facebook, though it is likely her team sharing and promoting articles on her website, HelloGiggles, which she co-founded with friends Molly McAleer and Sophia Rossi, and which has now sold to Time, Inc.

In being able to communicate with celebrities personally, it can help establish a human connection between fan and celebrity – humanizing the celebrity – as fans can see they are just like normal everyday people, but are a “celebrity” simply because of their career in acting.

The other social media network that allows an even more direction connection with celebrities is Twitter, in which fans can send personalized messages to celebrities using the @ command or start a chat using the # (hashtag) command. While many celebrities will most likely not always respond, if and when a celebrity does check their inbox, they will be able to read what their fans write to them. Twitter is probably the best and easiest way to get in touch with a celebrity. A celebrity may be bombarded with fan and company messages, but the 40-character limit allows for the celebrity to at least skim through messages, instead of reading through a lengthy email or comment.

Unfortunately, with every message, letter, or email of great praise, there is about the equal amount or more of “hate mail” that a celebrity receives. While celebrities are beloved by millions, there are still people who dislike or hate celebrities enough to write them and insult them. It is far easier nowadays to log into Twitter and type 40 characters than to find out a celebrity fan mailing address. While celebrities have most likely learned to ignore these messages, as they must do for the majority of the over-hyped false stories in the tabloids, they still may come across or read them occasionally. In the end, however, a celebrity continues their life as normal, and continues to enjoy making the millions of dollars that all their non-fans will probably never make.

Read Another Confession:   Lessons On Being The Nice Guy

The Jimmy Kimmel Live show has allowed for celebrities to read these mean things that people say and shows their reactions and responses. Every few weeks, a new bunch of celebrities reads new tweets they received from fans who have insulted them.

The Watches Of James Bond [Infographic]
Invest in Tech30