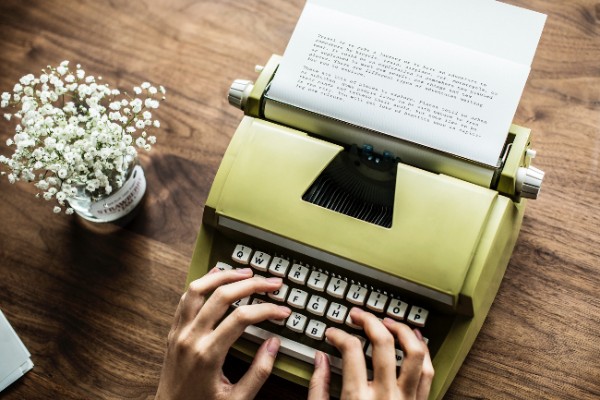 Once upon a time, typing was an extremely valuable skill and art that was actually appreciated. People who could type fast could get things done much quicker. People who could type fast without making any mistakes could definitely be valuable, especially when it came to the typewriter – in which mistakes could not really be undone. I do remember when my first computer was a typewriter – and you could backspace and overwrite the letter just once, and it would not always work. If it did not work, you could always pull out the whiteout and run it over the letter, blow on the paper until it dried, put the paper back in, and resume typing. While whiteout probably has saved the lives and jobs of many people and companies, whiteout hardly looks professional if not done right.

If people could type fast, they would mention it on their resume and it would definitely be looked at as a valuable asset and skill that a person could provide for the company. Typing classes and courses were offered – and are still offered. The best decision I had ever made was to take a course in high school called “Keyboard”. It was exactly what you are thinking. All we did was type for the entire class – we wrote letters to our parents, letters to the President, pages out of books, pages from the dictionary, and just about everything that we were assigned. I ended up being the second fasted typer in the class at 90 – 100 words per minute (WPM). 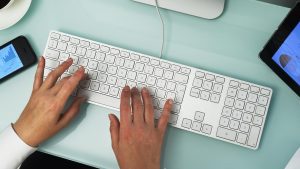 To this day, I still type that fast and while in college, I would speed type or type at the speed of thought – as I listened to my professors in class, I would write down what they were saying word for word. Speed typing or typing at the speed of thought is when you type as fast as a person can talk or think and you are able to write down everything they say as they are saying it – regardless of any errors you make, you keep typing without correcting errors so you can keep up. As you get good at it, you hardly make any mistakes and errors become less common. As you get very good at typing on the keyboard, you no longer have to look at the keyboard. People were always amazed at how fast I could type and the fact that I never had to look at the keyboard or I could type exactly what they were saying as they were saying impressed many people. Over the years, however, most people just thought nothing of it, and many people became just as fast and it became a dying art.

Unfortunately, the value of typing fast is hardly recognized anymore. There are still many people who have to look at the keyboard as they type or type with only one hand and may type as fast as 30 WPM which is definitely considered decent typing. The majority of average people type anywhere from 35 to 50 WPM, with more advanced typists typing around 51 – 75 WPM, and more experienced and skilled keyboard typists typing as fast as 100 WPM.

Read Another Confession:   Which Wines Will Rule The Investment World In 2017?

If you do it right and learn how to type well, you will always be learning and you can only get faster and faster – as fast as your human mind and fingers will let you. It is like practicing an instrument: The more you practice, the better you get, and since you are on the computer – writing emails, typing up papers, chatting with friends, posting on Facebook or Twitter, you are always using the keyboard instrument. While the art of typing may not be well recognized anymore, being able to type very fast and without looking at the keyboard is a great skill to have and a goal that not everyone can achieve. Practice makes perfect and once you learn how to type like a professional, you will always feel like a professional typing on your keyboard. 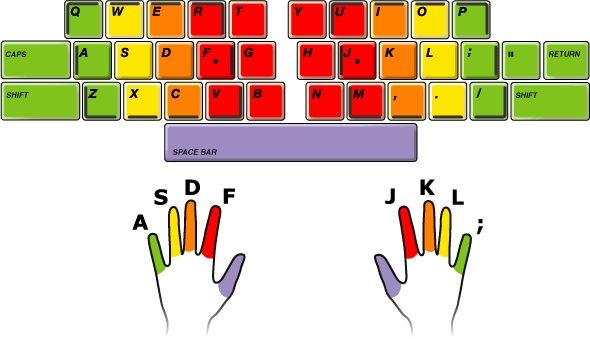