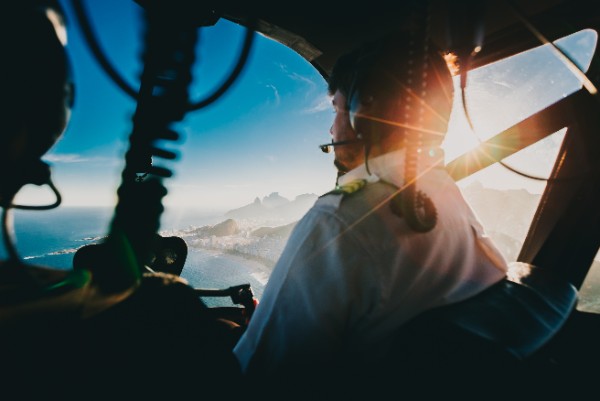 The majority of people, when they think of becoming a member of Cabin Crew, or a pilot for that matter, their first thought goes straight to well-known commercial airlines. These are great airlines to work for; however, many employees eventually decide they want to work for a private jet firm rather than a commercial airline.

To work for a private jet firm, you do not need to possess any particular credentials, but having a solid foundation in the subjects of English and mathematics as well as some experience in the hospitality, tourist, or aviation industries is advantageous. A course on how to be a cabin crew member is another option. It is possible, but not confident that you may be needed to undergo safety training, which is distinct from what is required by commercial airlines and depends on the size of the aircraft you will be flying. You will, however, very certainly be required to undergo a standard medical examination. It is essential to remember that the criteria of various airlines are pretty different from one another.

Read Another Confession:   The 2017 Retirement Industry

Customers that need a high degree of service or VIPs are the ones that private jet businesses normally serve. Therefore, the ideal approach to obtaining experience in the airline industry is to do so with a well-known company that provides exceptional customer care. This will establish that you have the abilities and expertise the private jet firm seeks, which is an important step in the hiring process.

Your passion for speedy and sophisticated machinery may have led you to pursue a career in the aviation business. Suppose you are interested in working with the most advanced and cutting-edge technology. In that case, you could find it more appealing to do so on a private jet than on one of today’s wonders of contemporary engineering, commercial aircraft. Dreams of commercial flights that are even quicker than what we have now are constrained by the money customers are prepared to spend to get to their destination; most people are less likely to pay more money solely to go faster.

It is more probable that supersonic aircraft will be developed and invested in by private airlines and the military forces of federal governments. The turbojet airplane built by Aérospatiale and BAC, known as the Concorde, was notable for flying from New York to Paris in slightly under three and a half hours. Anything is feasible if enough preparation is made and qualified aviation professionals are used.

It’s possible that working for a private jet firm as a cabin crew member won’t be as easy to come by as it is for commercial airlines. They take on a far smaller number of employees and, as a result, do not necessarily need the same level of effort and financial investment into advertising as bigger, commercial airlines do. As in the United States, employment possibilities with private jet firms are plentiful throughout with the increased number of facilities. You can get a job position working at a New York private jet airport if you are qualified enough. Certain airlines will also promote their open positions immediately.

Read Another Confession:   Why Real Estate Makes A Great Investment?

According to the data provided by the Bureau of Labor Statistics (BLS) of the United States Department of Labor, the annual salary for aviation equipment mechanics and technicians was an average of $58,390 in 2015. It should be no surprise that this figure might change based on the specific sector of the economy in which you work as well as the geographical location of the employment. The average annual salary for technicians working on planes for delivery companies is $97,830, even though there are a significantly smaller number of positions available for technicians working for delivery companies than those for commercial airlines.

If you worked for a private airline or aircraft owner, your pay would probably not be standardized as it would be at a public airline. Even if it is conceivable that you will be able to negotiate compensation at the standard rate for the industry, it is also feasible that you may wind up with a wage that is substantially greater than that of your commercial rivals. Your salary would be determined by how high your company regarded your talents and the number of years of experience you had.

Obtaining certification or degree in aviation engineering or mechanics paves the way for you to participate in an entire market sector. There are many different directions that your career may go in, and it all depends on your particular preferences and the talents that you possess. One of the most significant choices you’ll have to make is whether or not you want to work for private aircraft owners and firms or commercial airlines. You could find working for a commercial airline more enticing than working for a private airline, although both types of airlines provide profitable and interesting career prospects.

Read Another Confession:   Group Discussion—How to Prepare and Succeed in CAT Exam [India]