There is no doubt that I could ask at least 100 people I know what they liked about their best manager or supervisor. Chances are, all of them would have at least one favorite. Every manager has good qualities and bad qualities about them and if they manager more than one individual, it is unlikely that they will be liked by everyone on their team. Many of them would also have at least one story of a manager they wish they could forget, but they don’t view them in a very memorable way. And that is the problem.

A good manager or supervisor will be remembered in a positive light. Even a strict manager who at least had the heart to treat the employees they oversaw with dignity and respect will be able to go down in the history of the company as someone who is a good manager. Unfortunately, as the cliche goes, thanks to Marvel comics, with great power comes great responsibility. No manager is always good or always bad, as they are human with their own flaws. They make mistakes and they get things wrong, but they did not get their position by being a bad employee. They did enough convincing to prove they were the right one for the job.

It isn’t easy to be a manager and sometimes it might be an extra $1 or $2 seen in the paycheck and it could even mean an extra $20,000 a year or more in the paycheck just for carrying the title of manager or supervisor. The pressure and work that is placed upon a manager might be overwhelming and the expectations are quite high, though for the extra money, those are the expectations of the company to manage a group of employees. A good manager thinks of leading a team and thinks in terms of “we” instead of “I”. They will assign tasks while also making efforts to lead by example. They will ensure their team still respects them, while instilling confidence in them, and ensuring they continue to work to a satisfactory level.

There are lines that are often crossed in what makes a good manager a bad manager or a bad manager a good manager, and sometimes it is hard to tell which is which because a manager is technically meant to keep the team in line which may require discipline or even the firing of some individuals. The manager is not your friend and can never be your friend unless you two do not work together. Going out for drinks, even at the invitation of a company should be proceeded with caution, which means that you should not have more than one or two drinks. It is not okay to let your supervisor see you in any kind of non-sober state of mind, regardless if the event is “just for fun.” Always know your limits in contact and conversation because a supervisor is not your friend.

This does not mean, if you experience issues with another co-worker, that you cannot turn to your supervisor, as this is the first person you will need to turn to and trust that they can do their job to resolve any issues. However, if there is an issue between you and your supervisor, then you may “lightly” try to resolve it with them by at least making them aware of their handling of situations, specifically with you, and if this does not change, then you may inform Human Resources. Keep in mind, however, that HR is not your friend, either, and will have the best interests of the company at heart, which may mean that you and your supervisor could lose your jobs.

To spot a good manager, work should feel only slightly stressful because of the workload and the challenges that any job has to offer. A supervisor may seem stressful and may put demands on you because of the job and their expectations, but the stress should not come from feeling or being uncomfortable with how they treat you. Should you feel that you are being harassed in any way, then this is an issue that you need to bring up to HR. Harassment does not mean they are pressuring you for reports. If they seem like they are harassing you because they need the reports on their desk by the end of the day, this is perfectly legal. 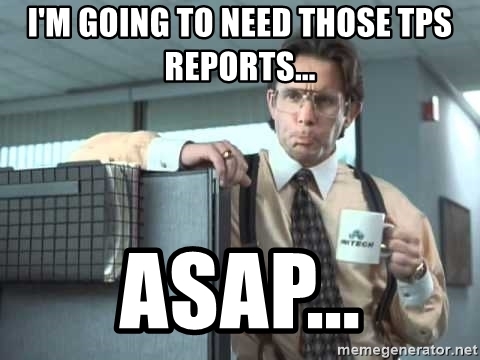 If they are explaining to you that the work was not done correctly and to redo your work to a more “satisfactory level”, this is also perfectly legal and does not constitute harassment. However, if you feel that you have done the best job you could do, and you’ve redone your work multiple times, you may need to address the issue with them to understand where and what you are doing wrong. There are times where you may need to redo your work because it is not as good as it could have been, but if this process is repeated more than once or twice and continues to happen, then you may need to address the issue at hand, which can often solve future problems.

If they are harassing you because they are trying to get you to go out for a drink with them or because you refuse to hang out with them or they are talking behind your back to another co-worker and you overhear it, this does constitute a bad manager and may even likely need to be escalated to the Human Resources department. Unfortunately, many supervisors who obtain their position often do so because they know someone or they performed their best and excelled at their jobs, leading the company to believe they were right for the position, despite not truly having the proper training or education to lead a team.

A manager’s first go-to in resolving an issue should not be threatening to fire you for something you did wrong, unless it is an unforgivable mistake, deemed by Human Resources, that the only solution is to fire you, but if the manager’s actions are to threaten you with job loss every time you make a mistake, this is hardly a good manager. A good manager will seek to understand why the mistake occurred and work with the employee to prevent it from occurring in the future.

This leads to the question, “is it better to be feared or respected?” Depending on that answer is what determines the type of manager it is. To be feared leads to a more dictatorship-type role which is almost always unacceptable, at least in the United States and many developed Democratic countries. However, there are always pockets of businesses that do run their workplaces that feel as if they are being run by a tyrant. This begs the further question, despite needing money and a job, why are you still there? While work is not meant to always be fun and enjoyable, work should at least provide a place where you know you are working hard to earn money to take home so you can afford your lifestyle. You should not have to fear going to work everyday, although I must admit, I am quite guilty of this myself.

Being a manager does require at least one trait, however, which is the trait of just being a genuine good human being. For example, most managers are the ones who handle the schedule so when an employee requests the time, for whatever reason, a manager can approve or disapprove of the request. A bad manager will understand that family members and even friends may die and approve the time off. I have personally worked for a manager who declined a request off when a co-worker’s family member died. It took many years, but karma took its turn coming around, and he was fired. He was likely fired for multiple reasons that I cannot list, but that could likely have been one of the reasons.

In any case, a manager is still subject to the same set of rules put in place by the Human Resources department, and is, in many cases, held to an even higher standard and expectation from the company, as they are put in charge of a group of people to lead by example, train them, and ensure they are the most productive team for the company. A manager’s job is stressful as not only does they have to answer to their bosses, but should any employee, all from multiple generations, complain, they may have to deal with the stressful situations that their own team may face.

Just remember, regardless of the rules of the handbook, the best thing any manager can do to be a good manager is to be a genuine human being who understand that life situations happen and to respect those employees who are facing issues, whether it is personal at home or professionally in the workplace. History has shown that following orders can be a good thing, but it can also lead to very bad consequences for anyone, especially those who believe that duty is more important than being a genuine human being.