Inspiring Authors and their Stories 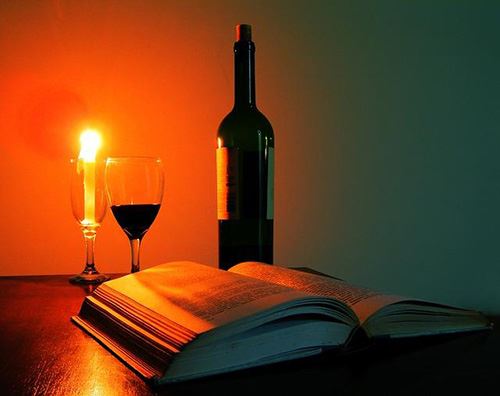 What inspired great writers and how they scheduled their working day. Hemingway wrote standing, Nabokov used the index cards, Vonnegut recharged with scotch and Murakami with sports. We bring you the most interesting evidence of outstanding writers, on how they created a working day that inspired them.

Ernest Hemingway: wrote standing on the skin of the African antelope

The typewriter was at the level of his chest, a stack of paper was located on the left, he took a sheet, put it on the board and started writing by hand. His handwriting was becoming larger and more boyish over the years and he started neglecting punctuation and capital letters. At the same time he had a schedule of productivity – every day the writer pointed out how many words he had written (the figure varied from 450 to 1250). Hemingway treated his craft with the same share of poetry and pragmatism.

“When working on a book or a story I start every morning with the first rays of sun. No one can bother me, it is cold or even cool, you sit down to work and write until warmed. You read what you’ve written and start from the episode, when you know what happens next. You write until you have the strength and yet know what will happen after, then stop and try to survive until the next day. Suppose you start at 6 a.m. and work until noon or finished earlier. When you finish, you’re so devastated and at the same time filled as if you were making love to your loved one. Nothing can hurt you, nothing can happen, nothing matters until the next day when you start again”.

Read Another Confession:   How To Move a Recommendation On LinkedIn [Solution]

Ray Bradbury, a science fiction classic, told the Paris Review in an interview that loves his favorite genre for ideas that have not yet been implemented but will be in the near future, for the “art of the possible”. He compared such literature with the myth of Perseus and Medusa: rather than facing it, you look at her over your shoulder and through a mirror (though science fiction looks into the future, but reflects the urgency). It is no wonder that with such a love for fiction Bradbury also insisted on the principle of working with pleasure.

“I can work anywhere. I wrote in the bedrooms and living rooms when I lived with my parents and brother in a small house in Los Angeles. I typed in the living room to the sound of the radio and parents talking with my brother. Later, when I worked on “Fahrenheit 451”, I came to the University of California, Los Angeles and found the print room in the basement. If you insert 10 cents into the machine, you can buy a half-hour of the printing time”.

Few people know that Twain wrote poems and fairy tales for children, rather he is known as the author of witty responses to readers (his comments to their letter was published as a book). Also the writer was famous for aphorisms, which eloquently show his attitude to work: “Let us be grateful to Adam, our benefactor. He took the “blessing” of idleness away from us and gained the “curse” of labor”.

He walked into the office in the morning after a good breakfast and remained there until dinner, i.e, to 5 p.m. Since he missed lunch and the family did not dare to disturb him – they used the horn, if they needed him – he was able to work for several hours in a row. After the dinner he read what he has written for the whole family. He liked to be listened to. On Sundays he didn’t work and had a rest with his wife and children, read and slept during the day somewhere in a shady spot near their house. Regardless of whether he worked or not, he always smoked cigars.