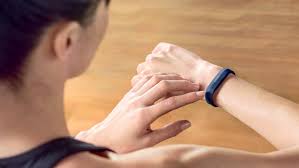 At one point of time wearable simply meant something that can be worn but the term has changed its definition in the recent years. In the present era, wearables are actually any functioning digital technology that can be worn over the body. It could be a belt that can monitor the flow f your blood or a bracelet that monitors and collects your pulse rate. In many cases the wearable are used for monitoring and managing the health. Once a privilege of rich people the wearables are now making fast inroads to reach the lower middle class too.

There are a number of benefits offered by wearales. Let us know about some of them:

There is a close relation between healthcare and data. The timely availability of vital data like pulse rate, BP and heartbeat can reveal some vital information about one’s health. However it is not practical for a person or even healthcare professional to keep on monitoring the changing body data consistently. With the help of wearables the important data can automatically be collected, stored and used to check the health condition of the wearer.

Many of the lifestyle generated diseases arise because of unregulated daily life. However, by wearing the smart wearales the person can have a wholesome view of the implication of his daily lifestyle on his health and thus he can adopt a healthy lifestyle. Many wearables also issue warnings regarding the capability of a person. For example, one can reduce the intake of salt if he finds the abnormality in has BP via a warning issued by wearables.

Read Another Confession:   Give Up Sugar Drinks [Challenge]

The collection and storage plays a great role in identifying the major challenges of the public healthcare over a period of time. With the help of wearables the vital data can be collected, shared and stored and thus it can also help the public health department to function in a more efficient way.

The patients can transcend the limitations posed by the distance and time as the collected accurate information can instantly be sent to the healthcare professional. Likewise, he unnecessary crowd at the medical practitioner that affect his efficiency can considerable be reduced as many people can contact the medical practical using in-built digital communication.

Myriad Aspects You Need To Know

Anything that a person wears on the body, generally next to his skin either for the entire day or during specific biological activity like jogging is appropriate to be used for wearable technology. The vital data like BP,  heartbeat, or body temperature can be collected digitally and sent to the medical practitioner via digital mediums. There are several commercial aspects too that are associated with wearable technology. A number of tech companies are flourishing exclusively or partially on wearable technology while many celebrities havehave actively started using, advocating, or even investing in wearable technology. Let’s take a look at some benefits, examples, and other interesting aspects of wearable technology with this infographic.

According to a survey, the time and accurate availability of vital health data can save as many as 100,000 lives every year.

Collection of health-related data through smart wearable is the best way as it blends convenience, accuracy, and regularity.

After collecting the data, the fitness wearable syncs with smartphone so that the same can be utilized for analysis.

Some wearables are fitted with GPS to track location, distance, and time.

Such wearables can extract the actionable data from a person’s daily workout like number of steps, pace, distance, and total number of calories burned.

Total number of health and fitness wearables across the global reach 170 million.

The Fitbit surge had to be taken off the shelves after many wearers complained about skin irritation and rashes. The company admitted that it was due to a large number of Nickel,but also said that similar rashes happen with prolonged use of imitation jewellery.

Talking about the figures, there were 990 cases of skin irritation and 250 cases of blistering.

IAppleWatch is a powerful Smartwatch by Apple that can measure heart rate, blood pressure, and hydration levels.

The iApple watch employed exclusive services from 100 world-class designers for getting The Cutting Edge.

The internet giant Google quietly working on developing a number of Google Apps geared towards recording health stats while blending the simplicity and efficiency are the most important factor for Google. It is expected that by 2014 they will release the Android wear dress.

SPOTTED
ASTON KUCHER
– AS A FUNDANGEL

Muse headband is a new age headband that can sense the stress in real time activity management and releasing alerts in the form of audio cues to tell a person if he is calm or stressed.

One hovering at the meagre amount of $300,000, the fundraising instantly took a humongous flight with the magical figure punked by Ashton Kutcher to seven million dollars, to be precise.

LeBron
– As an Ambassador –

LeBron is the acclaimed name in the NBA arena with a distinct performance record. He offered his stardom status to endorse Whoop werable wristband that was designed by shown trainer and focused at elite athletes with specific goals and sophisticated tracking requirements.

Will Smith
– As an Endors –

Here and Now is an ambitious app startup that has been endorsed by Will Smith. This app is available in the Apple Store.Along with effective functionality or measuring heart rate and skin temperature, it also possesses powerful software for effective stress management.

Jawbone UP25worn by Kristen Stewart Bella Superstar. It is an activity comprising fantastic features for synchronizing with your  smartphone to release vital data.

The tennis Superstar is a staunch fan of Nike FuelBand that was released by Elite Super Sports band Nike.

He loves wearing Fitbit surge that is aware of all activity tracker worth $250 and used for collecting multiple vital recorded stats like calories burnt, heart rate, steps, etc.

Just like any other type of iOT, the wearable apps have their own set of challenges and security leaks. If a hacker foray’s into the secure location of your wearable apps then he would be able to get Vital Information of your physical condition, daily Health schedule, lifestyle, and even help boner abilities.

The apps ability to connect with smartphones can also disclose are sensitive corporate and professional data to hackers.

Around 52% wearable apps don’t follow strict privacy policies for safeguarding the date data while as many as 20% or so unsecured they can also transmit the master key to your entire sensitive data and passwords.

The collected data can also be sold to commercial organisations at very expensive prices. There is no question why a malicious in-house element should not be able to sell your data to the hackers.