Why Learning How To Code is Important For Everyone 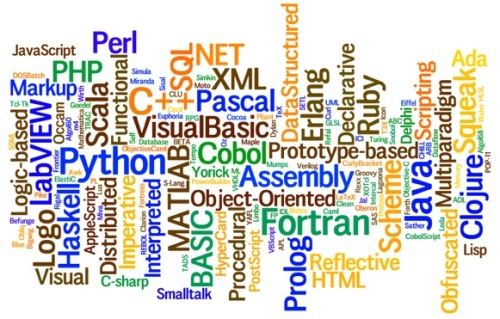 I was born in a time where computers were just beginning to enter the home. DOS and Windows 3.1 were the primary operating systems. The two popular computer games at the time were “Putt Putt” and “Doom”.  “Putt Putt” was a car that went on adventures and involved solving puzzles, designed for children. Doom, on the other hand, was designed for anyone considered to be a gamer, and it involved violence, guns, and getting through levels by slaughtering aliens that would attack you on sight. For a child / pre-teenager / teenager, there was not much else to be done on a computer. Fast forward a few years and Prodigy and America Online (AOL) would become the “social media” of the world, or the means to connect to the Internet to chat with people, check news, and soon, download music, play games, etc. AOL would become the mainstream means for everything including a whole new underworld that would spring up, as Microsoft developed a great new application to allow everyday people to “make programs.”

It was this “making programs”, specifically the desire to make something on the computer, whether it was making a computer game or an application, became a desire, a passion of mine, and I would soon get a hold of a copy of several “programming languages” known as QBasic and Visual Basic, as a pre-teenager, and while it looked alien and confusing to me, I kept trying to understand it. I would open it, spend a few minutes to hours with it, and hardly accomplish anything. One night, I had a dream that I was programming, that I knew exactly what was hidden in this “application environment.” I had explored basic patterns of logic, seen and could understand the syntax that made the lines of code work together, and even came to understand why code led to errors.

Read Another Confession:   Why Funny Is Important in Advertising

I woke up and re-opened the Programming Language Application, known as Visual Basic, and I wrote a small nonsense program from scratch, without errors, including buttons that created messages depending on what I put into the box. As I began to explore and spend hours within Visual Basic, I learned more and more, and it became my obsession and fascination. Rather than spend time playing the Nintendo and Sega systems, I was writing code to perform functions on the computer. The more time I spent learning, the more I felt I could do anything. Every application I used, I would think about the logic and code operating behind it, that ran it, the processes it was going through to make the tasks it was performing happen. From video games, to the calculator, to the basic Windows Notepad, I began to visualize every line of code being processed every time I opened up any program and used it.

Most people are afraid to learn code because the syntax or the semi-colon or parenthesis might scare them. This is just language the computer is made to understand and by taking time to learn how a block of code works rather than trying to understand too much at once is more beneficial and easier to learn. For example, starting off with writing a program that can output “Hello World”, as is the standard with learning almost all new languages, is the place to begin your journey of learning a new programming language. After that, allowing for some user-input with an output response to that input is another standard. Starting off learning small bits of code is easier and better than trying to learn it all at once. You probably do not remember, but you did not learn how to count numbers or the multiplication tables in a day. You also did not learn the English language in a day. It took many months to years to understand it. Have patience and understand that it will take some time to learn anything. Do not be afraid to make plenty mistakes, as you will learn better that way!

Read Another Confession:   Will You Fall For a Nigerian Email Scam?

To make my own long story shorter, I grew tired of programming and became interested in psychology, which I ended up studying in college, finding a fascination with people, passion, work, and leadership. I spent a lot of time away from computers and programming, focusing more on understanding human beings, but never lost the ability to read or understand code. I remember, in order to avoid taking an advanced mathematics statistics class, I chose to take a programming language instead, which ended up being Python. I learned the logic of it, how the syntax and patterns of the language should be written, and found it only slightly challenging but fun, and received an A in the class at the end of the semester.

After I graduated college, I began to explore post-college life figuring out what I wanted to do and where I fit. I volunteered in another country for a while, teaching, and while I was good at it, I did not feel much satisfaction doing it. I soon found myself turning back into the world of programming and web development, and would re-train myself to learn all that I had missed the past 5 years or so.

When I returned back to the United States, I was broke, and desperate for a job. I knew that I could not return to school immediately because the student loan debt lingering over me was just too much for me and I wanted to pay it off immediately. Applying across the board on Craigslist to every job opening possible, I finally landed a job as a computer programmer, relying on my pre-teenage-learned talent and after a few months of training, I was back on track and into the programming world again. Had I never bothered to learn a programming language when I was younger, I would have probably had to resort to returning back to a former job that I had worked so hard to get away from. Soon thereafter, many companies and websites started popping up and many public figures in the technology industry started expressing the importance of learning programming languages.

Why was it so important and what could they foresee? There is a huge demand for programmers and coders. As long as technology continues to evolve and new things are created, there is going to be a great demand for people in the Information Technology field. Those who can learn and understand the logic of programming languages and learn multiple programming languages, and actually write and execute perfectly functioning code will always be in demand. The fear is that companies could easily outsource these jobs to India and the Philippines, where the labor is much cheaper, and the workforce is plenty, but the common issues always remain the same: time, communication, and often times, poorly written code that needs to be maintained, updated, and fixed.

The demand for English-speakers to learn programming languages who may be unemployed, have free time on their hands, or looking to get back into the workforce after being laid off, is not going away. The message of learning any programming language is an investment in one’s own future. With a college degree, an open mind, and the ability to learn, makes anyone who knows at least one programming language and understands code in demand, and ready for hire.

To have an English-speaking person employed at a company in the United States provides a great opportunity for any company to utilize a group of programmers at-home rather than overseas. While there is certainly competition for new talent and skills in the programming world, many companies are not just looking for programmers who do what they are told, but they are looking for thinkers who can change the world and the face of the company, especially when it comes to thinking outside the box.

Invest in your future today and start learning a programming language!  Even if you already have a job, it is good to have a programming language as your backup. Make programming your hobby. Even just a year of programming experience can land you the perfect comfortable salary-paid career, maybe even at Facebook, Twitter, Google, Apple, or Microsoft. You never know where you will end up, but having the knowledge of programming allows you to be in control of your own future and your salary.