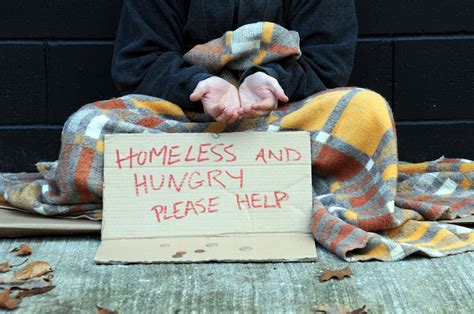 I am a firm believer in trying to help anyone in need, as much as I can and when I can, friends, family, but especially the homeless. Of course, there are times where I cannot help every single person in need. It pains my heart to see a homeless person on the street and drive by them. Of course, thankfully, there are plenty of programs to help the homeless in my city.

Despite all the programs available, it does not mean there is an absence of homeless begging on multiple street corners where there is plenty of traffic and lights to stop cars all day. For the most part, it does seem like every homeless person on the corner needs some help or is trying to get a little extra money throughout the day. While many may think that homeless people are lazy and don’t want to work, there are far too many with physical and mental conditions that would never allow them to work or function in a normal settings, thus, aside from any possible government assistance they may be receiving, which isn’t very much, they tend to hit the street corners and beg for more money or food.

If someone has to stand on a street corner begging for money or food, it’s most likely that they do need it. There have been cases where people are doing fine and have money and still beg for food, finding it easier to do than getting a job, but for the most part, most of us would have to be in the most dire of situations to even considering walking to a heavy-traffic street corner and asking for money or food. The majority of us would seek out programs, such as EBT (food stamps) and even temp agencies that could try and provide work for us. Begging is a last resort for most of us and we could never imagine it, though if you may find there are some homeless families who were laid off and unable to get work long after their unemployment expired.

There are some with mental issues so extreme that you can tell they could not pass an interview and you personally would never hire them because of their seemingly unstable status. However, with enough generous people, they may not become rich, but at least they can eat or remain alive. Fortunately where I live, the weather is not too bitter, but at night during the winters, it can get cold. During the summers, it can remain extremely hot at night, but for the most part, it would be rare that someone may pass away due to weather conditions, though its very possible.

Nonetheless about what you may think about the homeless population and poverty, it is the result of every leader in every country still refusing to do what is necessary, whether it is actually feeding the homeless through programs, or providing more adequate mental and physical healthcare. This is not the case for every country or state, like my city, there are programs to provide some assistance for people that can clothe them, bathe them, feed them, provide them shelter, and even some money to spend. There are also cases where everyday people, like you and me, can help do our part.

I personally hardly ever keep any cash on me, but there are times where I may have extra food or a water bottle on me, and most times I do, I do try to be as generous as I can be. The other day, I went to Walmart and walked past a fresh loaf of bread. Wondering if I should get it because it was just half price. I don’t eat a lot of bread, but something urged me to grab it. Upon returning home, I stopped at a light and a homeless man was sitting on the curb eating something and I opened my window and I said, “I’m sorry I have no money on me to give you but would you care to eat another day? I have this fresh loaf of bread straight from the bakery.”

He said to me, “This is crazy, but I have these cans of tuna that someone gave me a half hour ago and I started to eat them and I was actually praying for some bread, and here you are. God answered my prayers.”

Never doubt that sometimes you may be used as the vessel of God to answer someone’s prayers.