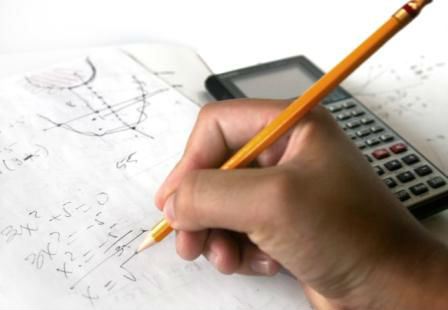 Evidence suggests that mathematical ability is an important indicator of career success. Many people believe that you are either good at maths, or you’re not, but studies indicate that children have a surprisingly large capacity to learn maths at a young age.  However, they are simply not given the opportunity to do so, and teachers even underestimate children’s ability to learn maths.

In one study, researchers identified how a large percentage of high achievers in maths in the SATs earned a doctorate. Of course, not everyone can be a high achiever in maths, but it is worth remembering that people with an above average ability will also reap the benefits in their careers. Children need to be encouraged from a young age to pursue maths, and there are many novel techniques that parents can use to encourage their children to embrace maths.

If children are not exposed to maths at a young age, these problems can carry through to adulthood, which in turn can have a massive impact on career success. Exposing children to maths from a very young age opens the door to success across a wide range of disciplines, and failure to do so may close the door on some potentially lucrative careers.

This infographic from The Tutoring Expert outlines the importance of learning maths at a young age, and reveals how it is an significant indicator of career success.

Evidence shows that the mathematical ability of young children is an important indicator of career success. What is the current problem and what can we do to help children embrace math from an early age?

Read Another Confession:   Guide To Setting Up Your Business [Infographic]

How Mathematicians Break the Curve

In the early 1970s, researchers identified a large sample of U.S. 13 year-olds who were exceptionally talented in math—landing in the top 1% of mathematical reasoning scores on SAT tests.

4.1% tenured at a major research university.

25% – 40% earned doctorates compared with less than 2% of the American population.

7572 academic articles were written by 25% of the students.

681 patents were secured by 8% of participants.

There is predictive power in early mathematics

Teachers vastly underestimate what children know and can learn

Read Another Confession:   Women In the Workplace: Then Vs. Now [Infographic]

All students need a math intervention

Problems carry through to Adulthood

How People on Reddit Think Children Should Learn Math

Buy your children legos.
Lots of Redditors cited Legos as being particularly crucial to their upbringing and thinking. Legos will help your kid conceptualize big, complex, abstractions from small basic parts.

Ask children wide open questions that involve estimation and math, as opposed to the specific questions they get at school.
For example, “How long will it take to fill a pool?” This kind of open-ended problem solving is tantalizing and incorporates all sorts of math skills. They can also go into as much depth as possible once they solve it.

Get children music lessons
There’s an intimate relationship between abstract math and music, and the same skills necessary to perform well in music — dedication, creativity, improvisation, and quick-thinking — are crucial to success in math.

The game provokes the ideas of permutations, combinations, and probability.

Teach your children Origami
One mathematician noted that origami conditioned them to love geometry. Plus, it has the added benefit of appealing to tactile learners.

Teach your kid how to play chess
Chess is another game to teach your kid. It’s got relatively simple rules that removes chance from the equation and builds analytical thinking skills.

Let the kids cut the pizza
One Redditor recommended asking them this problem: How many pieces can you get if you slice a pie with five straight cuts?

And then expanded the scope of it to see if they can figure it out.

Buy them every book by Martin Gardner ever
His books are widely available and are perfect for anyone looking for some challenging quesitons.

Gardner helmed a “recreational mathematics” column about math puzzles in Scientific American for two and a half decades and through his work got generations interested in math.

Install tile in your kitchen
Another way to secretly teach them math is to encourage them to play on kitchen tiles, which lead directly to concepts of tessellation, pattern identification, and convergent series.