Making the suggestion above to our boss, our supervisor, or our company: Pull your head out of your ass is probably something we would all love to suggest along with other great ideas, but we already know that the one who reads the suggestion box would never look at us the same, especially if they got to look at us at all, because after such a suggestion, we probably would not be working at the company any longer.

There is a harsh reality when it comes to the suggestion box at work: either it is empty, it is full and ignored, or it is empty and ignored. The other harsh reality is that suggestions can lead to an employee getting reprimanded, suspended, outcast, or even fired, causing employees to fear suggesting anything to the company.

Many companies do encourage and ask for suggestions, but not many of them actually listen to anything their employees have to say. If they do, and you are the one who made the suggestion, you are the last to hear about the suggestion being implemented, and someone else above your position received the credit for suggesting it, making you and your co-workers not want to suggest anything to the company ever. Who is to blame? Actually, who suffers the most?

Read Another Confession:   How to Build Your Own Web App

The advantages of a suggestion box:

The disadvantages of a suggestion box:

There is a right way and a wrong way to do things, especially when it comes to a suggestion. Any company, boss, or supervisor will not want to flat out tell an employee that a suggestion is just awful and terrible. 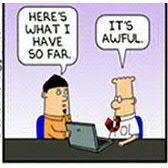 There are several types of suggestions:

Read Another Confession:   The Importance Of Cleanliness In The Hospitality Industry

No suggestion should ever be completely ignored. Whether a suggestion is good or bad, all suggestions should at least be recognized. Employees who submit suggestions care enough and are loyal enough to the company to actually make a suggestion.

A company could come up with several ways of actually reading and using suggestions without offending anyone. For example, a company meeting of employees, at the end of each month, where the suggestion box is opened, each suggestion is read aloud to the group anonymously, and there is a vote on whether the suggestion is “yay or nay” without anyone ever knowing who made the suggestion.

Another way to discuss suggestions is for a supervisor to personally have a small casual meeting about the employee suggestion with the employee, in private, to discuss the suggestion in person. What is written down on paper may not always be what was meant or can be further brainstormed into better ideas.

The company should consider holding a meeting about the suggestion and should not punish its employees for making the suggestion. A group of employees will most likely have the best interests of the entire company as a whole, and suggestions that will lead to the overall well-being of the company and the employees.  A group suggestion, such as all employees should get raises is probably not going to be considered, but the suggestion of an employee group lunch once a month has a better chance of being implemented by the company.

For an individual employee, suggestions may be taken less seriously, but suggestions should also be more thoughtful rather than suggesting something random that might not make sense. For example, an employee who suggests that everyone have off on Fridays is probably not going to be taken seriously, as the company may run its business on Monday through Fridays in order to align itself with all the other organizations, customers, and clients it does business with, so such a suggestion should not really be made. A suggestion about having coffee pre-made and ready as employees come into work in the morning or a switch that turns on all computers in the morning might have a better chance of being implemented.

When a company takes its employees seriously, especially when it comes to suggestions and ideas, employees are more likely to be motivated, productive, and innovative with new ideas and suggestions for the company. Both employee and company will greatly benefit from a suggestion box.