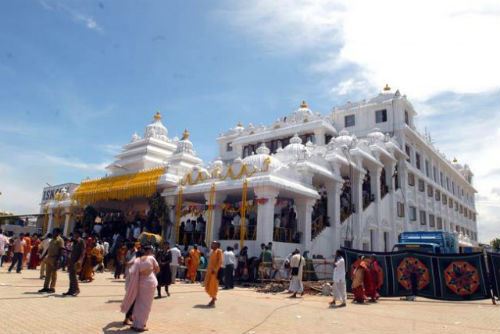 Chennai is the capital of Tamil Nadu, and one of the four most commercialized cities in India. Home to some highly revered and famous temples in India, the place is also a sought-after pilgrimage. Visit the city on your next vacation and spend a spiritually relaxing holiday.

Chennai is one of the fastest developing cities in India. Fondly referred as the automobile capital of the country, it is a large industrial city home to numerous large and medium scale industries. Today, it is the capital of the southernmost Indian state of Tamil Nadu and acts as the gateway to South India. Due to its strategic location, the place soon became the centre of trade under British rule, which was then followed by the place becoming the stronghold from where they controlled entire south India.

All the growth that the place has been making can be easily seen in the infrastructure and the truly cosmopolitan nature of the city. However, it is an old city with its historical roots dating back to 1st century A.D. Although, the outlook of the city looks very modern and practical, the place still clings to centuries old culture, traditions, and beliefs. Religion still prevails many other aspects here and there are multiple highly revered temples and churches in the city. It is an ideal destination for the spiritualists where one can spend time visiting the revered places and shrines. Given below are some of the famous temples in Chennai that will help you in your pursuit of a spiritually refreshing vacation.

Kapaleeshwar Temple – It is one of the prominent temples in the city. It was built sometime during the 7th century and is one of the most beautiful Hindu temples. It is dedicated to Lord Shiva and his consort, Goddess Parvati. The goddess is worshipped here in the form of Karpagambal. The temple is not exactly in the city and situated in a place called Mylapore, a suburb of the city. The good thing is that taxis and buses are easily available.

Ashtalakshmi Temple – It is a temple dedicated to Goddess Lakshmi, the Hindu goddess of wealth and prosperity and the consort of Lord Vishnu. There are eight different idols of Hindu goddesses, who are believed to be the secondary manifestation of the Goddess Lakshmi herself. It has four different levels and each housing idols of the goddesses. Architecturally, the temple looks beautiful. It is rich with color and features sculptures of the goddesses, carved pillars, and other intricate designs.

Navagraha Temples – These are a collection of nine different temples that were built in the Chola period. These are celestial temples dedicated to nine planets of Hindu mythology. The architecture of the temples is simply inspiring and unmatched. Lord Shiva is worshiped in every temple, but with different names. Some of the temples still look new, when several centuries have passed since their construction. However, a few of them suffered some damages through the course of time and are in a bad shape.

Kalikambal Temple – It is yet another significant temple in the city. It is dedicated to Goddess Kalikambal, who is an avatar of Goddess Kamakshi. After the Portuguese destroyed the original temple that was situated near the shore, the current temple was built in 1640 A.D. Devotees of the goddess put the temple on a high spiritual rank and come from far and wide to worship the goddess.

Read Another Confession:   Tax Rates Around the World [Infographic]

Simply put, home to some highly revered temples, shrines, and other religious places, Chennai is a perfect pilgrimage for the spiritualists. Additionally, India is a large country and religion is one imperative part of it. There are multiple pilgrimages in the country, of which Shirdi is one of the highly revered pilgrimage. Board a Chennai to Shirdi train and get into yet another holy city of India.