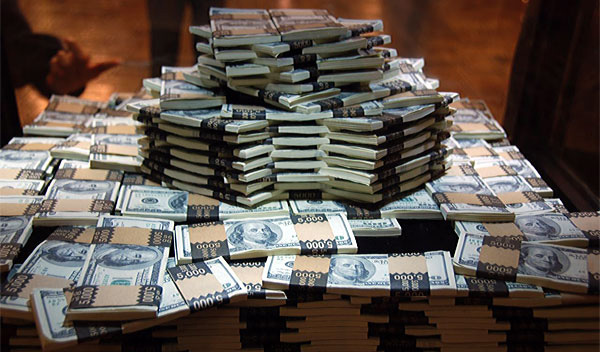 How Long It Took To Get To The First Million

Did you know that on average the world’s richest earned their first million dollars at age 36?
For most people making a million dollars doesn’t happen overnight. But, just how long did it take the world’s super-rich to make their first million?
Slotsia have analysed the world’s 100 richest people on factors such as the time it took to make their first million, the sectors they work in, which countries produced the fastest to a million and more, to reveal ‘How Long It Took The World’s Richest To Earn Their First Million?’
How long did it take the top 5 richest people to make their first million?
1. Jeff Bezos – 3 years
2. Bill Gates – 7 years
3. Warren Buffet – 5 years
4. Carlos Slim Helu & family – 4 years
5. Amancio Ortega – 11 years
… and who in the top 25 richest people took the shortest time to make theirs?
Jack Ma – less than a year
Larry Page – 1 year
Sergey Brin – 1 year
Lee Shau Kee – 2 years
Masayoshi Son – 2 years
To view the findings in full and explore the different factors, click here.
If the world’s top billionaires are anything to go by, the best strategy to follow in their footsteps is to launch a venture in telecom or tech, with the first million earnt in as little as 3 to 4 years in these sectors!
It is the Austrian billionaires who made their first million the fastest, making the leap in just 3 years, whilst billionaires from Russia and the Czech Republic took over double this time, making their first million in the longest time, an average of 7 years.
As these high-profile individuals are well-known for their wealth and influence, I thought this resource would be of great interest to you!
Read more in this infographic!
When My Girlfriend Lost The Weight
Female Entrepreneurs Around the World [Infographic]

Read Another Confession:   5 Tips for Getting a Job in High School