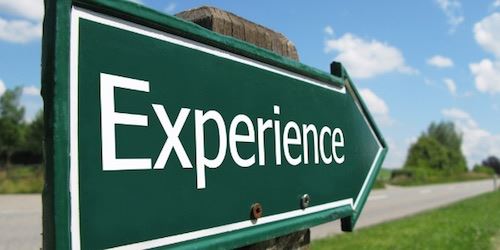 In a previous confession, we discussed the fact that there are still students who do turn to unpaid internships for experience, while companies tend to exploit their labor. There is a term that is all too familiar and too true for anyone who has paid for anything in their life: You get what you pay for. Why are there some people who just prefer to buy brand name over non-brand name? You get what you pay for. For those who are cheap and prefer to pay the non-brand or for the secondary company to do the job, you often find that you end up paying more for the product than if you were to just pay for the brand name or the slightly more expensive company to do the job.

It might seem that there are young adults who are willing to work for free and make your company some money by adding some ideas and doing a few tasks for the company, but they are just like everyone else: They want to get paid for the work they do for you. By not paying them, you are actually undermining their work and your own company values. People who are interns and do work for free will never give you their fullest talents or skills because lets face it: money is a huge motivator for all humans, especially when that money pays for a place to live and food to eat or maybe an early start to paying off those student loans. In a world where millennials are seeking independence at a young age and wish to acquire a paying job sooner rather than later, the idea of an unpaid internship is unappealing. While this confession is not going to cover or discuss whether they deserve to receive what they are asking for or not, the millennial generation is demanding salaries at higher starting rates and expecting raises more often than earlier generations, and usually right out of college with little work experience.

Read Another Confession:   3 Tech Gadgets That Can Help you Enjoy Your Hobbies

As a CEO or boss of any company, take a pay cut for a month and work for free at your company and see what it is like to be an intern doing an internship. Would you still do everything you are expected to do? Would you give your company the fullest? The only CEO who is recognized for doing such a thing is Steve Jobs, CEO of Apple, who was not only fired from his company and later rehired and praised by his company as a savior, but he took that dollar-a-year-salary to show how important his company was to him. This is not to say that he did not have shares and other forms of investments, but to just make $1 a year serving as Apple CEO, and to be known for changing the music industry and the entire world, shows a powerful person that is beyond money, and for the betterment of humanity. Apple remains, over 6 years later, after the death of Steve Jobs, one of the most valuable companies in the world.

For some of the highest paid companies, some tech CEOs have followed a similar trend, severely reducing their salary to worker salary ratio. How long could you really last at your company without monetary incentive? Go ahead and give it a try. Some of you who have built a startup know what it is like to give months and years of your time to work on your dream without pay. It is agonizing and even worse when the startup fails and you have nothing but “great experience” to show for it. Although you were working towards your dream, you still had to acquire some funding, and while your motives may have been “for the betterment of humanity”, you still would like to make a living off of what you achieved. You might justify why you did the work for free, but again: it was your dream, not the intern’s dream.  The intern only has the expectation of hopefully progressing your company forward with their skills and talents and receiving a salary as compensation.

Unless you are studying in college and need an unpaid or paid internship for credits, it is best not to bother applying for an unpaid internship. Although a person is in college, they should still be paid. Getting paid to do your job is part of the responsibility of being an adult, including those who are in college, who are considered adults. I, myself, worked several internships over the course of my college career for 15 weeks, an entire semester at a time, which was a requirement for industrial-organizational and counseling psychology classes I took, and while I did learn a great amount of experience, I would have probably been more willing to put forth more effort into my internships had I been paid something, anything, rather than the only motivator really driving me being a good grade for the classes (I ended up with an A and B, respectively). A company even mentioning “unpaid internship” is not a company that can really be taken seriously. Hiring desperate [young] adults and taking advantage of people is the lowest thing that any company can do, especially in our economy. A good company will pay their interns for their time and skills, even if the pay is half the rate of that of a full-time employee.

Hire people for their talents, hire people for their skills, and ensure that they can pay their damn rent and bills. Paying them money allows interns to focus on the job they need to do for the company, rather than having their minds focused on trying to figure out what they are going to do to afford that next meal or make next month’s rent. A lesson I learned when I was studying with a few Rabbis during my time in college was that before every lesson, we always ate a snack or a meal. Why did they do this? I asked a Rabbi and he had said, “If you are hungry, than this entire lesson will be wasted because you are only thinking about food and not the lesson. If we eat beforehand, you can at least have some peace of mind and learn better on a stomach that is not empty.” Wise Rabbi.

Read Another Confession:   Suicide Prevention - Be Aware and Care [Infographic]

By providing some means of financial support, you will have the intern’s full attention and their interest at heart for your company. A person who has the qualifications to apply for an unpaid internship can obviously work for money and be paid to do the job. Maybe they are looking to gain more experience, maybe they don’t have enough experience and want to learn more, but don’t take advantage of a person and provide them with a place to be for a few hours for free. If it was up to them, they would probably prefer to be somewhere else, like playing video games or binge watching Netflix, or maybe even doing some job where they would actually be getting paid. Do the right thing and pay them for their efforts, skills, and talents. It may take them a few weeks to learn what they need to know, but unpaid internships are complete nonsense. Sure, internships can provide insight and experience for learning about a company, but so can a three-month probationary period of working for a company, for which the employee is under review, while getting paid. 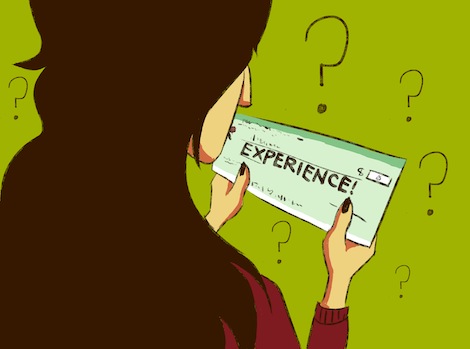 Your company is definitely not cool by “hiring” unpaid interns. If you are a company hiring unpaid interns, think twice about the message it is sending to your potential candidates and employees. Stop being so cheap and start paying your interns and employees what they deserve to be paid. It is your employees that keep your business going. There is no reason for greed, but treat employees and interns fairly and with respect and reap the rewards for the loyalty they will have for your company. If you are a person just looking to give a company your valuable time, than you might want to utilize your talents and skills elsewhere, or at least volunteer your time to charity organizations and help others who really need it instead of being taken advantage of by another corporation.