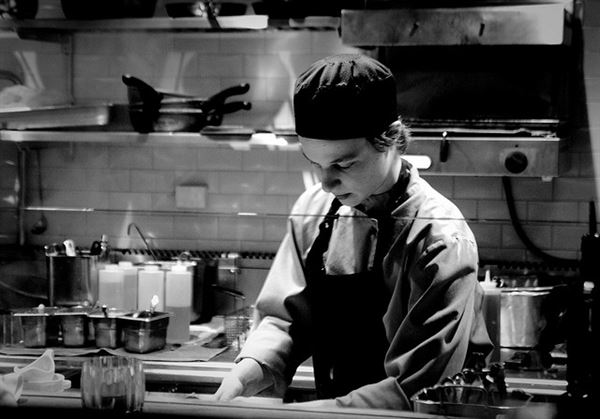 Do You Have To Pay For Your Uniform?
How to Develop and Maintain a Safe Environment for Forklift Operation

It is only in the past couple of generations that the once-humble chef has come to be seen as something of a celebrity, and the reason why chefs are now held in such high esteem is simple. It’s because television has discovered the appeal of programmes which show them at work, and give us all the chance to take a peek behind the swing doors of some of the best-known restaurants in the world.

Those with long memories will remember Fanny Cradock. She was the first person to be shown on British television screens giving housewives (for cooking in those days was an exclusively female preserve) ideas for how to improve their skills in the kitchen in her own television series.

And although her advice was rather home-spun, and her cooking certainly not of the nouvelle cuisine type often favoured today, this down-to-earth east Londoner helped inspire a couple of generations of women to expand their cooking repertoires, notably being credited with popularising pizza in the UK.

The status of the television chef has moved on considerably since Cradock’s heyday, which spanned the 1950s, 60s and 70s. One reason for this is that the BBC, in particular, has shown a particular penchant for cookery programmes, with many cynics regularly commenting that this is because they are relatively cheap to produce, and can be considered an amalgam of TV intended for education and entertainment.

Nevertheless, there is no doubting that their appearances on various TV shows has made stars of a long list of chefs, such as Keith Floyd, Gary Rhodes, Jamie Oliver, Raymond Blanc and Mary Berry.

And while there will only ever be a very select and lucky few who reach the heady heights of these celebrity chefs, their high profile and the fame and wealth which it undoubtedly has brought them has been a major catalyst for inspiring many others to hope that they can follow in their footsteps.

Yet it should be remembered that the catering business is notoriously competitive, and according to CateringMentor.co.uk, businesses in the sector – in particular restaurants – have the highest attrition rate of any type of business in the UK, with just over one in three (34.2 per cent) of those started in the UK in 2003 having survived to see their 10th birthday. Typical profit margins are said by the same source to be between five and eight per cent.

So with these figures in mind, along with the thought that catering is certainly not a 9-to-5 job, why does working in the sector hold such great appeal?

Skills and passion for food

Well, once someone has trained as a chef, and decided which sector of the hugely broad market they wish to aim for, if they are setting up their own business, they have obviously made a massive commitment to that business, and one to which they often form a deep emotional attachment.

And there is no escaping the fact that cooking, for many people, is a form of art, and those who can create good food are strongly motivated by their desire to share their skills and passion with others.

Read Another Confession:   Why You Should Wear Sunscreen Everyday

Even those whose work is at the less-than-glamorous end of a restaurant operation – and that’s about 90 per cent of those working in them – are in the trade because they like the creative environment, and enjoy playing their part, as a team member in the creation of something which people enjoy.

So anyone who comes into the business with the attitude that they’re doing it because they want to become famous is likely to quickly become disillusioned. On the other hand, if the reasons above are sufficient motivation, and then their talent means they get the chance to further develop themselves, then they’re likely to find catering right up their street and, what’s more, stand a much better chance of grabbing some of that elusive success.

Do You Have To Pay For Your Uniform?
How to Develop and Maintain a Safe Environment for Forklift Operation