6 Questions You Have About Paid Time Off (But Were Too Afraid to Ask)
In Honor Of International Women's Day: My Life As A Woman

Cryptocurrency is still deep within its latest bull cycle but there are fears we’re about to witness another crash of 2018. Are those fears reasonable?

Bitcoin, and various altcoins, are up significantly from last year. Indeed, Bitcoin surpassed the $50,000 mark for the first time in February, and interest in cryptocurrency generally has exploded, attracting both institutional and retail buyers.

However, there are rising concerns that the market is overheated that a catastrophic crash, akin to 2018, is just around the corner.

It is almost certain that we will see a series of major corrections, similar to the one from late February. But will we return to the dark days of 2018?

One key characteristic of this bull run has been institutional capital. Greyscale Mutual has created a series of cryptocurrency-based funds that have proven enormously popular with investors. The Grayscale Bitcoin Trust (OTC:GBTC) has grown by 329% in 12 months. And the company is rapidly moving to add more crypto backed funds to its portfolio.

Read Another Confession:   Productivity Proverbs: 'Toons to Keep You on Task [Infographic]

In order to back up these investments, Greyscale has purchased more than 3 times the mined supply of Bitcoin. They have also been joined by other risk-tolerant names such as Tesla’s (NASDAQ: TSLA) Elon Musk, whose company recently purchased $1.5 billion worth of Bitcoin.

This is important because this capital will be locked in Bitcoin for years to come. This adds inherent value to Bitcoin as it reduces the available circulating supply, while also providing more sure hands backing up the valuation behind the currency.

Institutional investors and high net worth individuals will only have placed a small portion of their capital in BTC. This means they are more likely to ride out corrections, rather than engaging in panic selling.

2. Bigger Names Are Considering Moving Into the Space

Interestingly, it also appears that this massive wave of capital was just the vanguard. To date, most investments have come from risk-tolerant individuals and institutions and we have yet to see the “real money” of major banks, or massive hedge funds, move into the crypto space. That could be about to change.

The main concern surrounding BTC is its inherent volatility. Bigger investors could go part way to solving this.

3. Media Interest Has Not Yet Reached a Peak

For those of us interested in the crypto space, it seems like everyone is obsessing over price movements and the latest bull run. But most mainstream media outlets still haven’t picked it up. Search for Bitcoin in google news and there are articles, but they are mostly from business, investing, and crypto sites.

Read Another Confession:   4 Strategies That Will Improve Your Manufacturing Process 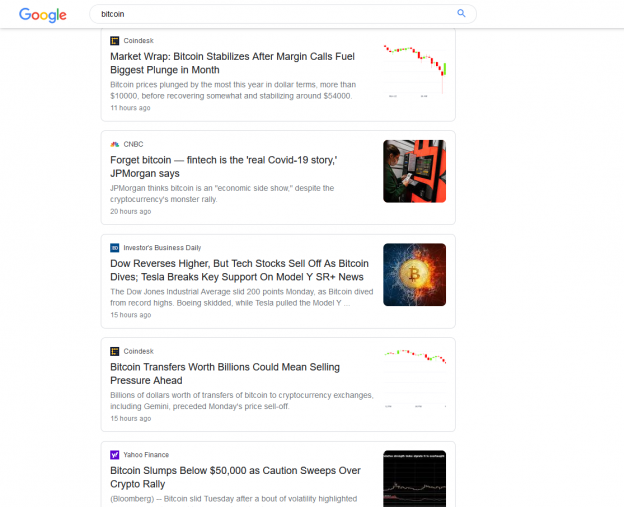 In the lead-up to the 2018 crash, there was a furor of news about Bitcoin. Every radio station, and most mainstream news sites, were writing about it. This kind of mass interest typically only takes off towards the tail end of the bull-cycle. Once your local newspaper starts writing about Bitcoin, then we might be closer to a crash. However, that might not even matter.

4. A Crash Is Only Temporary

Of course, Bitcoin, like other assets, will not move up continually. There will always be bull and bear cycles, and Bitcoin is notoriously volatile. We can learn a lot about Bitcoin’s growth by looking at a logarithmic (percentage-based) chart. 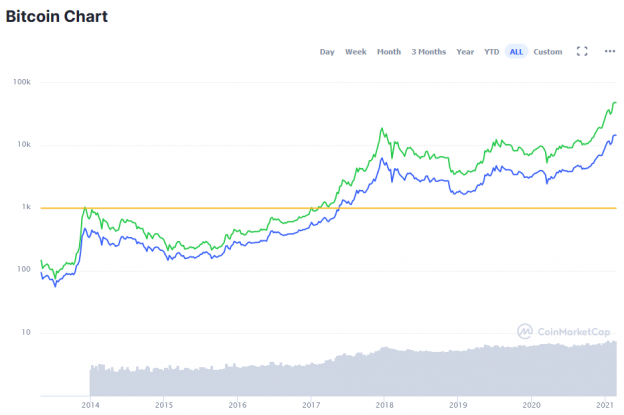 If you were to look at a linear chart it can be hard to discern the pattern, but a logarithmic chart helps us discern the actual growth of Bitcoin over its lifetime. It is interesting because we can see that even after major crashes, BTC has always stabilized at a higher price than before. This will be cold comfort for anybody who bought at an all-time high, but it does mean that if they hold for the long-term is the least riskiest play.

6 Questions You Have About Paid Time Off (But Were Too Afraid to Ask)
In Honor Of International Women's Day: My Life As A Woman

Read Another Confession:   Developing A Content Framework For Predictable Performance