A project manager is someone who takes on a challenging task that requires careful forethought, task management, and team collaboration. In recent history, individuals who held this title were engineers responsible for large construction projects. Theodore Judah, who can be seen as one of the most esteemed project managers of the nineteenth century, was the chief engineer of the Pacific Railroad, the first transcontinental railroad. John Wallace, responsible for overseeing the construction of the Panama Canal, likewise, was a well-respected engineer.

The need for engineers persists today more than ever. Cities are teeming with skyscrapers; bridges, dams, canals are crisscrossing the surface of the planet, and our awe for monumental projects is bigger than ever. However, project managers are now seen in fields that didn’t exist a hundred years ago: software development, IT, customer support, etc.

Project managers have always looked for ways to improve efficiency and deliver the best work in the shortest amount of time. Today, with the help of technology more and more managers are starting to rely on project management software to stay organized and productive. Project managers have a wealth of applications and resources to choose from.

In this infographic you’ll discover some notable American individuals who have paved the way in project management. 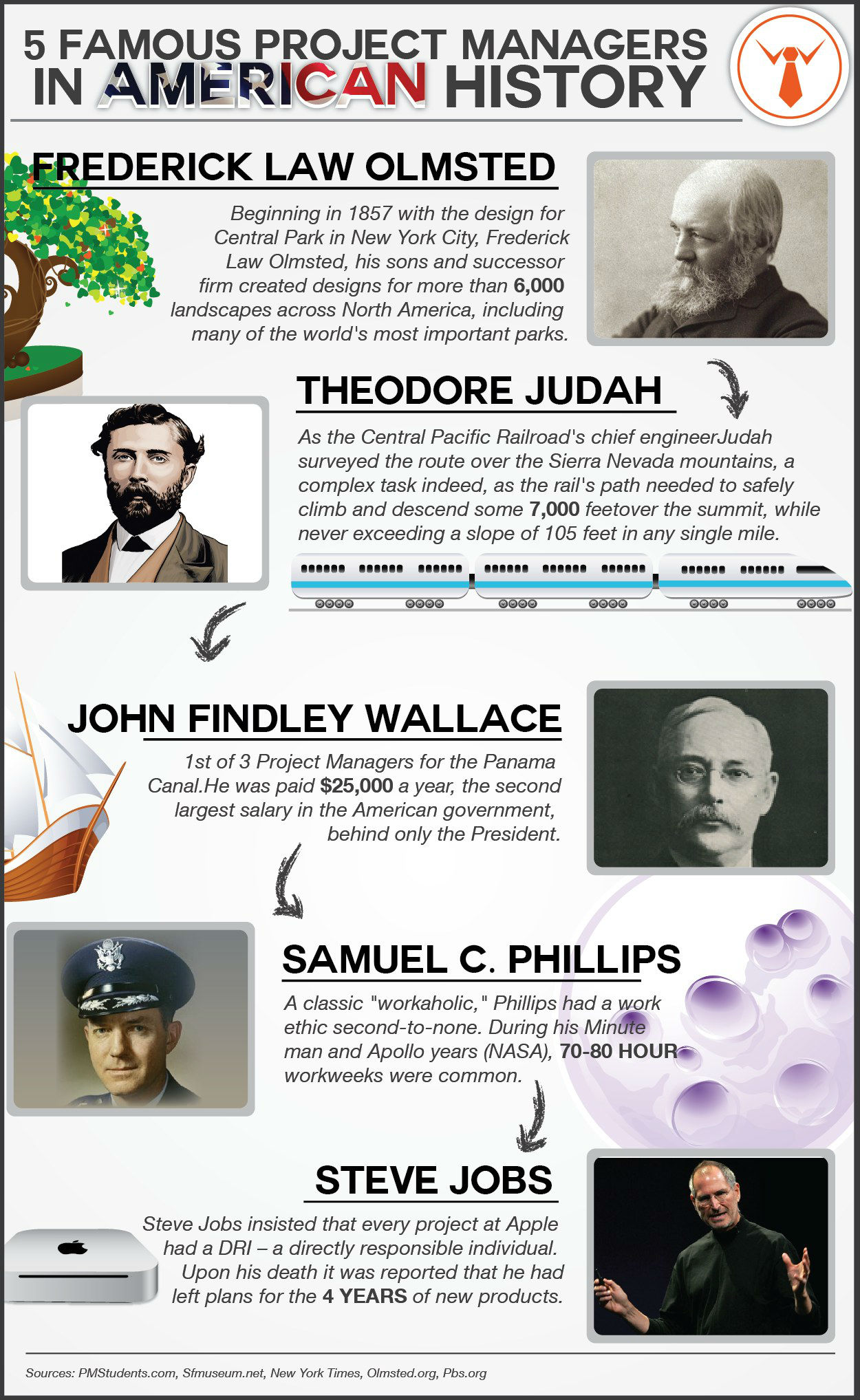 Frederick Law Olmsted
Beginning in 1857 with the design for Central Park in New York City, Frederick Law Olmsted, his sons and successor firm created designs for more than 6,000 landscapes across North America, including many of the world’s important parks.

Theodore Judah
As the Central Pacific Railroad’s chief engineer Judah surveyed the route over the Sierra Nevada mountains, a complex task indeed, as the rail’s path needed to safely climb and descend some 7,000 feet over the summit, while never exceeding a slope of 105 feet in any single mile.

John Findley Wallace
1st of 3 Project Managers for the Panama Canal. He was paid $25,000 a year, the second largest salary in the American government, behind only the President.

Steve Jobs
Steve Jobs insisted that every project manager at Apple had a DRI – a directly responsible individual. Upon his death it was reported that he had left plans for the 4 YEARS of new products.