The Greatest Gift A Parent Can Give A Child
ONET Insights: Payroll and Timekeeping Clerks

Everything you need to know about the bear market – is it coming to an end? 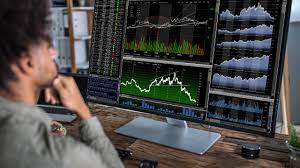 With a peak-to-trough drawdown of the stock market at -24%, compared to the -33% average for bear markets historically, is it still a good time to buy?

Dan Ashmore, investing expert at Invezz reveals his outlook on the current bear market:
“The current market drawdown is a result of the soaring rate of inflation and the Federal Reserve’s reaction to it. Inflation is so high for a variety of reasons – energy and oil prices have surged as a result of the Russian war and there have also been supply chain concerns, with prices climbing as demand builds up. Not to mention, Jerome Powell and the Fed have printed more US dollars than at any other time in history, which has reduced the value of existing money.
While this money printing was necessary to get the economy back on its feet after the pandemic, the amount of dollars printed has caused inflation to spiral out of control. So far in 2022, the Fed has raised interest rates four times, with rates presently at 2.25%/2.5%. Despite this week’s somewhat lower inflation estimate, it is probable that another hike will occur in September, and further raises are possible. Once these hikes ripple through the economy, earnings forecasts will drop and recession will hit (or hit harder, if you want to say we are there already). The key question is then: “Do the Fed pivot and fire back up the money printer?” Ultimately, this may be more of a political question than an economic one.
This year’s peak-to-trough decline was little more than -24%, below the historic average of -33% during recessions since the Second World War. However, because the volume of money production is so huge, this atmosphere is rather peculiar as it is the Fed’s actions that will ultimately determine the timing of our rebound (assuming one has not already occurred). Some experts argue that inflation has peaked, while the majority anticipate that it will continue to rise. This could mean further rate hikes, and a further suppressing of the economy.
What I will say is that the only thing we know for a fact is that, historically, such large drawdowns often make for a good time to buy. Sure, the drawdown might be severe (and could still get worse), but over time the market is highly likely to rise back above its current level – especially since the Fed is unlikely to remain on the sidelines if things become truly bad. With a time horizon long enough – and that is the key – it’s a nice time to buy. But everybody is different, with different financial goals, risk tolerances and time horizons. If your time horizon is not long-term, it’s a whole different ball game.”
For further insight into when the bear market will end please click here.
You can find many guides about investing here, including how and where to invest in stocks here.
The Greatest Gift A Parent Can Give A Child
ONET Insights: Payroll and Timekeeping Clerks

Read Another Confession:   How To Give An Effective Technical Presentation