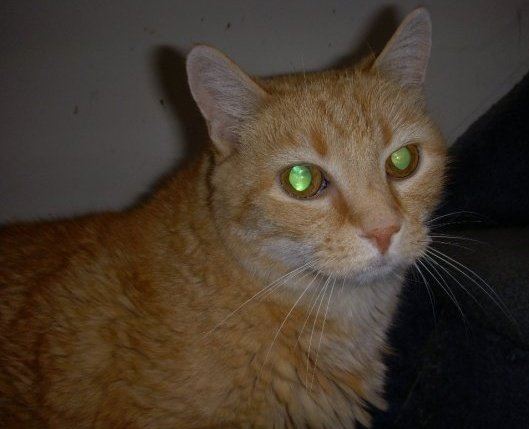 I remember, as a young child, we were a family who always had pets — fish, dogs, cats, hamsters, and even a lizard. During the summer months, when we were out of school, my dad would take the entire family down to North Carolina and Virginia, where my grandmother and all my Uncles, Aunts, and cousins lived.

Despite the fact that quite a few of those family we visited were alcoholics and drunks, they were probably the most chill laid back people you could ever meet. Of course, when I was a child, no one could do wrong, and their alcoholism was just a fact of life that was not really any conceptual fact to me. Nonetheless, we visited them every summer throughout my childhood.

One Uncle my Dad had ran a farm — chickens, cows, dogs, cats, pigs, goats — you name the farm animal, he most definitely had it. A true farmer with a farmer’s wife, where milk and the meat of a chicken, turkey, deer, rabbits, or pig came from all of his animals, and the vegetables and fruits were grown from the garden.

I have memories of that delicious food and there is probably nothing that will ever come close to how natural that food tasted in this day and age. I must say, there are many people who have wonderful childhoods and many who have bad ones, but reflecting on mine — getting to know all of my family, I had a great childhood. Unfortunately, as I am much older now, the majority of the family is now deceased and there is hardly anyone to visit.

Of all the childhood memories I have, I reflect on when I found my soul mate. I was just in 5th grade, about 10 or 11 years old, when I found her… but in fact, it was not a her, it was a him. An orange cat on that Uncle’s farm, whom also had a gray sister. Naturally, being children, my sister and I ran all over the place trying to catch the chickens, the dogs, the cats, etc. These kittens were a new addition and we had really wanted them, with approval from our mother, who was not with us.

I had originally caught the gray one, who was to be called Chelsea, by my sister, but she hissed at me and scared me, and I ended up passing her over to my sister, who loved her. I caught my own orange little kitten, whom I called princess. Upon further investigation, we discovered the orange kitten was a boy, and renamed him Garfield. He had stripes and was slightly larger in size than the other kitten. All the same, he became very precious to me.

My sister and I both slept with our new kittens, possibly training them to become adapted to sleeping with us. Most times, once asleep, the kittens would leave our beds and explore the house at night, running around, chasing things, and being kittens — and always returning early in the morning for a morning cuddle. Over time, my Garfield grew to be a big fat cat who loved to eat, who was possessive of me, and who literally became my best friend.

We hung out together and although I would often play video games or have fun on my computer, my cat would always sit next to me, at my feet, or on the bed, looking at me, as if he were ready for bed, and I should be going to bed with him. Some nights, I would close my door, and the cat would either want out or in — all throughout the night. He became so adapted to sleeping with me that it was just a natural partner to sleep with and sleeping without him made me feel lonely. He too, seemed to have a hard time going to sleep without me.

Read Another Confession:   Survey Reveals Why Seniors Are Putting Off Retirement [Infographic]

When I had given up my bed and switched to a couch, there was no room for him. I would pull up my computer chair right next to the couch, and although he would stay in my arms until I fell asleep, he would always wander over to that computer chair, which was always right beside me. Many times, I would wake up in the morning to him licking my face, licking my hair, or giving me a bath. This cat was my soul mate, my love, my everything.

The time had come, where I had studied at a local college, and I was ready to move on — to study in another state, to travel, to live life. My cat was about 15 at that time. It was the hardest decision of my life — yes, leaving my family was hard too, but I had to leave my cat. I felt that moving him would only cause him stress and I did not want to do that to him. Besides, where I was at home, was his home, and all he had ever known.

I could not move him to another place. Therefore, I made the decision to move on, go to college in another state, and kept in contact with him through phone and FaceTime. It sounds crazy, but my mother did sometimes put him near the phone or my brother would hold his phone to the cat so he could hear my voice.

Eventually, the cat would adopt my brother as his own, but whenever I came home, Garfield always knew who I was. I could tell he was getting old… he was never an unhappy cat, as there was lots of love for him provided by my family. He was a family member — one of the oldest pets we had ever had, and so everyone loved him and treated him exactly the way I would have wanted them to treat him.

After graduating college, I was stuck with another decision: Move back home, stay in the state I was in and find a job, or… in my case, I was offered an opportunity to teach English in Israel. I ended up taking it, realizing that I would probably never see my cat again, only because his health had deteriorated so much.

Garfield ended up living almost another year after I had went and taught English in Israel. I knew that the hardest part was that I would return home to a house with my orange cat, Garfield. Although I must admit, I did not have to go through the pain and suffering of watching him grow old to the point where he knew it was his time to go.

My mother is the one who did have to go through seeing it and she did cry for me. I did cry too, but my whole family cried for this cat, because had had lived over 17 years as a member of our family. We had gotten him as a kitten and now he was an old man cat.

I am a cat lover and always will be, and when presented with the opportunity to hang around cats, I always love it. Since my cat’s death, however, I have never had another cat. I have not replaced him with another cat. So many people run out to the pet shop and do not mind rushing in to the purchase or finding of another animal, to fill the void that has left the world.

There is certainly nothing wrong with this, and most people — animal lovers – never forget their former pets, but for me, I just never had the motivation, ambition, or heart to replace the love I had for that cat. Although I would not mind having more cats when I am ready to settle down, I feel as if Garfield was my soul mate, my one and only cat that really made me understand what it means to love an animal, to love cats, like I love my family, like I love a soul mate. Garfield is and will always be my cat, my soul mate.