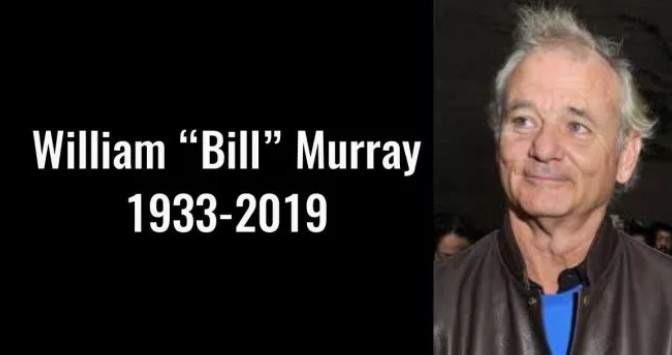 Different Kitchen Cabinet Door Types and Styles [Infographic]
Payment Gateways: Who, What, Why and Where

There is nothing more fascinating and upsetting than the death of a celebrity. America is obsessed with celebrities and often times, a celebrity death will take precedence over just about any other news headline on any news network. While I hate to learn that a celebrity has died, I admit that there is something about a celebrity death that makes me think about my own life and the world.

On Confessions of the Professions, I do keep a record of celebrities who have passed away, but never got to see their last works, film, or were working on a project, so when it comes to a celebrity death, I try to keep up to date on just about every celebrity who qualifies to be a legend in celebrity death, though I still find time to read other important news, and a celebrity death, although sad, is probably not the most important information that could be reported by a news network.

Celebrity deaths often make headlines and are considered news, but what about celebrity deaths that turn out to be hoaxes? Not only is this both beneficial and annoying to a celebrity, but imagine if everyone in your life thought you were dead, what would your reaction be?

Read Another Confession:   Every Job in America [Infographic]

The exposure of a celebrity dying can make a celebrity who has been out of the spotlight for years known again and possibly even jumpstart their career again, but a celebrity also has to openly come out into the spotlight to make it known that they are alive, and their death was fake.

The first reports of death hoaxes began after the death of Franklin D. Roosevelt, in which rumors were reported that Charlie Chaplain and Frank Sinatra had also passed away, despite these being complete rumors and untrue stories.

Many celebrities fall victim to death hoaxes every year, either through rumors or news reports of their deaths, despite their being alive, well, and very healthy. This usually occurs after the death of a real celebrity, in which media is hyped up, and anticipation about the “next celebrity death” is in question.

Since news and rumors can spread around the Internet within seconds, especially through Twitter and Facebook, there are websites that exist that cover every celebrity to let you know whether they are alive or not.

There is even a website dedicated to checking the status of one very old celebrity, Abe Vigoda, who is 94 years old, and that is the only purpose of the website, to let you know if he is alive or dead. Recently, a report that beloved Betty White, who is 93 years old had passed away, but this was a hoax.

There are also plenty of rumors to deny the death of a celebrity, despite the celebrity being dead. For example, Paul Walker was in a horrendous car accident in 2013 and a news article was released that it all had been a hoax, though it was real, and the celebrity was confirmed dead.

For quite some time, Elvis Presley, Michael Jackson, and rappers Tupac (2Pac) and Biggie Smalls deaths’ were believed to all be hoaxes, despite confirmed accounts of their death by police officers, coroners, and releases of autopsy reports.

The reason that these deaths may be rejected for long periods of time is because the families and production agencies of these musical artists acquire the rights to release previously unreleased albums, making it appear as if the music artist is releasing new music. In the case of Tupac, many believe he released more albums dead than alive. These artists sometimes even make more money deceased than when they were alive.

The Chappelle Show once joked about Tupac’s death, as you can see in the video below. Despite the denial of his death, Tupac is deceased, though there are many people out there who would disagree with me completely and are convinced he is alive and well, but living undercover or living with a different name in another country.

Different Kitchen Cabinet Door Types and Styles [Infographic]
Payment Gateways: Who, What, Why and Where

Read Another Confession:   How To Choose The Perfect Office Chair