There are always those dreams we have, of being rich, of being successful, and we strive for those things our entire lives. Sometimes we get lucky and other times we have to work for what we want in life. I look at my life and I have helped build a successful empire. I am on the board of a large corporation, that sells women’s products, and is a million dollar company. I could have almost everything and anything I want. I could take trips around the world or retire. I continue to do what I do because I enjoy what I do and always looking to invest in those businesses that are likely to become successful. I am certainly in it for the money but I do enjoy seeing the success of businesses. I am good at what I do. I give to charity, donate blood, and still volunteer whenever possible, but that is not the point of the story. I said I could have everything I want. Everything but you.

How I got to this point in my life has been through many connections, knowing others, being charismatic, impressing others, making good deals, sometimes getting lucky, and also learning how the business world works. I made some amazing investments and made some bad ones that almost destroyed me, but I kept at it, investing almost every penny I had when I was younger to become the successful chap I am today.

When I was at the University, I was just the average guy, studying to be something, helping others, joining clubs, writing papers, studying all night, dozing off in the library, and working a minimum wage job wondering how I was going to pay off all my student loans. I was interested in all sorts of things, majoring in Liberal Arts and then Business Management. I quickly learned that successful people do not work for others, but rather, they come up with their own ideas and find investors for support. I wanted to be my own man and not work for the man, so I studied market trends, business trends, ideas, and everything else and I even invested in some companies and ideas that either became very successful or led nowhere. You certainly have to be a bit of a gambler, and to do that, you just have to know when to take the risk and when to walk away.

My time at the university was well spent because I would soon meet the girl of my dreams. I had always kept to myself and gave up on love and women. I wanted to just focus on my studies and become successful. I was a shy guy who grew out of his shell but still kept getting rejected at every turn. Dating was just not in my cards and the few opportunities that arose really just meant nothing or didn’t work out. I had accepted my fate of being the friend and never the lover.

This became my advantage, as I started listening to what girls were complaining about when they told me about their boyfriends or guys in general. This definitely helped me in later relationships to do the right thing to make the woman I am with feel very special. There is always a balance with this though, for if you put her up on a pedestal too fast, she may take advantage of it and see you as nothing more but a money bag or a sugar daddy. There is the occasion though where you do things just right and she loves you for you and not what you can do for her, and when that magic happens, it tends to connect the chaotic universe and everything suddenly makes sense all at once, even if it is just for a brief moment in time. 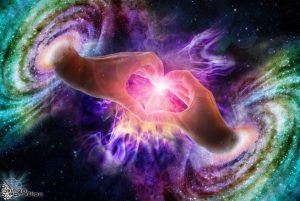 I noticed her in the hall, on introduction day, and thought that she was very pretty. Her name was Emily. She had long brunette hair, mesmerizing brown eyes, rosy cheeks, and a smile that I couldn’t resist. She also had a slightly crooked front tooth that appeared straight at times, but only added to her beauty. I thought about her and knew that I had feelings for her that I could not explain. So I purposely avoided her as to not get too close and hurt myself because of it. She was part of the Student Business Association at the college and I figured I would join it too, as that was something I wanted to learn about. I had no clue that joining would draw us closer together. To make it brief, the President of the club and several others were graduating and needed several members to replace them. She immediately jumped at the opportunity to be President of the Business club and I hesitated, as I really did not want to be that involved with it. Eventually, the President convinced me to become a board member and supporter. I was basically the Vice President.

As the semester went by, we were having to get more involved in the Business club. Since we were the top members, we were inclined to set up events, run them, and clean up. We got closer during this period of time. At first, we would look at each other and smile, and then other times we would lock eyes, as if we had known each other for our entire lives and we did not need to say any words. Emily had won an award for her influence in the business club. I admired her. I envied her. I was falling in love with her. I worked up the courage to ask her out and she happily agreed.

We went to a concert and had an amazing time. It was the start to a wonderful relationship. I knew she was the one and I wanted to spend every night with her. Nothing else mattered. Whenever she was around, I could feel her presence, I could smell her sweet perfume of Chanel, I always knew when she came into the room because it lit up as she entered. She would always find me and we would hug and cuddle and it felt as if our presence around each other only encouraged us to be the best that we could be. She truly inspired and motivated me to go above and beyond.

For several months, Emily and I flirted and hung out on quite a few occasions, and even had several romantic passionate evenings together. I believed everything was great. We never stated what we actually were, but I had hoped it was a meaningful relationship of boyfriend and girlfriend, and eventually, I wanted this girl to be the love of my life and my wife. I wanted us to be more and it took me awhile to work up the courage again to pursue trying to make it more. It took me several more weeks to work up the courage to ask, but I had to know. Sometimes I wish I had never bothered to ask. Unfortunately, once I brought up the subject, she said she loved me but that she did not want to be with me.

For the next few months after that, we still kept a close relationship, on and off. But she grew more distant as time went by and I knew that no matter how much I tried to woo her, no matter what I did, no matter how much time I spent with her, she was not in love with me. At the time, I even knew that all the money in the world would not and could not make her fall in love with me. Trying to make someone fall in love with you is as hopeless as trying to fall in love with someone. There are rare moments, like how our relationship started, where the chaotic universe all became a beautiful symphony and it made sense just for a moment, but now it was chaotic again, and will forever remain that way.

Read Another Confession:   Sexual Harassment in the Workplace [Infographic]

When we went our separate ways, we kept in touch, talking to each other by phone or email, but that too, eventually faded over the years, and we no longer speak. I still think of her occasionally, and though I am not a married man, I am currently dating a great woman, but unfortunately, I must admit that I believe we come to discover our soul mate, our true love, on very seldom occurrences, if only once, where we just know that significant person is the one to whom we belong, and to the one, whom belongs to us. I sometimes dream about her, having a family with her, and living a completely different life with her. Other repetitive dreams of her make her out to be a cold-hearted bitch that ignores me and is very distant from me, as if she will not give me the time of day.  I have dated many women since then, but it seems that no woman can replace her. This story ends without a happy ending, as I already know that I will never be hers and she will never be mine.

It is great to love another person and have another person love you, which is often a love of convenience, usually for financial reasons, friendship, or the result of children. Then there is also the song or saying that if you can’t be with the one you love, love the one you’re with. There is also the kind of love where two people are in love with each other and make that connection, in that moment, a very rare moment, especially if it ever lasts. Most of us long for this type of love but the majority of people never find it, probably because there is nothing to ever be found. I could have everything I ever wanted but my heart and my life will never be complete because I could have everything but you.